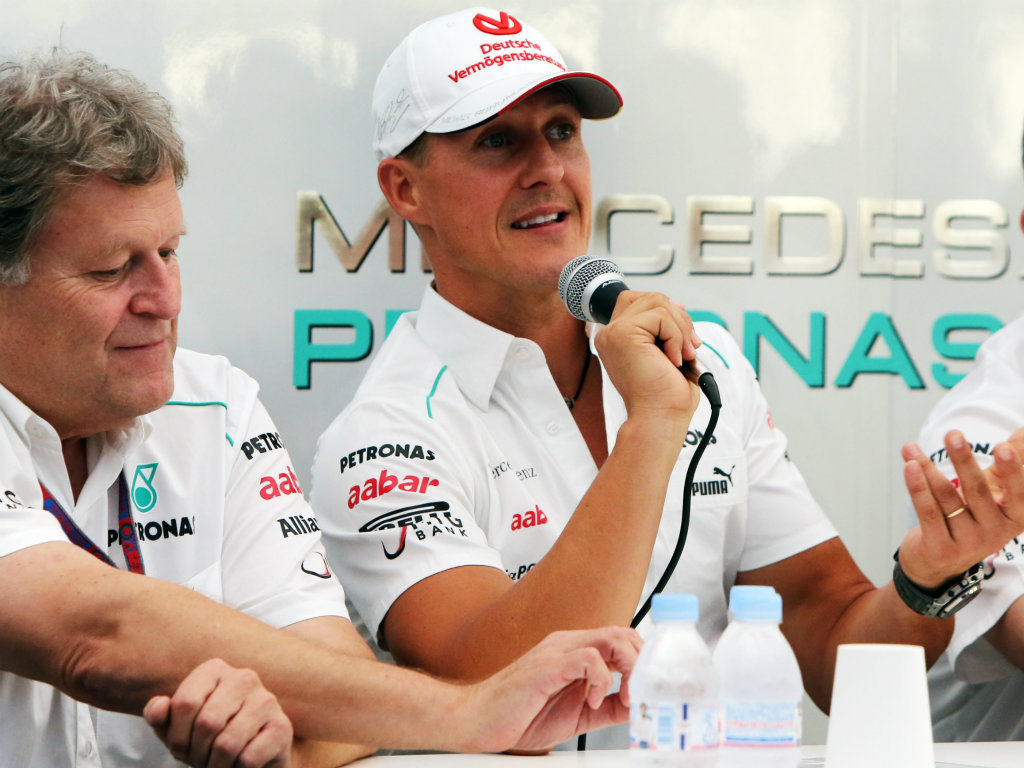 F1 has paid warm tribute to Michael Schumacher after the seven-time Champion announced he was heading back into retirement.

Drivers and team officials praised the 43-year-old German, who retains huge respect in the paddock despite his failure to win any races since returning to the sport with Mercedes in 2010.

Mercedes boss Ross Brawn, who guided Schumacher to all of his Championship wins with Benetton and Ferrari in a dominant decade between 1994 and 2004, said Schumacher was simply the “greatest racing driver of this century”.

“I was very privileged to work with Michael from the very beginning and obviously we had some fantastic times, tough times too, but also very successful times,” Brawn said in Suzuka, where Schumacher made his announcement.

“I think Michael brought a lot to the team in this second period that people don’t see. There was a huge contribution behind the scenes.

“We have not achieved what we wanted to achieve together, and that is frustrating, but I think what we do achieve in the future, Michael will have made a contribution to it.

“So for me personally, (that is why) he is the greatest racing driver of this century.”

Red Bull’s Sebastian Vettel, regarded by some as Schumacher’s heir apparent after winning the last two World Championships, called his retirement “a shame and a great loss for Formula One”.

“In the last three years we had a lot of fun with him,” said Vettel, 25. “For me he is still one of the greatest. It was always special to race against him. On the track, he was sometimes tough, but always fair.”

Vettel said Schumacher didn’t have to “prove anything to anyone” and added that he hoped to see his idol “in a different capacity, but still on the track” next season.

Nico Rosberg, Schumacher’s team-mate at Mercedes, said he was a “huge loss for our sport.

“I am very, very lucky that I had him as a team-mate for three years. I have huge respect for his achievements,” Rosberg said.

“He was out of Formula One for three years, that is so hard to come back again and reach the level he is at now.”

Mercedes-Benz motorsport boss Norbert Haug was also applauded Schumacher’s professional demeanour despite his difficulties since returning to the demanding sport in a less-than-competitive car.

“He gave it everything. He never complained, and he was a constructive guy,” said Haug.

“I learned from this ‘new’ Michael in his second career even more than in the first, because he was successful and we were friends and we are friends.”