Home Uncategorized F1 needs repeat, but not of Aussie bore-fest 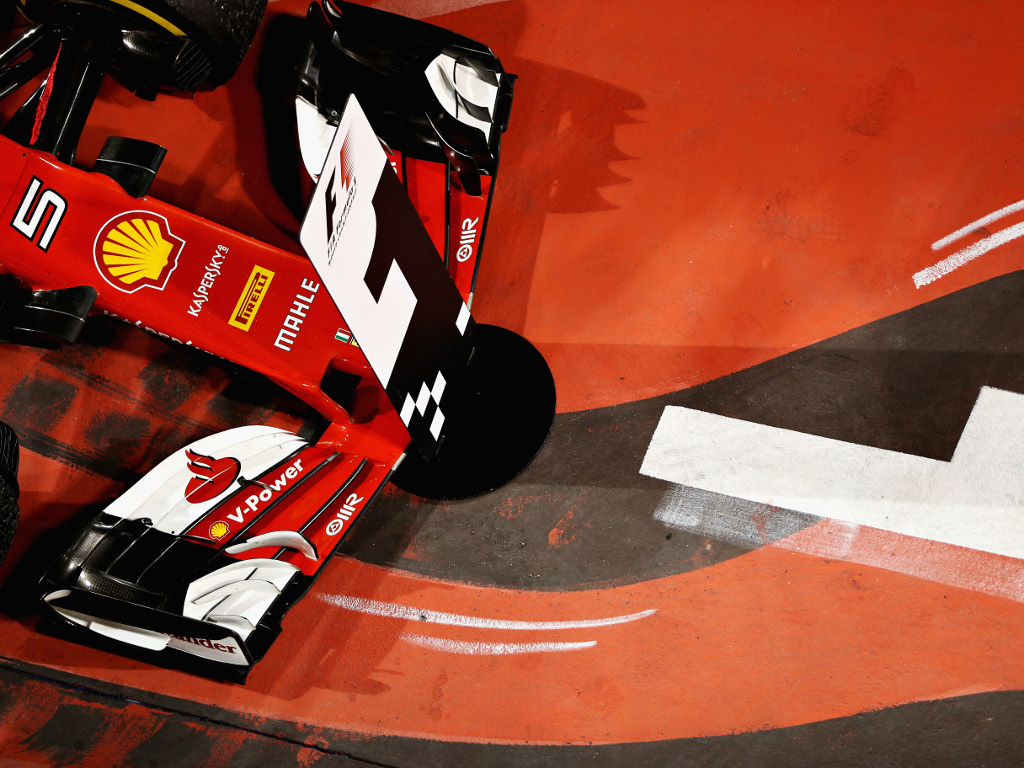 After the bore-fest that was the Australian GP, Formula 1 heads to the Bahrain International Circuit in need of a repeat of the 2017 thriller – although this time Mercedes will want a different result.

F1 did not cover itself in glory two weeks ago when the 2018 season began in Melbourne. The race saw just five overtakes after the opening lap despite the FIA adding a third DRS zone. The three main talking points in a nutshell: Lewis Hamilton forced to back off instead of fight for the victory in order to save the first of his three penalty-free engines; Sebastian Vettel lucked into the win through a Virtual Safety Car; and both Haas cars retired because of pit stop issues.

On the upside, and there is always an upside, someone other than Hamilton is leading the championship meaning we may yet have a proper battle on our hands this season while Haas were running inside the top six when they retired; back-to-back P4 team Force India failed to score in Melbourne for the first time since 2009 but McLaren and Renault did – and with both cars – hinting at a closely-contested midfield battle.

But still it was a boring race with Max Verstappen saying he would have turned the TV off had he been watching at home. As such, it is a good thing that Formula 1’s next stop is Bahrain given last year’s action-packed race that was a thriller from start to finish.

Valtteri Bottas and Hamilton locked out the front row of the grid but it was Vettel who won under the lights in the dessert. There was a Safety Car and a five-second penalty for Hamilton for driving unnecessarily slow into the pits; Bottas and Vettel raced wheel-to-wheel for the lead; Raikkonen did the same with Ricciardo but not for the win; Max Verstappen crashed at Turn 4 – nose first into the barriers as his RB13’s brakes failed; Lance Stroll and Carlos Sainz met with force; and McLaren recorded a double DNF. Here’s hoping for a repeat!

The Bahrain International Circuit has witnessed 13 Formula 1 grands prix with five wins for Ferrari, three to Mercedes and two apiece for Red Bull and Renault. This season it is likely to be Ferrari and Mercedes once again tussling for the win as the title protagonists have locked out the podium three years running. Prior to that Sergio Perez was the last non-Ferrari or Mercedes driver to finish inside the top three, third for Force India in 2014, while Red Bull won the race the previous two seasons.

But with its mix of straights and heavy braking, Hamilton fears Ferrari will have the advantage this weekend, warning that the Scuderia will be “really quick on the straights, they are going to be rapid in the next race”. Last year Ferrari had the better pace with soft compound tyres in hot conditions – and Bahrain is hot. With an average high of 30’C over the three days, the drivers can expect the track temperature to hover in the high 40s only for it to drop rapidly as the sun sets, which will be during qualifying and the grand prix. As such it will be a test for Mercedes to see whether they have resolved the tyre issue with their W09 having struggled with its ‘diva’ predecessor.

Daniel Ricciardo acknowledges that all the teams will be chasing the changing track conditions. “Normally if you’re quick you don’t want to touch the car but in Bahrain you are forced to as the conditions change so much in the evenings,” said the Red Bull driver. He is hoping that Red Bull will enter the mix for the win, although perhaps it is Red Bull who will be hoping for it even more after Ricciardo stated that his future could hinge on whether the RB14 wins races early this season.

Behind the leading trio, 14 drivers want to occupy the next six places – and at least eight of them have a reasonable shot. McLaren and Renault are seeking back-to-back double points-hauls and perhaps even a stab at the podium while Force India will be determined to return to points-scoring ways after their 14-race streak ended in Melbourne. Haas will be looking to back up their Melbourne pace with Bahrain points while Williams, Sauber and Toro Rosso all have a lot of questions to answer.