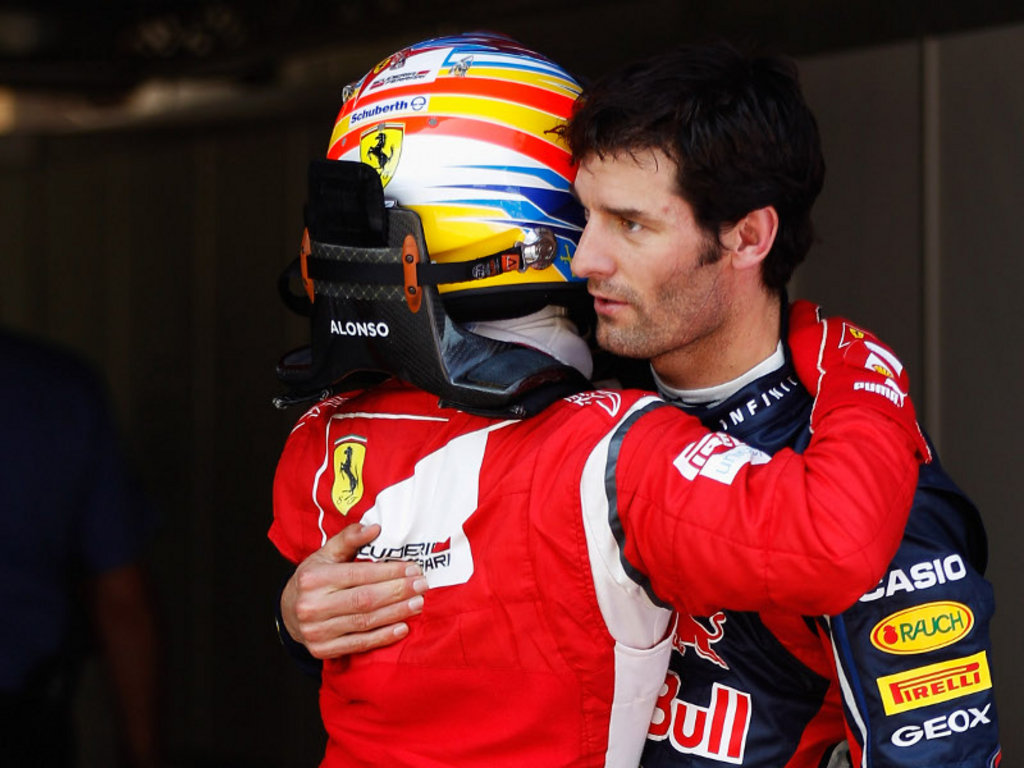 Mark Webber fears Formula One is starting to become too slow as speed is being sacrificed for showbusiness.

As a purist, Webber has been far from happy this season with just how the sport has evolved, especially in light of the arrival of new tyre suppliers Pirelli.

The Italian manufacturers have added another dimension to F1, but Webber does not believe it has all been for the sport’s benefit.

The thrill of qualifying has died as drivers now prefer to preserve a set of the faster softer tyres for the race.

As for grands prix themselves, severe tyre degradation resulted in a record number of pit stops and overtaking manoeuvres in the last race in Turkey.

With Pirelli also unleashing their new super-hard compound Lewis Hamilton on Friday described as “a disaster”, Webber believes F1 could be dragged back towards the lesser series.

After taking pole for Saturday’s Spanish Grand Prix with a lap that was one second slower than last year, Webber issued a warning.

“We need to be careful in F1 with our long-run pace that we don’t get too close to the other categories in terms of lap times,” said the Red Bull star.

“We still need to be the pinnacle, to be able to push the cars to the limit – man against machine – throughout a grand prix and have very strong lap times.

“So as long as we can keep doing that then that’s good, but I don’t think the long runs on Friday were particularly impressive for a Formula One car around here.

“If you look at a GP3 lap time, I think they did a lap of one minute 38 seconds. Some of my laps at the end of my long run were one minute 30.

“So eight seconds, and I think the budget’s a little bit different. We need to keep an eye on that.

“Pirelli are working hard, but we need to make sure the degradation and pace is still of a sensible magnitude, that the cars can be put on the limit and not get too far to the showbiz side of things.”

With the super-hard tyre two and a half seconds slower per lap than the soft rubber, Red Bull and McLaren both gambled in today’s Q1 by opting not to use the latter.

It paid off, but there could have been dire consequences for Virgin and Hispania Racing if both McLaren and Red Bull had been forced to use the softs.

Almost certainly the four drivers representing Virgin and Hispania would have finished outside the 107% rule, and so unable to compete in the race.

“It’s a bit of a dangerous game with that (super-hard) tyre,” added Webber.

“If McLaren and Red Bull want to put on an option (soft tyre) in Q1, then we maybe send two or three teams home.

“That’s not ideal for some people, so we also need to keep an eye on that.”