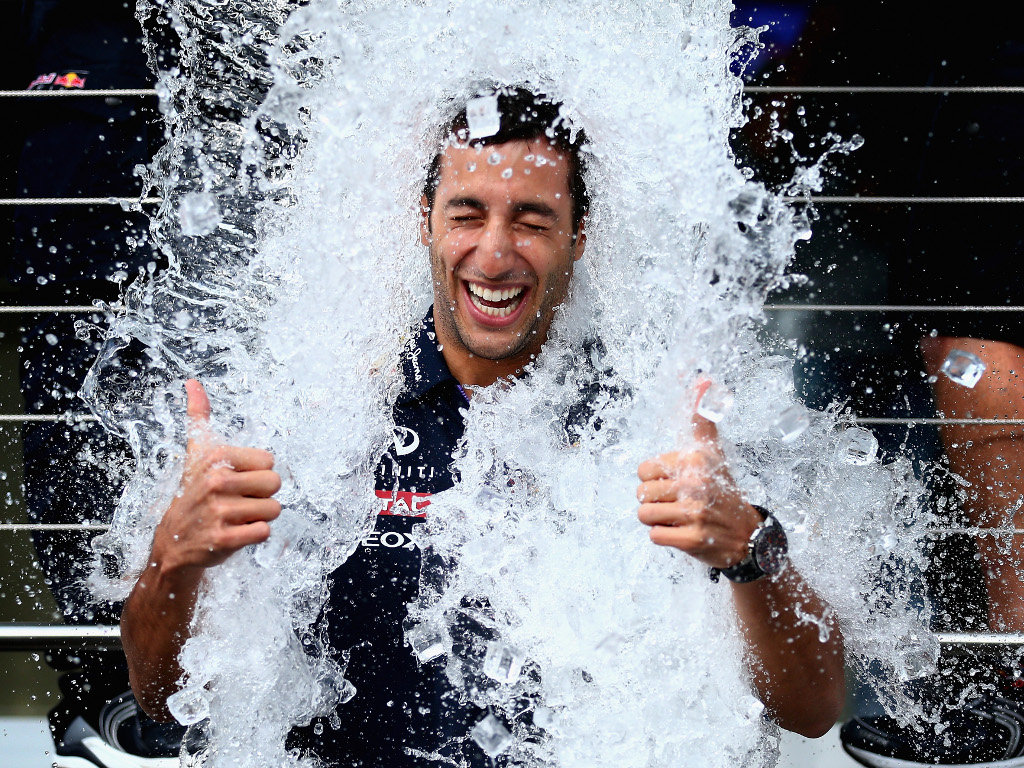 Williams driver Massa was first to take up the challenge and he nominated former Ferrari team-mate Fernando Alonso and Red Bull’s Ricciardo.

Hungarian Grand Prix winner Ricciardo from Australia accepted the challenge and he in turn nominated Hamilton from Mercedes and Red Bull team principal Christian Horner, who is yet to come to the party.

Hamilton was next to do the business before Free Practice One at the Belgian GP at Spa and he challenged actors Will Smith and Tom Cruise.

Horner and Newey were next to go and the former challenged Merc chief Niki Lauda, McLaren boss Ron Dennis and Williams’ deputy team principal Claire Williams while David Coulthard was among Newey’s “chosen ones”.

Visit Ice Bucket Challenge for more on the charity.