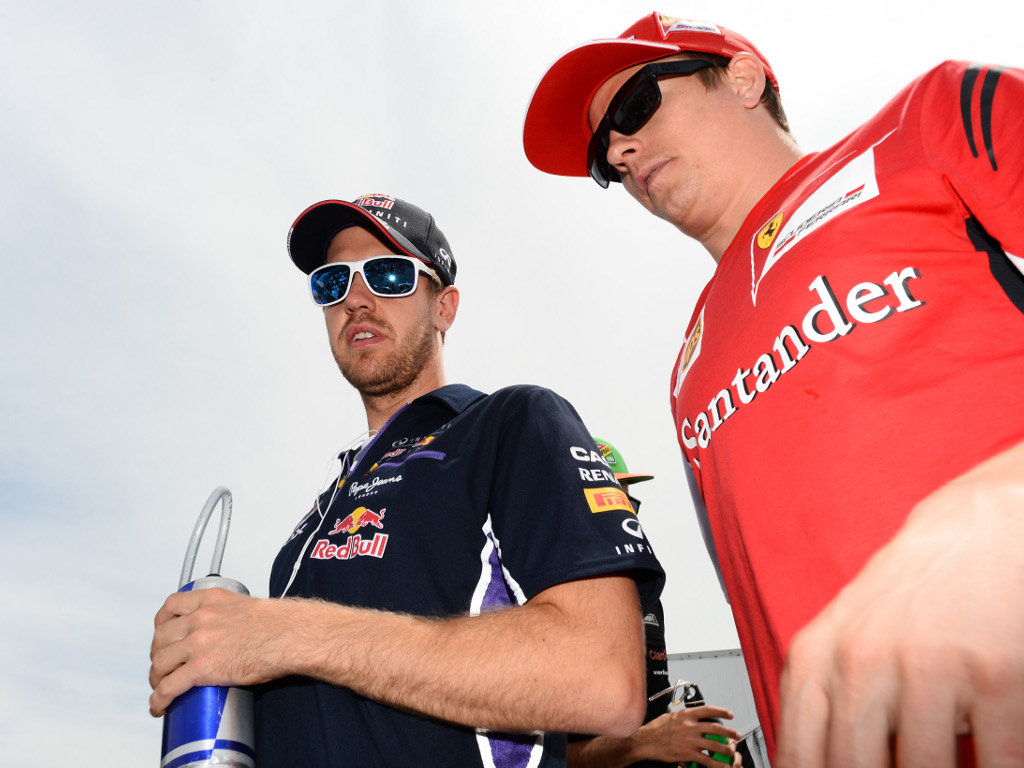 As you’ve probably seen, PlanetF1 has been changing internet platforms with all the technical ease of the launch of F1’s hybrid power units. However, just as old record companies like Tamla Motown discover a few lost recordings when they move office, we’ve found an Andrew Davies feature that slipped between the cracks. It’s his ‘F1 Wish List for 2015’. The only thing he seemed to leave off was ‘Dear Santa…’

1.Susie Wolff to get a greater role in F1
Considering how much easier F1 cars are to drive compared to the beasts of the 1970s and 80s, it’s amazing that we haven’t had a female driver in F1 in the last ten years. Susie ticks many boxes (and all of Toto’s). She’s intelligent, articulate, passionate about the sport and, most important of all, a good driver. Nobody makes ‘blonde jokes’ in the Williams garage that’s for sure. Having one or two Friday practice sessions is good but we need to see her in a greater role going forward.

2.Caterham to find a worthy buyer
And by ‘worthy’ we mean someone with the business acumen and ethics above that of yer average scrap metal dealer. In 2014 there was a false dawn when Tony Fernandes decided to offload his team in haste. The longer it goes on, the less the chance of a happy ending.

3.Bernie to get a cardigan
For years people have been saying things like ‘what’s going to happen to F1 when Bernie goes, he’s the only one who can hold it together?. The reality is more like, ‘Bernie is the only one that’s holding F1 back’. Right now we have a commercial rights holder that’s earning billions from the sport, yet there could be just 18 cars on the grid in Melbourne. And six of those 18 cars are at risk. F1 is failing to get to grips with social media. Bernie slags off his own sport mercilessly and turns his back on whole sections of fans. It’s high time he got the pipe, slippers and cardigans and maybe a beach hut on the front at Bournemouth.

4.Further limit aero development time
One of the great costs of F1 is the endless fine tuning of the cars’ aero package. Creating the perfect air flow over an F1 car’s myriad surfaces does little to enhance the spectacle of the racing and just makes it harder for cars to close up behind – hence we have the artifice of the DRS. F1 teams need their wind tunnel time and CFD design time reduced further. Instead give the cars wider tyres for more mechanical grip.

5.Ramp the power up to 1000BHP
There’s already a working group established for this, but the prospect of turbo cars returning to this kind of brutal power level is very attractive. Engine bosses believe that it may be possible with the current engines if the maximum fuel allowance goes beyond 100kg, and the rev range increased. That would make the cars noisier and much more of a handful to drive.

6.We want five different race winning teams
The start of the 2012 season was phenomenal in that there were seven different race winners for the first seven races. It wasn’t till we got to the European GP at Valencia in June that Fernando Alonso got a repeat win for. What F1 needs this year is that same kind of sequence to demonstrate a bit of unpredictability – in 2012 it was: McLaren, Ferrari, Mercedes, Red Bull, Williams.

7. Vettel and Raikkonen to get perfect cars…
…to suit their driving styles. Last season it was painful to see Kimi and (to a lesser extent) Sebastian struggle with set-up, followed by all the tetchy post-race interviews. Ferrari technical director James Allison has had a whole year in which to deliver a car that suits Raikkonen, so the prospects of a Vettel vs Raikkonen ding-dong in 2015 must be good. And it’s what F1 needs to complement the Rosberg vs Hamilton duel.

8. Lotus, Force India and Sauber to survive
And thrive. It’s essential to retain as many teams as possible, for a huge variety of reasons, not least because we don’t want F1 to become the new DTM.

9.Honda to be competitive in their first season
Honda’s announcement that they were returning to F1 breathed new life into a sport that has seen few entrances and many exits. It was an affirmation that the new technology was going to create a brave new world of a more diverse sport, with perhaps the addition of VW/Audi or the return of BMW somewhere down the line. Having decided to enter the V6 turbo engine a year after everyone else, the worst-case scenario is that they are behind the curve on engine development. With Renault, Mercedes and Ferrari now allowed to continually develop through 2015, can F1 afford to see Honda frozen out?

10. TV coverage of driver briefings
We were promised this years ago under Max. F1’s broadcasters were going to sit in on Charlie Whiting’s pre-race briefings. Anyone who’s seen the Senna movie will know how interesting they can be, and it’s a chance to see what drivers are like amongst their peers -not when it’s one-to-one with a TV interviewer and they have a press officer lurking behind their shoulder.