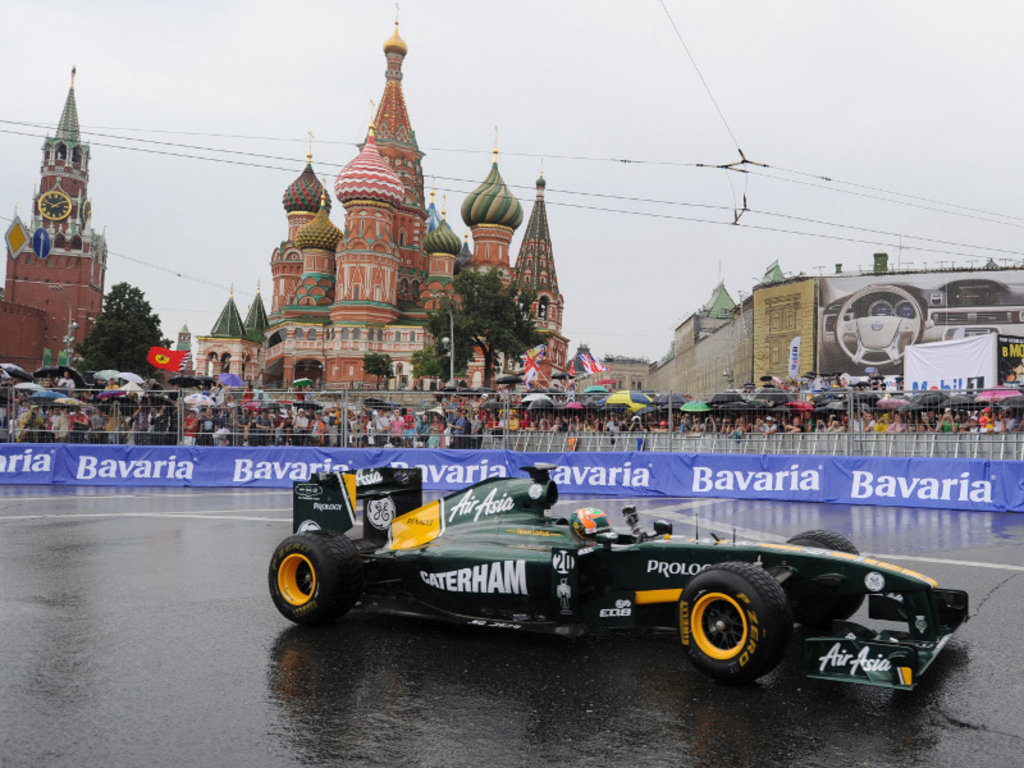 F1 took a detour around the walls of the Kremlin on Sunday as McLaren, Ferrari and Team Lotus took part in the annual Moscow City Racing show…

F1 took a detour around the walls of the Kremlin on Sunday as McLaren, Ferrari and Team Lotus took part in the annual Moscow City Racing show.

Although torrential rain meant the action got underway after a slight delay, it did little to dampen the mood of the fans lining the 4.5km street course around the Kremlin and Red Square.

“I can hardly believe I had the possibility to drive a Formula One car around the walls of the ancient Kremlin,” said McLaren driver Jenson Button.

“I see that the number of fans here is rising from year to year. It’s a very good sign that shows the popularity of Formula One in Russia is rising.”

Ferrari test driver Giancarlo Fisichella also took part, tackling two runs in last year’s F10. “It was a great honour to represent the Scuderia on such a special occasion, the first time a Ferrari Formula 1 car has been driven through the streets of Moscow,” said the Italian.

“The organisers have done an amazing job to lay out such an interesting course, which I definitely found more interesting than previous ones of this type that I have driven.

“You had to be very careful, because the water made the urban streets slippery, but it was really exciting to feel the enthusiasm of the fans as I was driving and they were not put off by the rain, packing the viewing areas around the track.”

Meanwhile, Team Lotus hit the streets with test drivers Karun Chandhok and Luiz Razia, who did burnouts, doughnuts and reached speeds of up to 240kph on the stretch in front of the Kremlin.

It’s been an eye-opener for me, it’s a beautiful city with amazing architecture. To drive down the long straight alongside the wall of the Kremlin was pretty mega.”