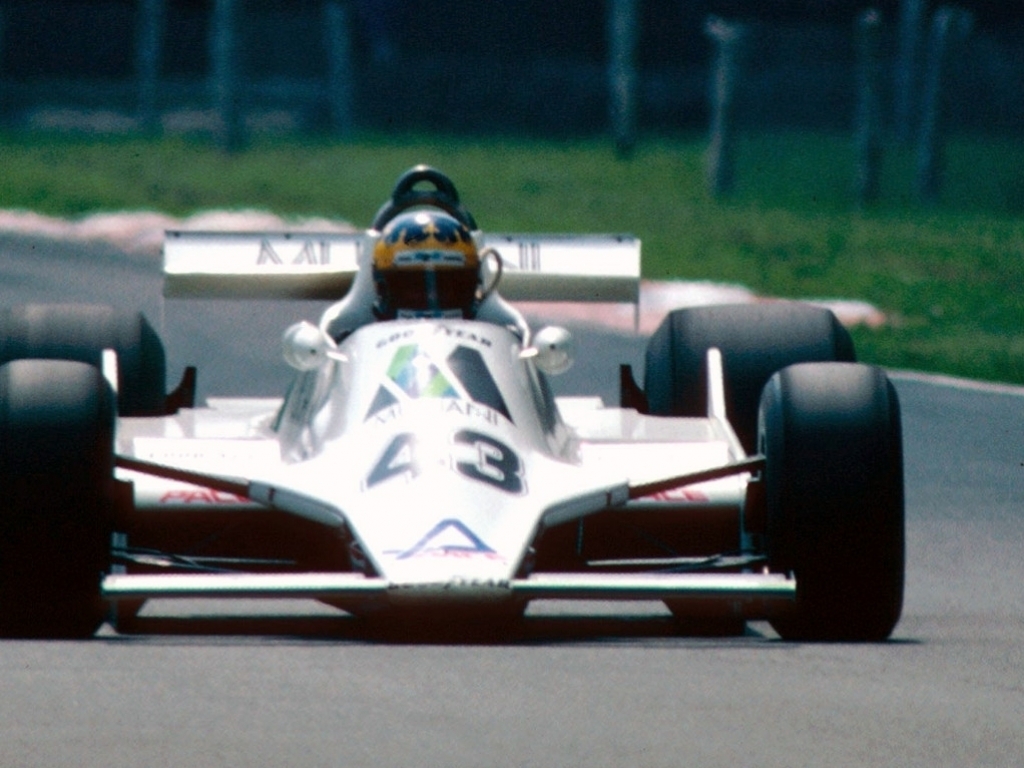 As Susie Wolff prepares for only her third foray into practice sessions, PlanetF1 chatted to Desiré Wilson, one of only five women who have actually attempted to qualify for a Formula 1 race.

The emergence of Wolff with Williams and Carmen Jorda at Lotus in recent months has led to renewed hope that a woman could soon make the step up and F1 supremo Bernie Ecclestone seems to be eager to give the issue a nudge.

However, his suggestion of an all-female series, which "would give women a showcase" as "they would attract a lot of attention and publicity and probably a lot of sponsors" hasn’t been welcomed by all.

Wolff and Jorda have contrasting views though with the Williams driver saying "it would not interest me at all to win such a race" while Lotus' Jorda feels "a female F1 Championship would be the right answer".

Desiré Wilson has been there and done that, although she doesn't quite have the T-shirt for taking part in an official race as she failed to qualify for the 1980 British Grand Prix, a race in which one Keke Rosberg also failed to qualify.

However, she is still the only woman to win a F1 race of any kind following her success at the British Aurora F1 series at Brands Hatch in 1980.

It is no surprise to see that Wilson sides with Wolff on the issue of an all-female series.

"As Susie Wolff said – this would not be a true F1 Championship as the field would not have enough qualified and talented women drivers.  Also F1 is about the best drivers, not gender to fill the field! " she told PF1.

"Who would pay for this? If we cannot even find sponsorship for one talented and qualified female F1 driver, then how are they going to pay for this at all.

"It would make more sense to support the one or two qualified women drivers, by adding more teams to the F1 field, by spreading the income fairly amongst the F1 field.

"Each year there are fewer teams! The show is good, but how about a decent 28 car field as in the 80s and 90s.

"When I tried to qualify for the 1980 British GP there were 32 cars for 28 spots – If you sneezed or bobbled you did not make the field! Not for lack of talent, qualified drivers, cars, or teams."

Lella Lombardi remains the last female to have taken part in an actual F1 race and the Italian is also the only woman to have scored points, thanks to her P6 at the 1975 Spanish GP.

Divina Galica (Surtees, Hesketh), Wilson (Williams) and Giovanna Amati (Brabham) have all attempted to reach that milestone since then, but it is more than 20 years since a female took part in qualifying with Amati's 1992 effort the last.

Wilson says it's surprising that it is taking so long for another female to make the step up to the grid on race day.

"I must admit I thought it would happen much sooner," she said. "The issue is that there are not enough talented women who race and win in the junior formulas. We need to see a woman win in GP3 and GP2, or equivalent formula. Race in respected Championships and be regular front runners.

"We have Wolff, Katherine Legge and Simone De Silvestro, who are currently the best out there.

"But even with talent, they cannot find the backing to compete with the numerous very well-funded drivers. Just look at the drivers who have enormous budgets but only survive one year.

"A woman must be a top line driver and have larger budget than the male counterpart, as they have to prove they are better than the male equivalent. They also need to achieve all this at a young age."

The world of sport has changed a lot since Wilson and co attempted to qualify for a Formula 1 race with women now breaking through and Wilson admits it wasn't easy back then.

"In my era, it was really not accepted that a woman could get the job done," Wilson said. "The cars were very difficult to drive – no power steering, no paddle shifts, no electronic data, sliding skirts. So you had to be very physically fit – I trained every day with weights and cardio (running or jogging).  However, I do believe that mentally a woman is much stronger than a man and can endure much more.

"The biggest issue was gaining the respect of the other drivers and the teams. You had to have great mechanical skills and feedback, car control, positive politically correct mind set all the time.

"You could not complain about anything – just had to get on with what you were dealt with, and win the races and show your talent."

However, the issue of money remains as important today as it did back then.

She continued: "Funding was just as important as it is now, however there were more private mentors and car owners who would sometimes give a driver the chance, but this was usually in the mid to back of the field entries. Funding would have given me a full time drive with either Arrows or Tyrrell in 1981 and 1982 with whom I had been negotiating.

"In 1981 I was to drive a third Brabham in the South African GP with Bernie Ecclestone. However, [Mexican] Hector Rebaque [who took part in 58 F1 races] came up with a full season of Pesos so he then replaced me. I drove for Ken Tyrrell in that race without any testing, or practice, so did the best I could. Ken wanted me to drive at Long Beach, but I did not have funding, even though I was in his office when he called Chris Pook to try to help place me in the car. But American Kevin Cogan had Michelob sponsorship and he got to drive. Then Michele Alboreto came up with the funding for the rest of the season. So that was that."

F1, though, is certainly changing all the time and women are a lot more accepted now so hopefully it won't take another 20 years for a female to make the grid.

For more on Desiré Wilson, you can buy Driven by Desire – The Desiré Wilson story, which is available Amazon.com worldwide.