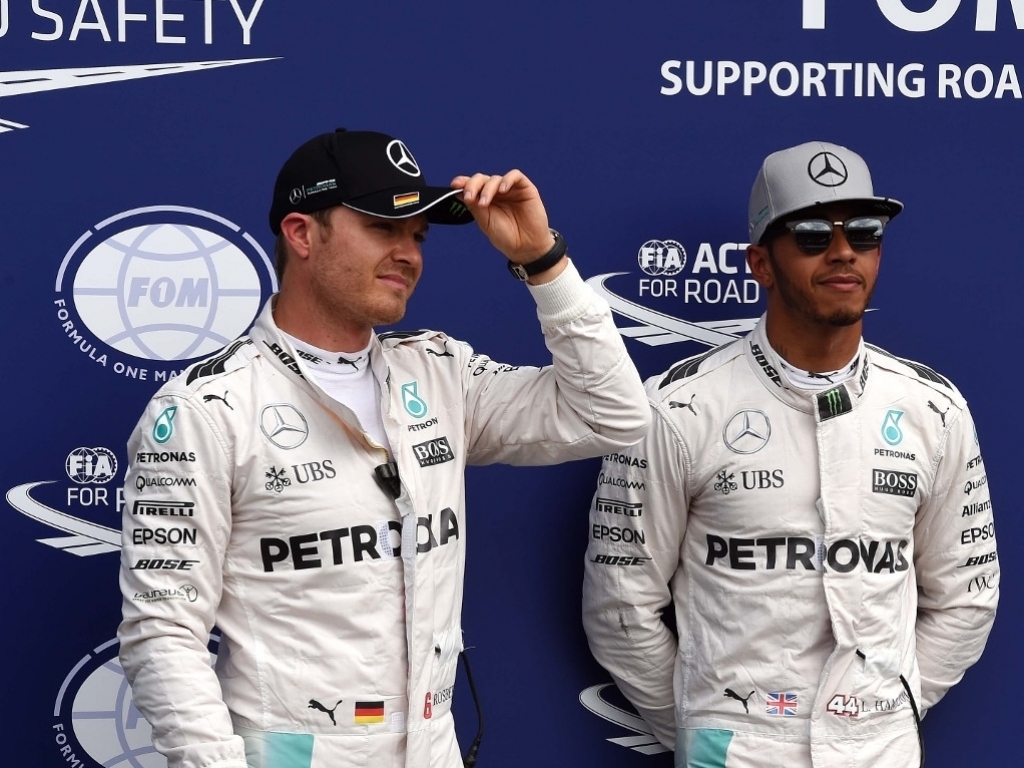 Things are getting serious as Formula 1 heads into the fourth last round of the 21-race calendar with Nico Rosberg 33 points clear of Lewis Hamilton. But if ever there was a race where the reigning Champion could fight back, the United States GP is it. Then again, we’ve said that before.

Hamilton will arrive on the Circuit of the America’s grid as a four-time US Grand Prix winner, three of those triumphs coming at COTA.

His last victory in 2015 was courtesy of a mistake from Rosberg as a wet – and rather wild and at times washed-out – weekend was decided when the German slid off the track due to wheelspin, handing the lead to Hamilton who easily turned it into a victory. In doing so Hamilton wrapped up his third Drivers’ Championship title.

This year, though, the advantage is with Rosberg.

It has been a year of firsts for the 31-year-old who has nine P1s to his tally of which seven of those – Bahrain, Russia, Europe (Baku), Belgium, Italy, Singapore, Japan – were first time victories.

As such Rosberg, who is still counting the victories and not the points, will take to the start grid confident that he can once again thwart Hamilton’s fight back.

As Mercedes non-executive director Niki Lauda stated, with 33 points in hand the only thing that can stop Rosberg from racing away with this year’s title is reliability. And that has been an issue for Mercedes.

Both drivers have struggled with clutch issues, although Hamilton has had more of those of late, while engine troubles have also plagued them, again more – many more – on Hamilton’s side of the garage.

Should Mercedes stumble – or even clash – at Austin, Red Bull and Ferrari will be looking to take advantage of the situation.

They may not be able to win the Constructors’ title, or even the Drivers’ given that third-placed Daniel Ricciardo is 101 points off the pace with 100 still in play, but ‘best of the rest’ is still up for grabs. Ricciardo is 42 points ahead of Kimi Raikkonen in the standings while Red Bull are 50 ahead of Ferrari.

However, it is Sebastian Vettel who joins Hamilton on the winners’ roster at the Circuit of the Americas. The Ferrari driver triumphed in 2013 while racing for Red Bull Racing. He was also on the podium in 2012 and again in 2015.

One team that will be looking to impress is Haas as the American outfit races in their home grand prix. Haas have not scored since Romain Grosjean’s P7 in Austria but will hope that their new front-wing, which helped them to P7 in qualifying in Japan, can elevate them into the top-ten come Sunday.

There is also fourth place in the Constructors’ Championship to play for as Force India and Williams lock horns while places on the 2017 grid – most notably Nico Hulkenberg’s Force India seat – are up for grabs for those who impress as the season draws to its conclusion.

As said, with four races remaining, the ante has been upped.