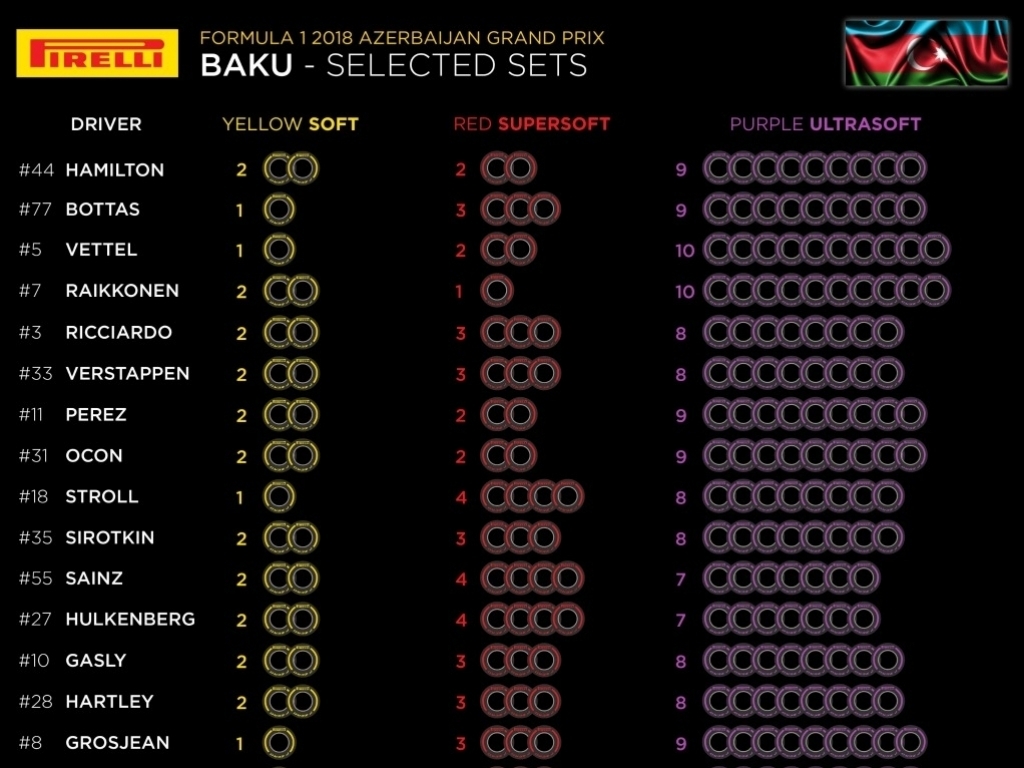 Ferrari are amongst those with the most aggressive tyre strategy for next weekend's Azerbaijan Grand Prix in Baku.

Both World Championship leader Sebastian Vettel and team-mate Kimi Raikkonen have 10 sets of the quickest ultrasoft tyre at their disposal for the weekend, alongside Sauber pair Charles Leclerc and Marcus Ericsson, as well as McLaren's Stoffel Vandoorne.

Mercedes pair Lewis Hamilton and Valtteri Bottas have one fewer set of the ultras available, while Red Bull are the most conservative team of the top three with eight sets available to both Daniel Ricciardo and Max Verstappen.

You can never have too many Purple #Fit4F1 shoes when travelling to the #AzerbaijanGP… Or can you? See what #F1 driver chose for #F1Baku All details here 👉 https://t.co/a7wIRuzkm7 pic.twitter.com/CIUarTrfGJ