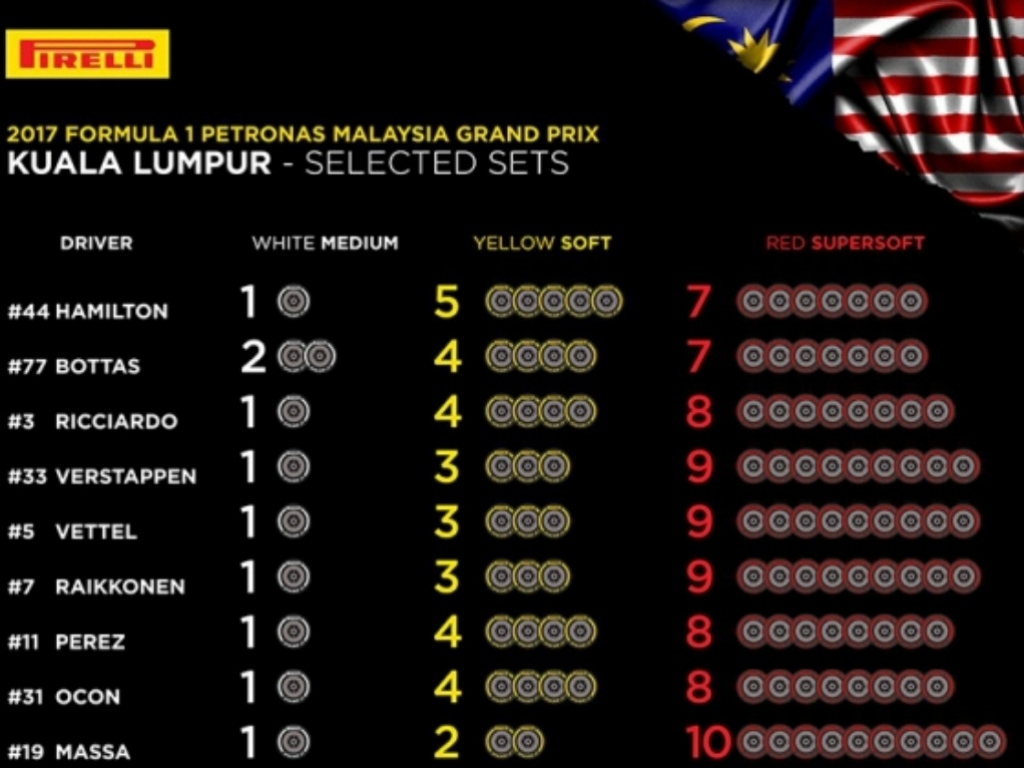 Pirelli have released the tyre choices for each driver ahead of the Malaysian Grand Prix next weekend, with Ferrari among those adopting more aggressive strategies.

Ferrari are now massively on the back foot given their catastrophic double retirement in Singapore and will try to make a recovery with Sebastian Vettel and Kimi Raikkonen both having nine sets of the supersoft tyre each.

They also have three sets of softs tyres to play with and just one set of the mediums at their disposal. Red Bull's Max Verstappen has the same strategy, as well as Renault duo Nico Hulkenberg and Jolyon Palmer.

World Championship leader Lewis Hamilton, in comparison, has two more sets of softs in his pool and team-mate Valtteri Bottas has two lots of the medium tyre.

Williams and McLaren are the most aggressive of all with Lance Stroll, Felipe Massa, Fernando Alonso and Stoffel Vandoorne all taking 10 sets of supersofts. 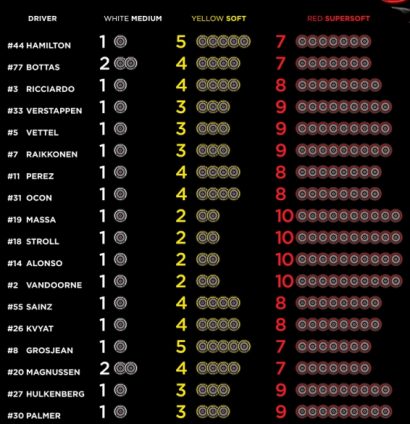