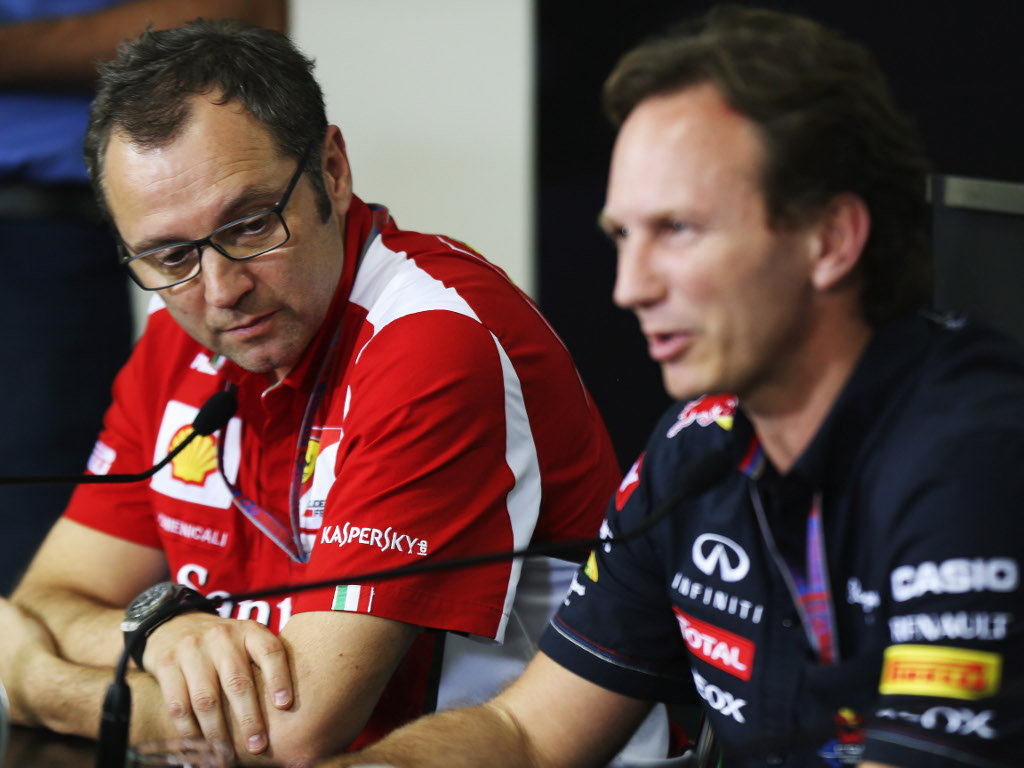 Red Bull’s hopes of getting Daniel Ricciardo’s runner-up spot at the Australian GP reinstated have received a blow with Ferrari and Mercedes warning it’s important to support the FIA over the new fuel-flow technology.

Starting second on the grid at Albert Park on Sunday, local hero Ricciardo produced an immaculate display to claim his maiden podium in his first race for Red Bull.

However, more than five hours after he crossed the finish line he was excluded from the results after the FIA found that his car “consistently” exceeded the maximum fuel-flow rate of 100kg per hour.

Red Bull, though, are adamant they didn’t do anything wrong and have indicated they will lodge an appeal with team principal Christian Horner describing it as an “immature technology” that is “impossible to rely 100 per cent on that sensor”.

It appears they won’t have the backing of Ferrari and Mercedes in any appeal though, even though the teams have admitted they were scratching their heads at times over the new technology.

Stefano Domenicali, the Ferrari team principal, is quoted by Autosport as saying: “We need to rely on the fact that it is a situation that is well managed by the FIA. We have the FIA that will do their job and I am sure there will not be a problem at all.”

Toto Wolff, the Mercedes executive director, also insisted that it is important that motorsport’s governing body is backed over the issue.

“The FIA is obviously controlling fuel flow and checking with all the teams, and it is a question of learning by doing it between the FIA and the teams,” he said.

He added: “The fuel-flow meter is an FIA system and this needs to be integrated in the cars. This is a learning process where the teams support the FIA and vice versa.”