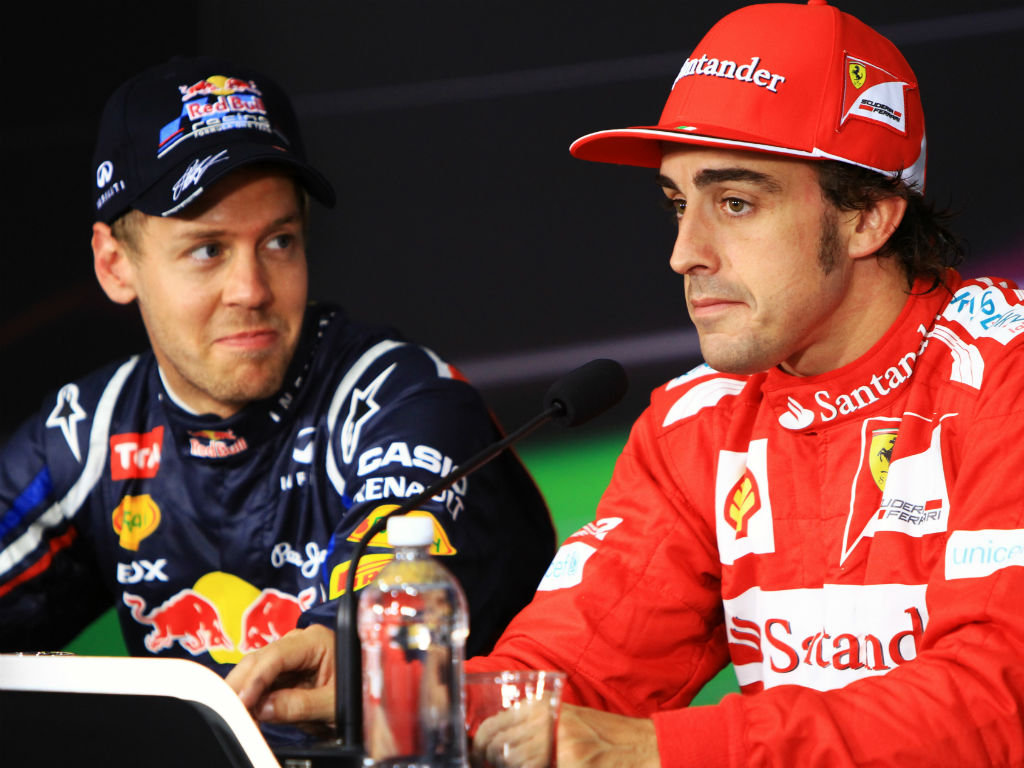 Stefano Domenicali believes Sebastian Vettel and Fernando Alonso could “easily coexist” at Ferrari, igniting rumours of a pending switch for the German.

As the ‘Vettel to Ferrari in the future’ reports refuse to die down – with some publications even claiming he has already signed a pre-contract for 2014 – the Italian team’s boss has once again thrown fuel on the fire.

Sitting down with Bernie Ecclestone for an interview with Auto Bild, Domenicali and the F1 surpremo were shown a picture of Vettel made to look as if he were wearing a Ferrari race-suit.

“All drivers want to drive for Ferrari at least once in their career, don’t they?” was Ecclestone’s response while Domenicali coyly said: “In life one should never say never!”

Pressed as to whether it would be problematic having Alonso and Vettel at the same team, otherwise worded as ‘two cocks cannot live in the same hen house’, Domenicali said: “I think they are both intelligent guys and they could easily coexist together.”

The Italian’s comments were backed up by Ecclestone.

“That wouldn’t be a problem: both are drivers who are always looking for a new challenge and to be in the same team would be a new and big challenge,” said the 81-year-old.

“They would both think they can bear the other one, as they are sure of themselves and Stefano would do what was required to so that they were treated equally.

“It would be a case of doing what I did at Brabham in 1979 with Niki Lauda and Nelson Piquet. I told them, ‘guys it’s simple: whichever one of you is quickest is the team number 1’.”

But while Ecclestone believes they could do well as team-mates, he “wouldn’t advise” Vettel to join Ferrari as “he’s still too young! Usually, a driver ends his career at Ferrari, therefore it could happen one day.”

As for talk of Ferrari also wanting Red Bull’s chief designer Adrian Newey, Domenicali said: “Newey is definitely one of the best engineers in Formula 1 but in this sport teamwork is the most important thing and in Ferrari, we have a great team, made up of people who are progressing together and who can now show what they are capable of.”