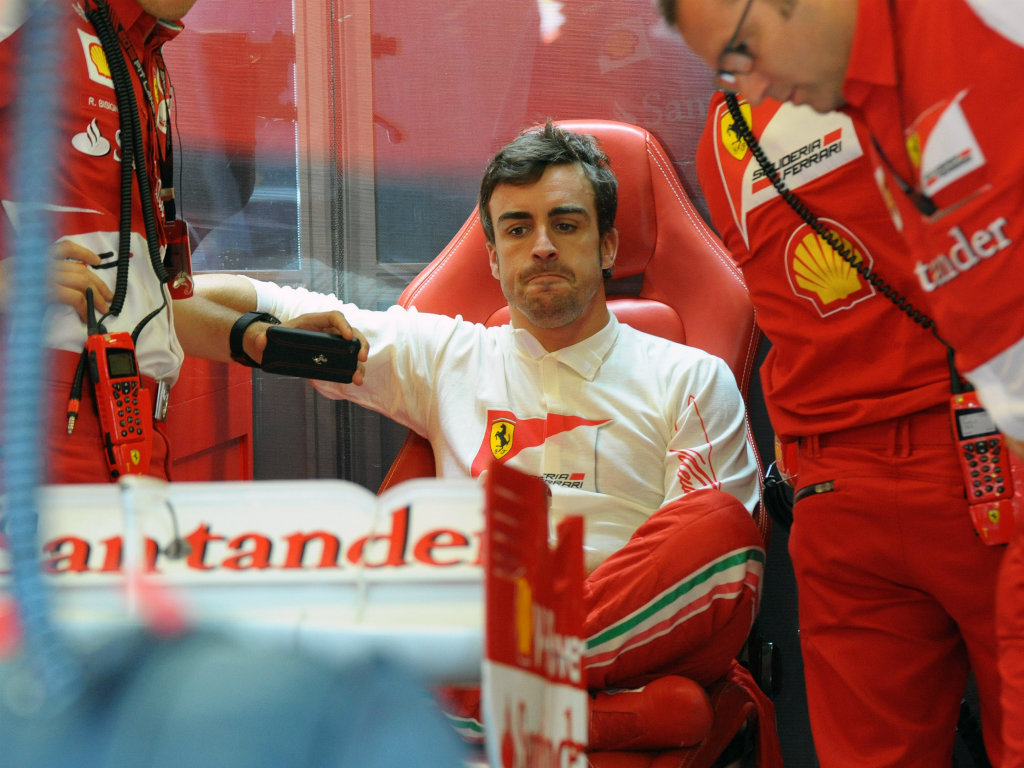 Fernando Alonso received an unwelcome birthday present on Monday as he was wrapped over the knuckles by the Ferrari president following his critical comments in Hungary.

The Spaniard slipped further behind in the race for the Championship at Budapest after he finished fifth, and he wasn’t pleased with the performance of the team afterwards.

Asked what kind of car he wanted for his 32nd birthday, he told Italian reporters: “The one the others have.”

Ferrari president Luca di Montezemolo wasn’t impressed by his comments and wrapped him over the knuckles during a telephone conversation on Monday.

“All the great champions who have driven for Ferrari have always been asked to put the interests of the team above their own,” Di Montezemolo is quoted as saying by the team’s official website.

“This is the moment to stay calm, avoid polemics and show humility and determination in making one’s own contribution, standing alongside the team and its people both at the track and outside it.”

Alonso has been linked with a move to Red Bull in recent days with his manager Luis Garcia Abad meeting with team boss Christian Horner over the weekend.

Although the double World Champion has stated he is “very happy” at the Scuderia, many believe there is no smoke without a fire.

Di Montezemolo also told a team meeting on Monday that “there is a need to close ranks, without giving in to rash outbursts that, while understandable in the immediate aftermath of a bad result, are no use to anyone”, which was reportedly also in reference to Alonso.

Ferrari have dropped away from the front-runners in recent weeks and Alonso is now 39 points behind Sebastian Vettel in the standings, something which is a major concern for the Ferrari president.

“Montezemolo did not mince his words when it came to asking the team to step up a gear,” the website declared.

“Each one of the engineers present received a ‘gift’ of a knife, along with an invitation – metaphorical up to a point – to put it between their teeth when thinking how to tackle the second half of the season.”