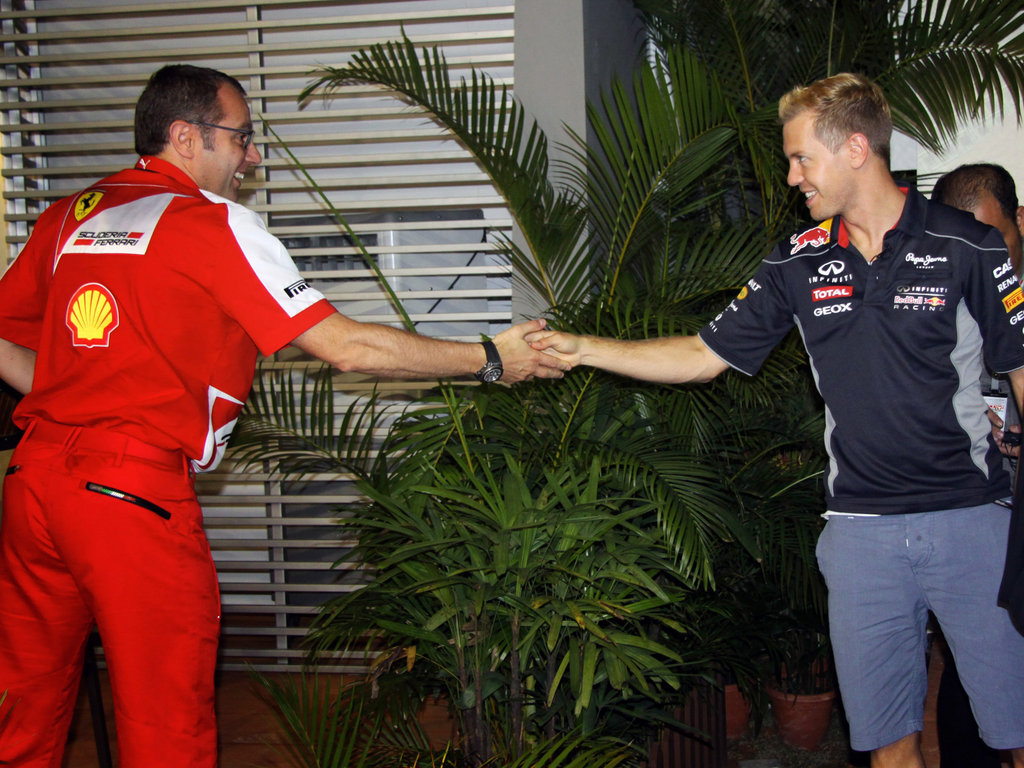 The Red Bull driver won his fourth race in a row and eighth of the season at Sunday’s Korean Grand Prix to increase his lead over Fernando Alonso to 77 points with only five races left.

Vettel could wrap up his fourth consecutive World Championship if he wins in Japan this weekend and Alonso finish ninth or lower.

Domenicali admits they are unlikely to catch the German and also feels Red Bull deserve the glory after such an impressive run of races.

“We need to be realistic,” the Italian conceded. “We know it is almost impossible to win the title, so congratulations to him (Vettel) and to what they (Red Bull) are doing because at the end of the day if they have that (the title) they deserve that.

“For now, it is an extra push and a motivation for our team to try to achieve the level of performance they were able to achieve.”

It was a difficult weekend for the Scuderia at the Yeongam circuit with Alonso and Felipe Massa finishing sixth and ninth respectively, but Domenicali is refusing to be downbeat ahead of the race in Japan.

“It was not an easy weekend for us in Korea,” he said. “We saw some sign that would be the case on Friday. It was not really a weekend where we were competitive in terms of our race pace, as we were in Belgium, Monza and Singapore.

“Unfortunately, it was really quite a painful Sunday, particularly when you are always in traffic, unable to overtake.

“As we saw, we were pacing with the same lap time as the Sauber (Nico Hulkenberg) with our engine, and with the Mercedes, but Vettel and Lotus were too strong. That’s a fact.

“So I hope it will be less painful this weekend, and we need to be positive inside.

“We have always said we should be there to take the opportunity in case Sebastian has a problem, but that was not the case on Sunday.

“Maybe this Sunday the situation will be better, and maybe a situation – sportingly of course – will happen to Vettel instead of to poor Mark (Webber). Then we will be getting closer.”