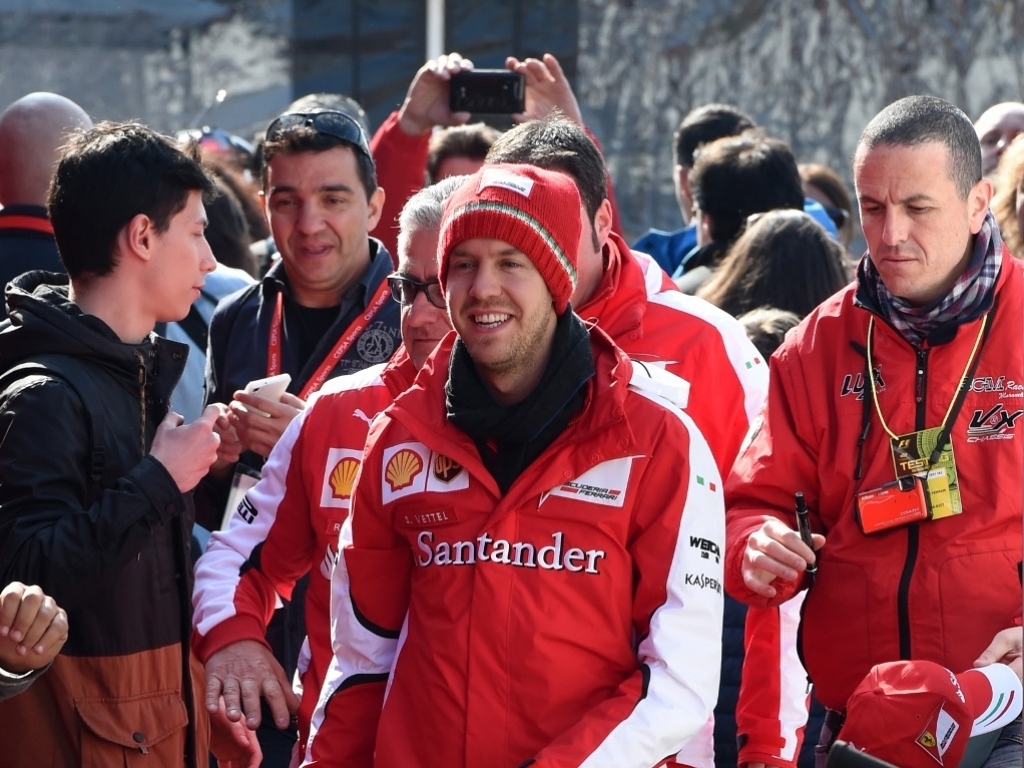 Sebastian Vettel is feeling "positive" about the Ferrari SF15-T despite a few "teething" issues during testing in Barcelona.

After completing more than 100 laps at the Circuit de Barcelona-Catalunya on Saturday, the four-time World Champion managed only 76 on the final day on Sunday.

Although he spent most of the afternoon session in the Ferrari garage, Vettel declared himself satisfied with testing so far.

"I can say that we have focused mainly on the car's reliability, completing some long-runs, and testing various settings and tyre configurations," Vettel said.

"We could not run as much as we'd like, but at this stage of winter testing there are always some teething problems you have to deal with. Overall, I can confirm that my feeling with the car is positive and now I'm looking forward to the next week of testing."