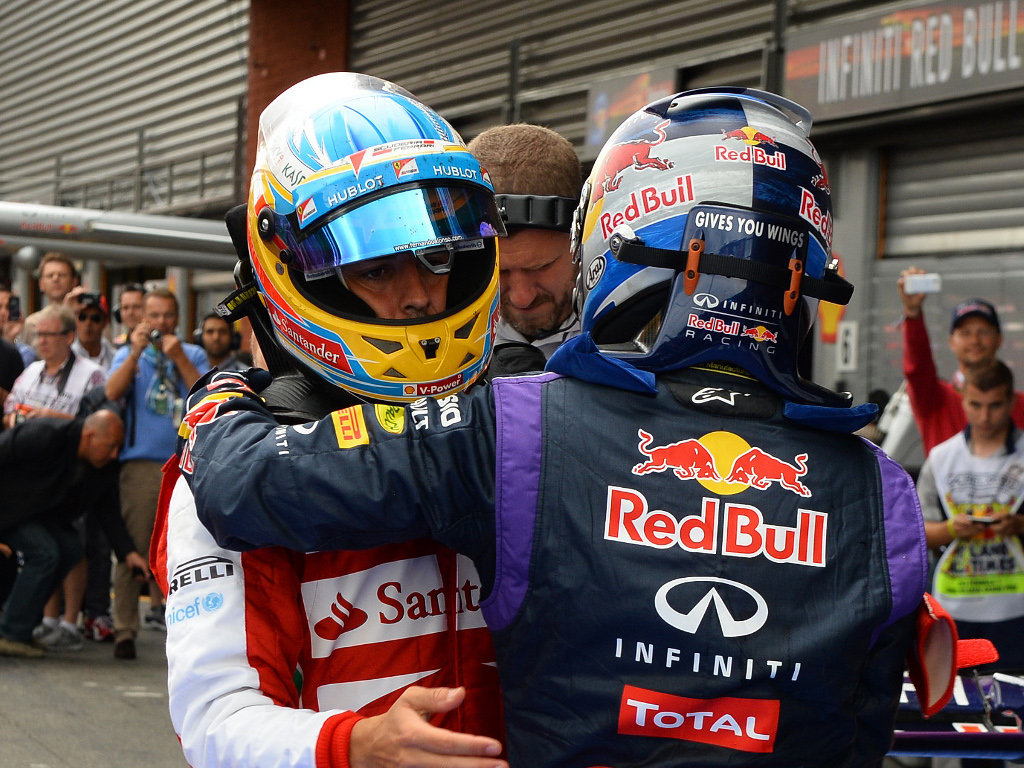 Fernando Alonso has paid tribute to Sebastian Vettel, who he says deserved to win this year’s Drivers’ Championship…

Fernando Alonso has paid tribute to Sebastian Vettel, who he says deserved to win this year’s Drivers’ Championship.

The Red Bull racer secured his fourth title on the trot on Sunday when he claimed the victory in the Indian GP.

Bringing his tally up to 322 points, Vettel clinched the crown with three races remaining.

“It’s very good, I have to congratulate him,” Alonso stated.

“They have been very strong, very dominant, especially in the second half of the season and they deserve to be Champions so congratulations.

“We need to start thinking for next year and hopefully try to make things a little bit more difficult for him.”

Vettel’s Indian Grand Prix victory was his sixth consecutive win as he has dominated since the summer break.

“He deserves everything he gets,” said Felipe Massa, who says the German is now one of the greats along with Ayrton Senna and Michael Schumacher

“He definitely signed his name as one of the best Formula One drivers, together with Senna, together with Michael , and many others that are there always in the top names; for sure his name is there.