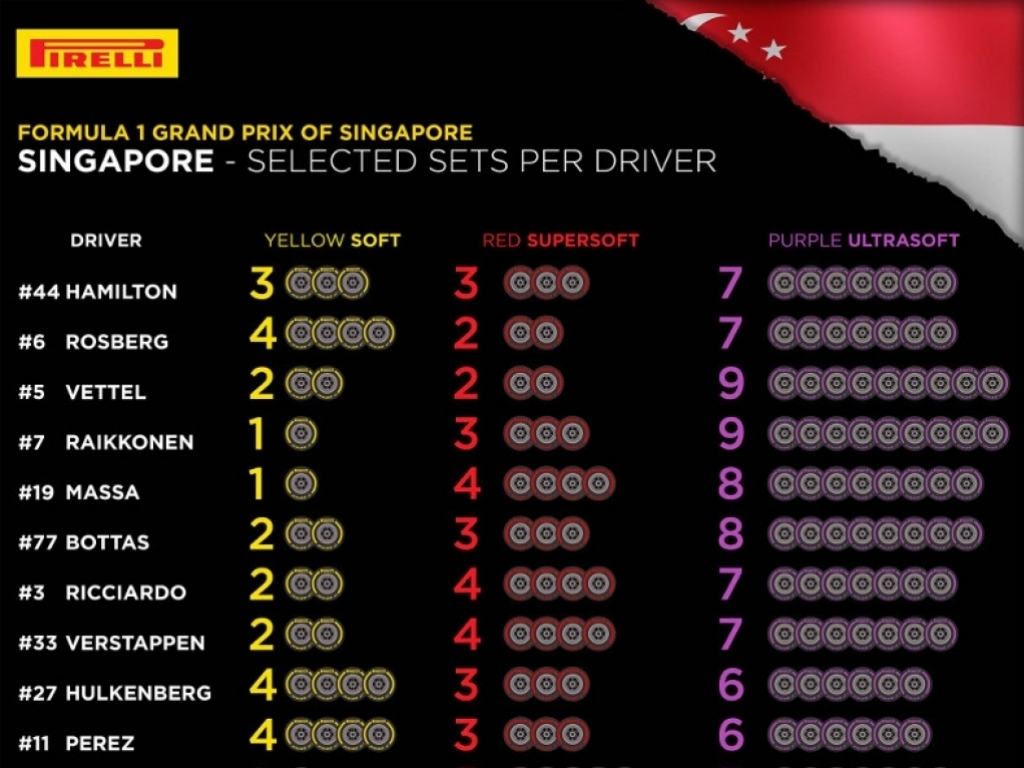 Formula 1’s next stop is the Marina Bay Circuit, which plays host to the Singapore GP, a night race and the venue of Ferrari’s last race win.

The Scuderia have chosen nine sets of the ultrasoft tyres for the weekend with with Sebastian Vettel taking two sets of the soft and Kimi Raikkonen has just one.

Championship leaders Mercedes have also opted for different choices in the soft and supersofts with Lewis Hamilton taking three and three while Rosberg has four of the hardest compound and two supersofts. Their remaining seven sets are the ultras.

As for Red Bull, both Daniel Ricciardo and Max Verstappen have seven ultras, four supersofts and two softs.

Force India have taken the hardest route of the all the teams with four softs, three supersofts and six sets of the purple-marked ultras.