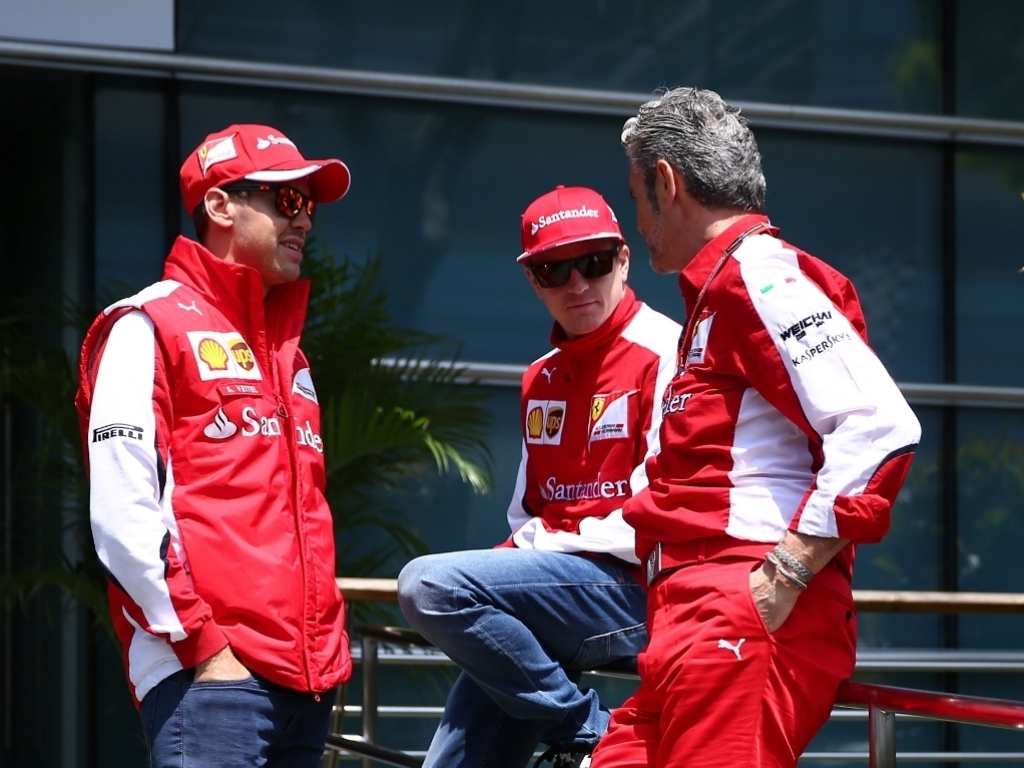 Kimi Raikkonen may be known as the "Iceman", but Ferrari team principal Maurizio Arrivabene says he is "very sensitive" and also needs a good support base around him.

The Finn's ice-cool attitude on and off track has earned him the nickname "Iceman" and it often looks like nothing ever ruffles his feathers.

However, Arrivabene warns that he also needs the "team around him" to produce better performances, which in turn will spur on team-mate Sebastian Vettel.

"He's called the Iceman and actually part of this image of the Iceman is a guy that needs, not a [mental] massage because that's too strong, but he is very sensitive," he is quoted as saying by ESPNF1. "If he feels that the team is around him and pushing for him as it is pushing for Seb, Kimi can give us very good results and perfect performances.

"You saw the result in Malaysia, well we were jumping like kangeroos – even if it was Malaysia and not Australia – for the podium and for the victory [for Vettel]. But actually if you look back the performance of Kimi was wonderful. The new news in Ferrari is that we have a team now with two very good drivers."

Vettel and Raikkonen are very good friends, but they have very different personalities and Arrivabene knows how important it is not to treat them according to their character.

"We are talking about two drivers, Seb in one way and Kimi in another. They are different characters. Seb is a strong guy who is very committed and Kimi needs to feel the support from the team around him and especially the team principal," he said.

"In Malaysia I was talking with him after practice and we know each other for many years, and I said to him 'Kimi, if you are attacking for nothing, expect me to react', but Kimi likes this kind of relationship when you talk with him straight into the face."