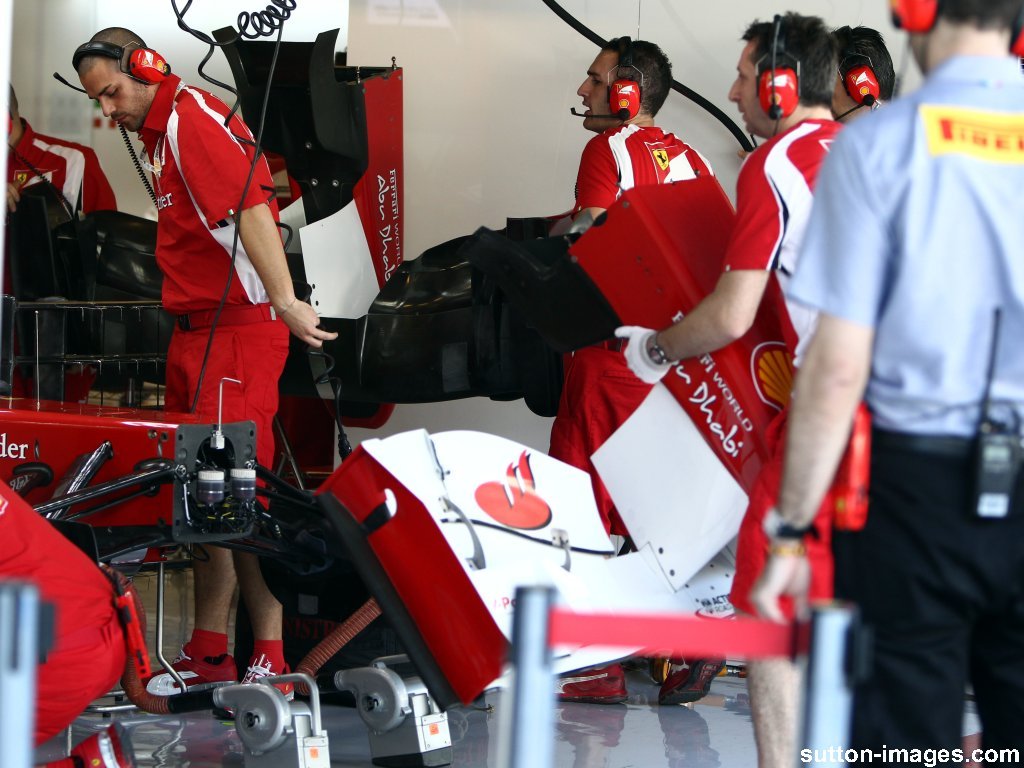 Ferrari are hopeful that the Young Driver test in Abu Dhabi will help the engineers to get to the bottom of their front wing problem.

The Italian squad have been experimenting with a front wing since the Korean GP, but while Fernando Alonso has had no issues with the new part, Felipe Massa’s car experienced teething problems in India and Abu Dhabi with the wing flapping at the end of the long straights.

“The reality is that we found something that was not correct in terms of the structure of that wing but apparently it seems that there is still a problem. It seems we haven’t fixed the issue on that yet,” team principal Stefano Domenicali said after the Abu Dhabi GP.

Ferrari, though, are eager to get the wing working properly before the final race of the season in Brazil and the Young Driver test has given them an opportunity to look into it.

‘One of the main objectives of the day was to gather data on the aerodynamic behaviour of the car, especially the new front wing, which had suffered a few teething troubles in recent races,’ the team said on its website.

Test and reserve driver Jules Bianchi said: “It will be very important, especially for the front wing.

“In the morning, we did a lot of [aero] testing and hopefully we will find out why we have this vibration.

“It’s also very important for me because we don’t have any more testing, so it’s a great experience ahead of next year.”

“From a driving point of view it was not particularly fun to do, however it was very important for the team and is part of the job of being a test driver,” the Frenchman said.

“In the afternoon, we made adjustments to the car to adapt it to my driving style and so I was able to push a bit, but the most important thing is that were able to do a lot of running without any problems.”