Home Uncategorized Ferrari must pay for Perez or Sainz 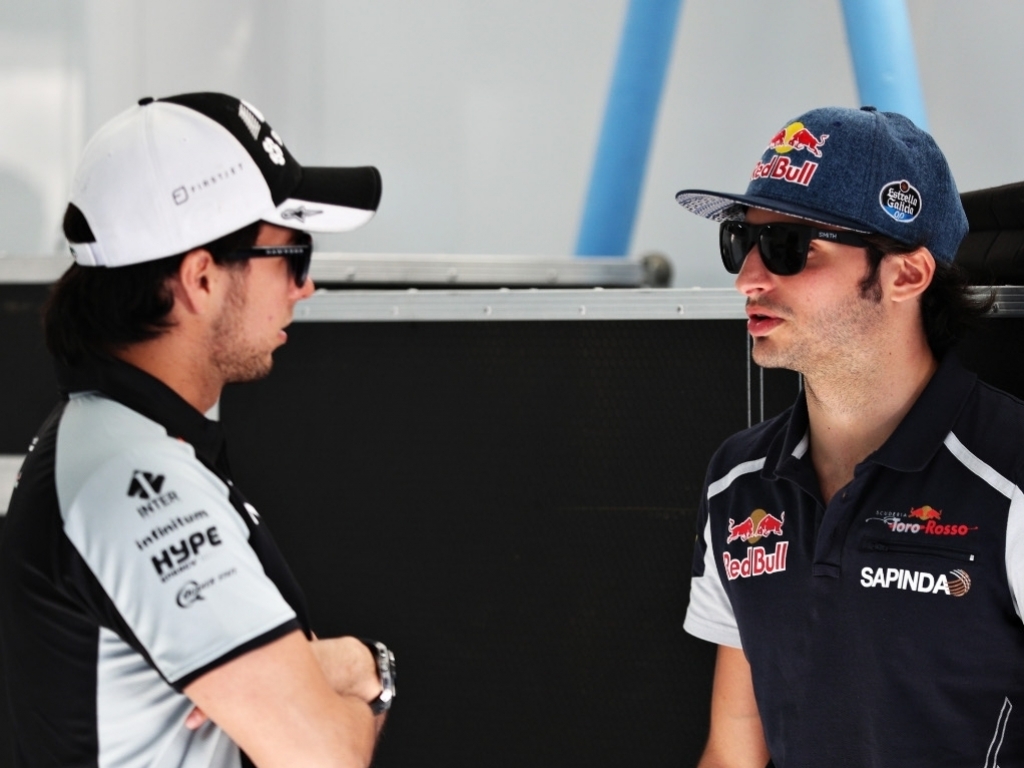 Ferrari will have to pay if they wish to sign either Sergio Perez or Carlos Sainz as Sebastian Vettel’s 2017 team-mate.

At present Ferrari have only one driver locked into a contract for next season as Kimi Raikkonen’s deal expires at the end of this year.

The Finn has expressed his desire to stay on for a further season but admits the decision rests with Ferrari, who have been linked to several candidates in recent weeks.

Perez, on the back of his second podium of 2016 in Baku, is leading the charge while Sainz, who has had the door to Red Bull closed at least for 2017, is also in the running.

Ferrari, though, will have to pay if they want either driver.

Force India team manager Andy Stevenson said he understands the lure of racing for Ferrari for Perez or any other driver.

“Everyone on the grid would. It is legitimate to dream of Ferrari,” Stevenson told Auto Motor und Sport.

“Sergio is in the form of his life.”

However, Force India’s operating officer Otmar Szafnauer has again made it clear that if they want the Mexican driver, they will have to buy him out of his contract.

He said: “Ferrari gets from the rights holders three times as much from the as we do. So they should also have the money to buy out a driver.”

As for Sainz, the Spaniard is facing either a third season with Toro Rosso or a move away from the Red Bull family.

But, if that move is to Ferrari, they will have to pay.

Red Bull advisor Helmut Marko told the German publication: “If Ferrari paid, we could talk about it.”

There has, however, been a stark warning to Ferrari from four-time World Champion Alain Prost who admits not all drivers can handle the pressure of racing for famous stable.

“There are one or two drivers on the market that could be quite good for Ferrari, maybe a bit quicker, but you don’t know,” he told Autosport.

“One thing you have to take into consideration is the pressure you get at Ferrari.

“Sometimes we see some good drivers in an average team and when they go into a top team, they don’t perform the same.”