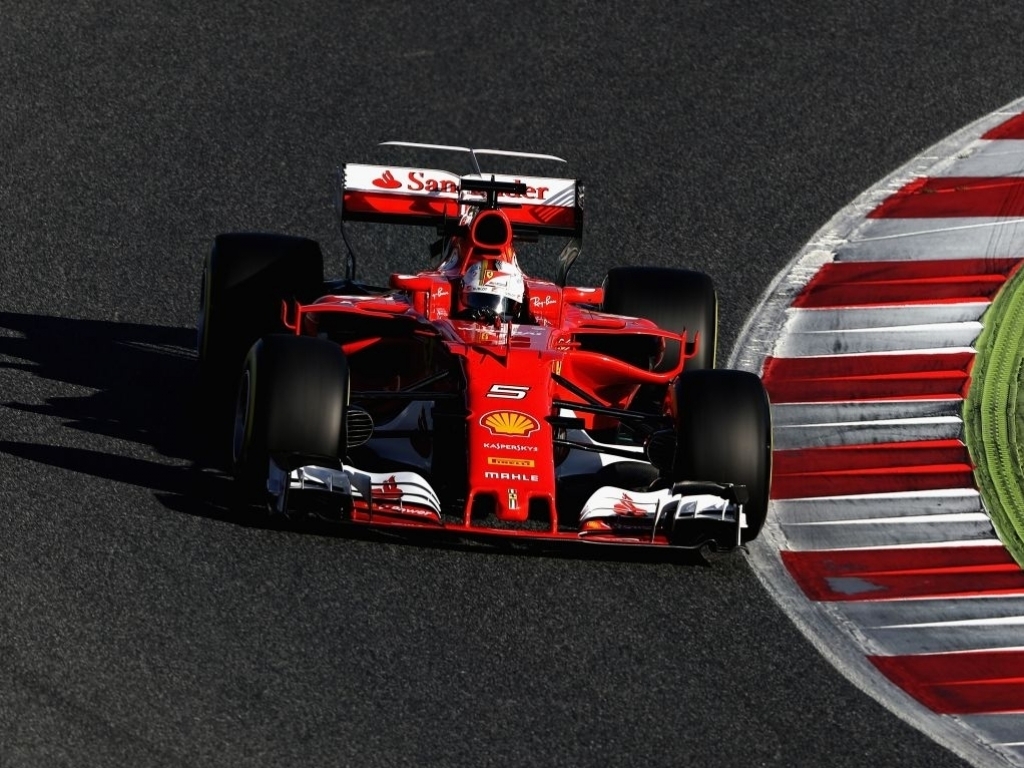 Sebastian Vettel got to within two tenths of Valtteri Bottas' morning benchmark of 1:19.705 as Ferrari and Mercedes continued to impress in Barcelona.

The Finn set the fastest time of the day on ultrasoft tyres, but Vettel posted a time of 1:19.952 on soft tyres as part of a four-lap stint on his way to another 100 lap day for Ferrari.

The day would end on a slightly sour note for Vettel and Ferrari, though, after the SF70-H stopped in the pit lane entrance with 10 minutes of the afternoon session to spare.

However, after completing 138 laps, it could well be just a case of the Ferrari running out of fuel.

Lewis Hamilton took control of the Mercedes W08 in the afternoon, but he did not trouble the leaders as he focused on following in the footsteps of Bottas on Tuesday by undergoing a full race simulation.

Daniel Ricciardo finished P3 for the day, but the Red Bull's progress was stalled in the afternoon by an exhaust issue.

McLaren-Honda, who were forced to deny rumours that they were to split after a rocky start to testing, had a much better day with Fernando Alonso managing to complete 72 laps compared to the 29 he managed on Day One.

However, it would be another day to forget for Williams and Lance Stroll – who was closing in on a 100 laps – as the rookie's third accident in two days lead to more precious time being stolen away from the FW40.

We won't be running again today. The #FW40 is back in the garage and we are assessing damage after the car went off track. #F1Testing #F1