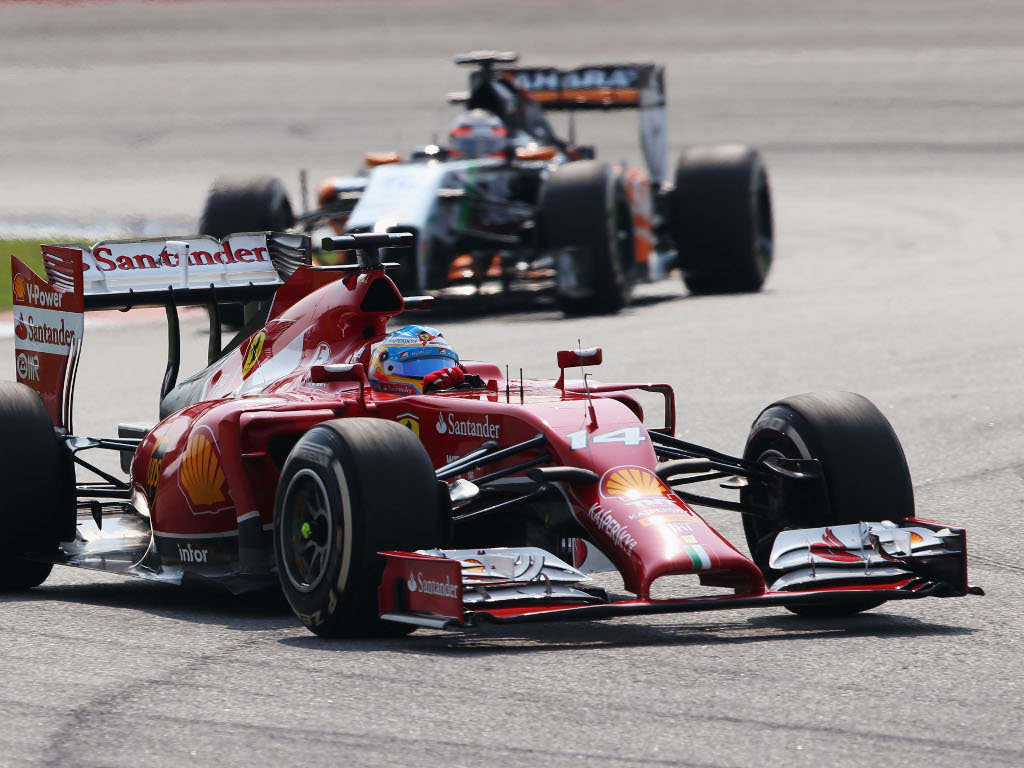 Despite more points it was the same story for Fernando Alonso in Malaysia as he again called for more speed from Ferrari.

The double World Champion raced his way to fourth at the Sepang circuit, passing Nico Hulkenberg in the closing laps on his fresher Pirelli tyres.

However, yet again Alonso was unable to fight for a podium place never mind the race win.

The Ferrari driver brought his F14T home 35 seconds behind race winner Lewis Hamilton matching his deficit to Nico Rosberg at the previous outing in Australia.

And although he has again urged Ferrari to find more speed, the 32-year-old says he had “fun” in Malaysia.

“It was never an easy race, as I would expect,” said Alonso.

“It was tough, and maybe we didn’t have the pace to follow the Mercedes or Red Bull.

“We had a different strategy and it was fun, but definitely we need to work a little bit on the performance.

“We want to battle with Red Bull and Mercedes. But on the other had we had zero technical problems all weekend – we just need better performance.”