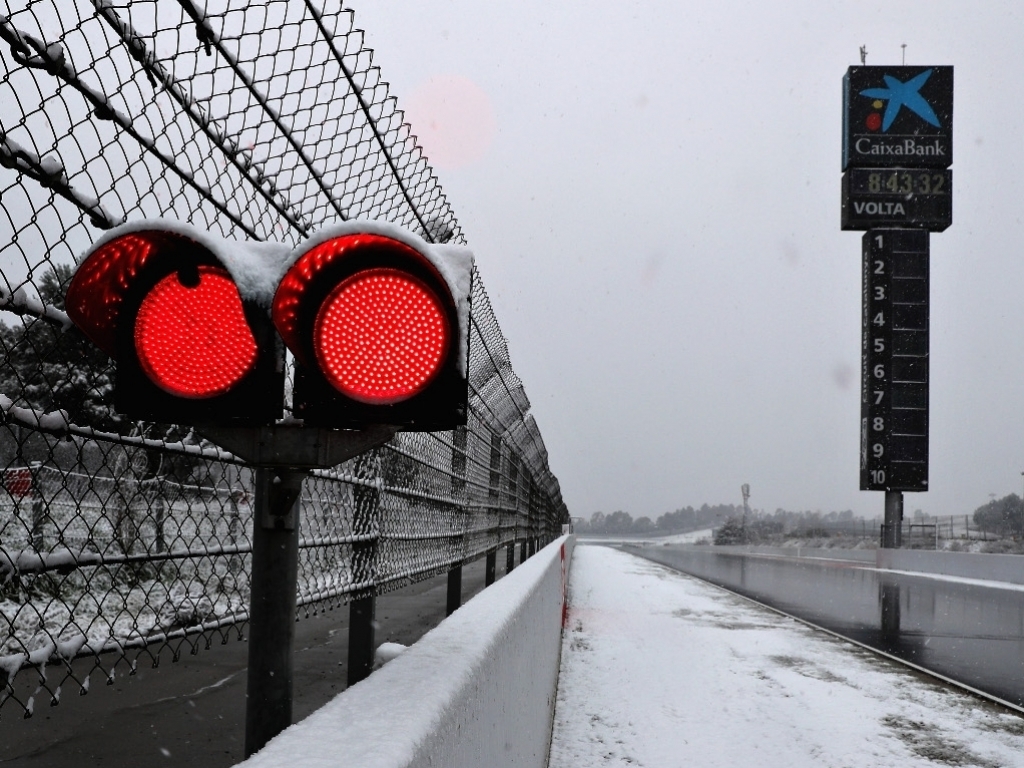 One of five teams opting not to turn a single lap in Spain on Wednesday, Ferrari have stated that there was “no point” given the conditions.

While the start of Day Three at the Circuit de Catalunya was delayed because of snow, heavy rain in the afternoon meant most of the drivers stayed in their garages.

Five did venture out later in the day as the rain eased off a bit, however, Ferrari decided against it.

“Even when the snowfall turned to rain in the afternoon, temperatures never reached the sort of numbers required to run a Formula 1 car,” the Scuderia wrote on their website.

“Air temperature just crept over two degrees with the track a fraction more.

“There was no point in venturing out, because with such low temperatures, even the wet tyres would not work properly and furthermore, running would not generate any worthwhile data on how the car was performing.

“Come the afternoon, Kimi and the team took the only reasonable decision, namely to write off the day, which under the current regulations cannot be recovered later.”

Kimi Raikkonen will have to wait until next week to drive the SF71H with Ferrari announcing that they’ll stick to their schedule with Sebastian Vettel in the car on Thursday.