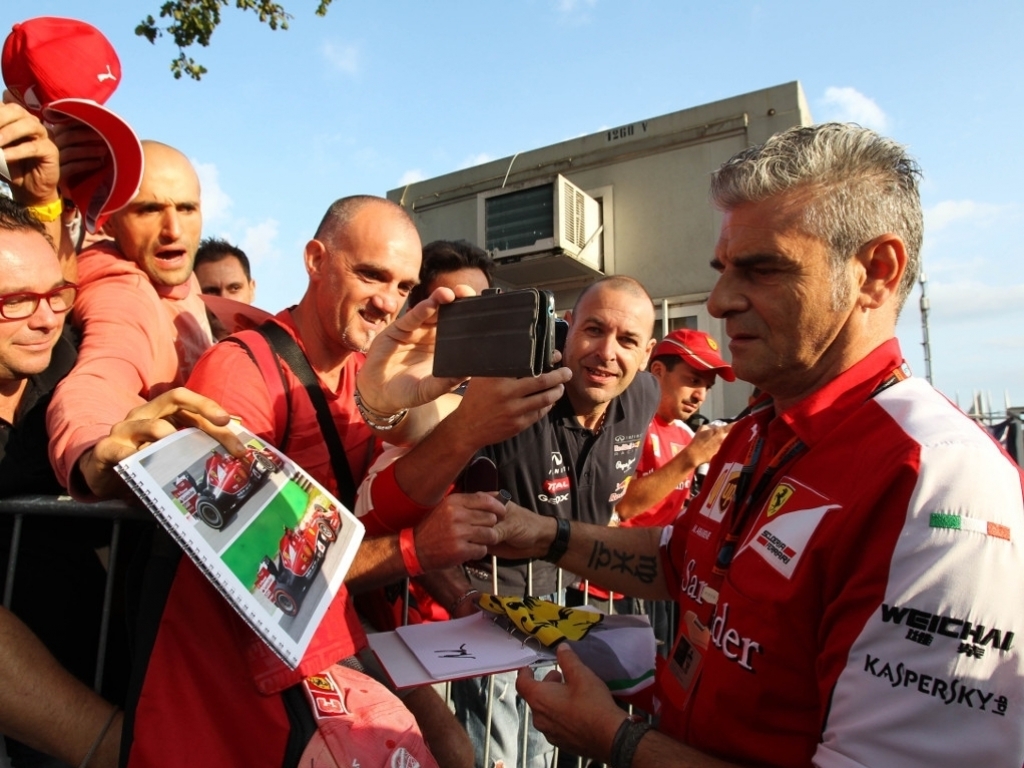 As the battle to save the Italian Grand Prix continues, Maurizio Arrivabene has revealed that Ferrari are not taking part in the negotiations.

The Italian Grand Prix is not only one of the oldest races on the F1 calendar but it is also Ferrari's home event.

Every year the tifosi come in their thousands to watch the Maranello team, who have won the race 18 times.

The Monza's races future, though, is on the line.

This year's event is the last on the current contract and as yet Bernie Ecclestone has not agreed a new deal. In fact he says there is a good chance he may not.

And although Ferrari are not involved in the negotiations, team boss Arrivabene believes it is vital for F1 to hold onto Monza and other traditional tracks.

Asked whether Ferrari are 'playing any role in this process', Arrivabene answered: "Playing a role is a big word. I mean we are not negotiating with Bernie. It's not our job, it's not our responsibility.

"Having said so, I think the grand prix of Italy is Monza and I want to be very clear on that. The only picture that I saw in Maranello of Enzo Ferrari at a track actually was here at Monza and I said many, many times something very clear: there is a core of Formula One that in my opinion is represented by Monza, Spa Francorchamps, Hockenheim, Silverstone and Monaco.

"This is the core of Formula One and I think we have to preserve it. Because every person that is losing his own culture, he's losing the roots, he's not anymore a person – I mean if we are talking about human beings. But also for these kind of things.

"The second sentence is that we need to preserve the core of Formula One. I have nothing against all the other grands prix, because it is an international show but even a show has a core and the core for Formula One is the number of grands prix that I mentioned before.

"This is my personal opinion and it's also I think our opinion as Ferrari."