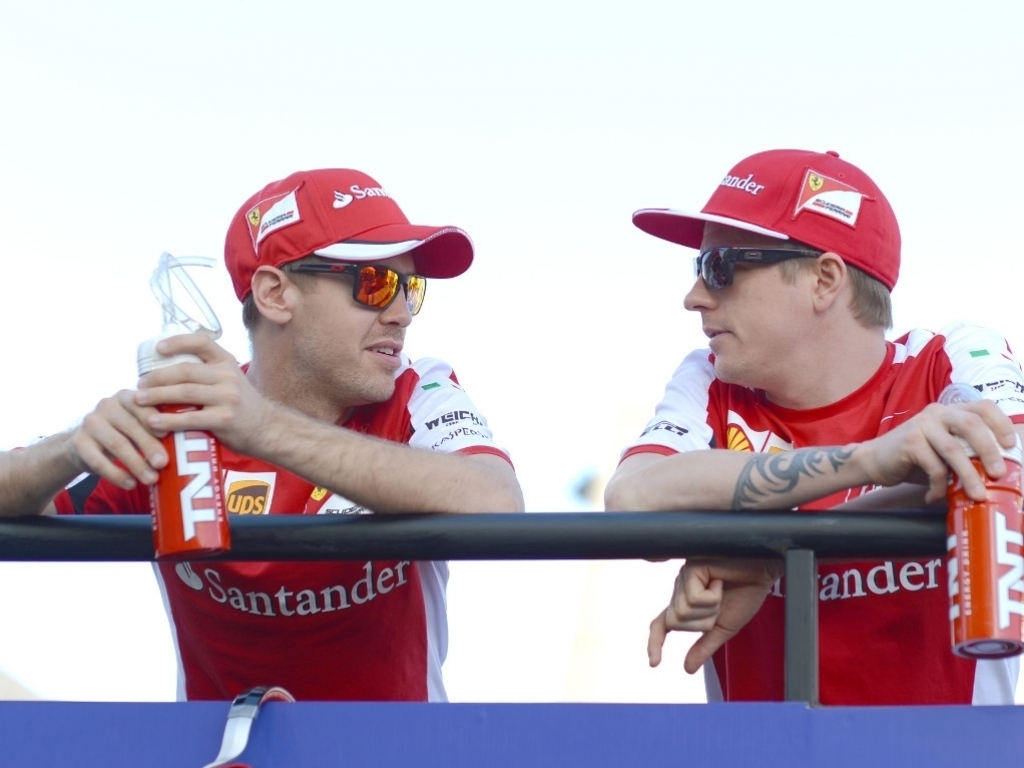 With Sebastian Vettel up to second in the championship, Maurizio Arrivabene says the time may yet come when Ferrari issue team orders in his favour.

Vettel has been third best behind Lewis Hamilton and Nico Rosberg throughout this season and is the only driver aside from the Mercedes team-mates to have won a race.

He claimed second place at the Russian Grand Prix to edge seven points ahead of Rosberg, who retired from the race.

Vettel's P2 came after some intense side-by-side racing with his team-mate Kimi Raikkonen, who got the jump at the start but was passed later in the race.

"We were not considering the championship at that part of the race and they swapped the position by themselves so there was no need," Arrivabene told ESPN when asked about team orders.

"The time may come, of course, where we will consider the situation differently, but in Russia there was no need."

As for Raikkonen, he says he would have no issues playing the team game in Vettel's favour.

"Everybody knows what the rules are and this is a normal thing," said the Finn. "Obviously I'm not in the championship fight so if it comes to that it's fine.

"It's a normal thing. I try to make the maximum for the team. That's not an issue."