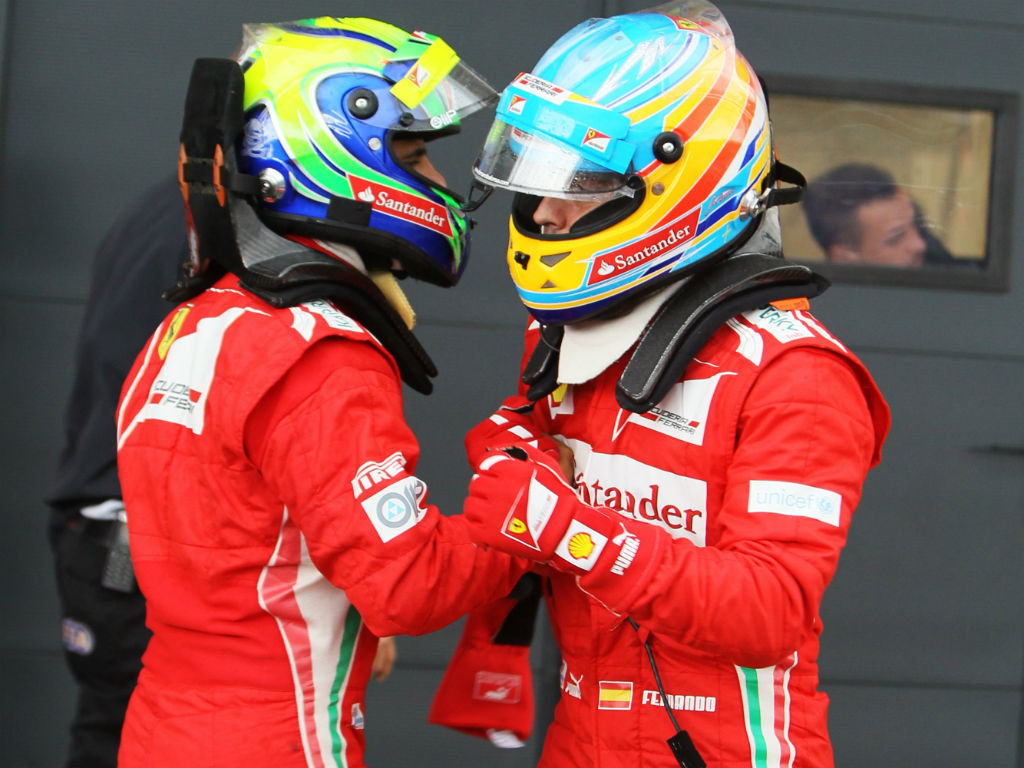 Stefano Domenicali has hailed Felipe Massa’s efforts in Britain which helped Ferrari to their biggest single points-haul of the season.

After his early season woes, which saw him fail to score in the first three races, Massa’s form has slowly but steadily improved, culminating in his best result to date, a fourth place at the British GP.

Those 12 points, combined with 18 Fernando Alonso bagged by finishing second, handed Ferrari their biggest haul in the Constructors’ Championship and moved the team ahead of McLaren in the standings.

“Once again, Fernando drove a great race, for the umpteenth time this season and has gained points over the majority of his nearest rivals,” said Domenicali.

“But let me tell you that I am particularly happy with the display put on by Felipe, who was in the fight for pole and for the podium, right down to the last.

“It is a nice result for him, which is particularly important for us in terms of the Constructors’ Championship, where thanks to the biggest points haul of the year, we have managed to move up to second place.

“We also did a good job in terms of the team, both when it came to strategy and how we managed the race on track. Obviously, when you lose the lead, just a few laps from the end of a race, there’s a hint of regret, at least in the heat of the moment, but then it dawns on you that this is a really important result for both Championships.”

The Italian team boss was also delighted that Ferrari were able to take the fight to Mark Webber as Red Bull have been the team to beat over the last two seasons.

“We were at the same level as the team everyone reckons is currently the best and be sure, it definitely is. And we also held our own against some very strong competition from other rivals.

“Certainly, there is much more to do to improve the car, especially in terms of top speed, where we are still suffering.

“We now come to a pair of back to back races in Hockenheim and Budapest, for which we will try and improve our performance level still further: that will be our primary goal over the next few days.”