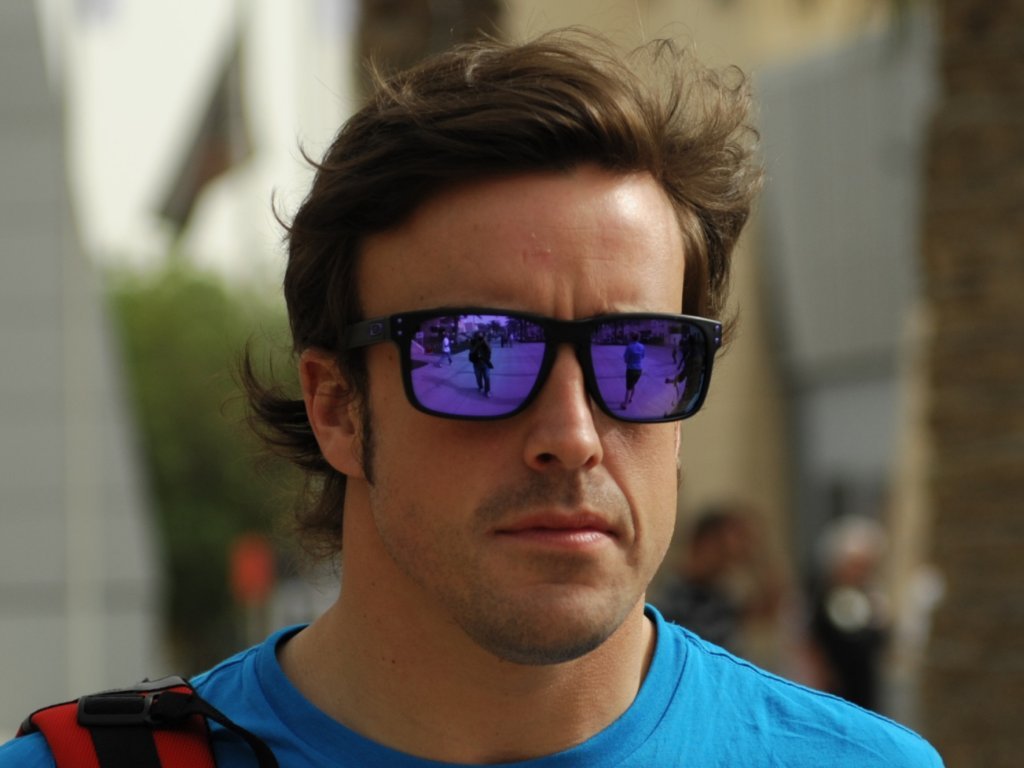 For all the latest F1 odds on the first race of the season at the Sakhir circuit visit Sky Bet.

Fernando Alonso: “Another day off in Shanghai, before heading for Bahrain. I feel comfortable here: it’s a city that’s full of life and that offers so many things to do. And on top of that, the weather is really lovely today, as you can see in the photo I’ve posted on @alo_oficial. I had lunch in a nice open-air restaurant on the Bund with my physio Fabrizio, my manager Luis and some guys from the team. For once, Formula 1 did not appear on the topics of conversation as we just had a bit of healthy fun. Everyone needs a bit of break, otherwise you’ll struggle to be at your best over the race weekend, don’t you think?

Of course, that doesn’t mean we’re not thinking about the next race, far from it. I am well aware that in Sakhir, we can expect another difficult weekend, which is only natural, partly because of the track characteristics and also because the car is the same one we had in Shanghai. Both the Scuderia and I have a good record in Bahrain: the team has four victories here and I’ve got three, the last of which was also my debut race for the Prancing Horse. But the past counts for nothing in this sport and this weekend will be all about damage limitation for us. The championship is very open and there are a lot of teams that can aspire to victory, but clearly we need to make a leap forward to be more competitive if we want to aspire to coming out on top at the end. We have to take the step forward as soon as possible. I have faith in the team and I know everyone at Maranello is giving their all so that we can reach this objective.

This weekend we will do our best and I hope I can have a race where I spend less time in traffic than I did last Sunday. It was definitely frustrating not being able to get almost a single traffic-free lap because my pace, at least in some phases of the race was not at all bad. However, when I found myself behind Hamilton after the final stop, he had the turn of speed to get past the others, whereas I had to turn somersaults to overtake in rather more difficult places than the very long straight. Not only that, but I also had little hope of defending my position when others used the DRS, as was the case with Maldonaldo. I had passed him, but then he got me back just at the braking point for Turn 14.

I want to congratulate the pit crew: again in China they were the quickest and to do a time of 2″6 up to the green light, not once, but twice, as they recorded that time with both me and Felipe, is really a great time!

Today also sees the start of an important cycle in Real Madrid’s season: in just over a week, it will go up against Bayern Munich twice for the Champions League semi-final and, in between they take on Barca at the Camp Nou in the return match of what is known as “the Clasico.” I hope I can find a Chinese TV channel tonight showing the Munich match: the commentary might be hard to follow, but it’s the picture that matters!”

Felipe Massa: “I arrived in Bahrain this morning, on an overnight flight from Shanghai and as always, it was lovely to have Raffaela and Felipinho with me. Today, I’ve been having a rest in the hotel, as well as working on my fitness in the gym, then tomorrow it will be off the track: the first briefing of the day is at 2.30, when I meet up with my race engineer Rob Smedley and the other engineers that work specifically on my car. Then, I’m in the FIA conference and at 5.30 comes the more general meeting with all the engineers, while in the evening, I will be at an event to launch the 458 Spider to our customers. Then of course on Friday, it’s time to get back on track and honestly, I can’t wait. On Sunday in Shanghai, I finally managed to have a “normal” race, the first of the year that went off without any particular problems. Over the weekend there, things steadily got better: I was struggling with the balance of the car in all three free practice sessions and then the situation suddenly improved in qualifying, to such an extent that my gap to Fernando was considerably reduced. Then, in the race, the car was even better, but I found myself in traffic too often and was not able to make the most of the strategy I was on. A shame, as it would have been nice to finally move off the horrible zero points mark in the classification. So, that is clearly what I plan to do this weekend, by finishing the race in the top ten. If the positive trend that began in Shanghai continues, then it should be possible. It’s true that, on paper, the track characteristics do not seem that suited to the F2012, but it will be important to make the best use of the tyres, which is the real key to success here and at some other tracks too.

The Sakhir circuit is one of my favourites, and it’s not by chance that I’ve won here twice along with a second place too. Of my eleven wins, no less than eight of them have all come from just three circuits: three at Istanbul, two at Interlagos and the same number here at Sakhir. These tracks are very different to one another, so it can’t be said there is some sort of technical reason behind these statistics. However, let’s just say that, if only for reasons of bad luck, I would have been disappointed if this race had been cancelled, given that already this year, there is no Turkish Grand Prix. Furthermore, I have to say I have always enjoyed coming here, even in the days when we ran long test sessions here. The people have always been very hospitable and cordial and, as I said already in Shanghai over the past few days, I hope the Grand Prix can be an occasion for unity, as should be the case with any sporting event. From what I have seen today, the situation seems calm: on the journey from the airport to the hotel, it all seemed just as it did two years ago and according to the guys I spoke to by phone at the track, everything is going on as usual on a Wednesday at a race outside Europe. If the decision was taken to keep the race on the calendar, it means that the conditions are right to do so and from what we have seen so far, there is nothing to oppose that view.”