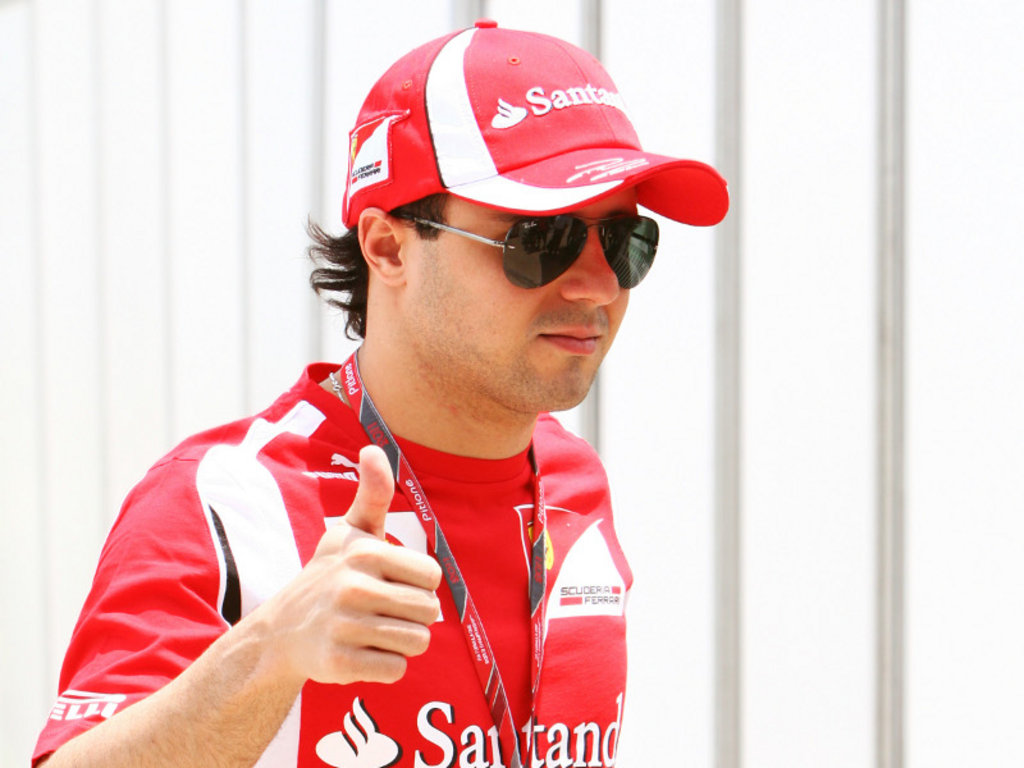 With their qualifying pace letting them down, both Fernando Alonso and Felipe Massa are expecting a difficult weekend in Shanghai…

With their qualifying pace letting them down, both Fernando Alonso and Felipe Massa are expecting a difficult weekend in Shanghai…

Fernando Alonso: “I agree we have had a difficult start to the season. The problem is we are not quick enough, for reasons we do not yet know. But we do know we need to work, because there are no secrets in Formula 1 and aerodynamics is still the main factor influencing performance. If there is still some gap between us and the leaders, it’s because we need to improve mainly in that area. The championship is long, so now is the time to score as many points as possible and then, when we have a completely different car we will need to deliver the wins. But at the moment, we need to be more realistic, be honest with ourselves and think of the podium as our main target.

“In qualifying we struggle a bit more than in the race, for different reasons. I do not believe it is down to tyre temperature, as with new tyres everyone can do a good lap, but in the race in Malaysia it was harder to deliver 58 laps in qualifying mode. It’s true that you can find a different pace between two different sets of the same type of tyre, but in Malaysia this was down to the track first getting better and then worse with marbles off line. We are learning more about the tyres after two races: in Malaysia we were prepared for up to four tyre changes and we can have a better race here as that understanding increases.

“With only four days since Malaysia, the cars will be very similar, so I expect another difficult weekend. But, this is a different circuit and last year we saw differences from car to car between circuits. Hopefully this will be a good one for us, allowing us to be closer to the front in qualifying and especially in the race, which is the most important as it’s on Sunday afternoon you get the points. This track should be a good test of the DRS with the long straight at this circuit and it will be interesting to see how many overtaking moves there are. We have sorted the problem we had with an hydraulic connector which gave us the problem in Malaysia.”

Felipe Massa: “So far we have had two Grands Prix this season, producing the same winner and the same three teams on the podium, while Ferrari has not been part of that. If you are not winning, then of course you are not happy and you try and change the situation but the facts show that our situation is not as bad as some might say.

“It’s true that in qualifying in both races so far, we were not quick enough and in Melbourne, even our race pace was not that impressive. However, in Malaysia our car had the performance on Sunday in the race. That is something we must keep up but in addition, even if this sounds like what we said last year, we need to push hard to improve our car’s performance over a single lap in qualifying. Over the winter, there was speculation that qualifying would be less important this year because of an expected increase in overtaking, but so far, we have seen that if you do not start at the front, life is more difficult for you, even if you have good pace.

“Everyone in the team, back in the factory is pushing particularly hard to improve the car as soon as possible. But it’s hard to say how long a job that will be and of course I hope it will happen very quickly. In China we will have some updates and something new to be tested on Friday, whereas Turkey in a month’s time is when we can realistically expect to bring some significant updates for the car.

“My race was spoilt by a problem at the first pit stop. The fact that we are definitely going to see more pit stops per race throughout the season means this is an area of teamwork, driver’s role included, that we have to be sure functions perfectly. Also, in Sepang, my problem occurred the first time I came in to change tyres which is the worst possible situation as it is in the early stages of a race that a delay can cost you the most track position and places, because all the cars are much closer to each other. If it happens late on in the race when positions have stabilised and maybe you have five seconds over the car behind, then you can get away with this sort of problem at a stop. It highlights the fact that this is a team sport and while the driver is a very important part of that, so too are the engineers and also the mechanics, this year even more so than before.

“Another trend we are seeing is that there can be many changes of position in the closing stages of the race, as drivers perhaps try to get to the race finish without making a further stop for new tyres, despite suffering high degradation. That was clearly the case in Malaysia with a lot of overtaking in the final laps. That is why the strategy is even more important now, in order to get the tyre change sequence just right, so that you can avoid finding yourself fighting for position in the last few laps, while dealing with tyres that are no longer at their best. This is not just down to the engineers to chose the best moment, because now the driver really has to think about managing the tyre situation himself, to avoid destroying them too soon.

“I arrive in Shanghai on Wednesday, having stayed on in Malaysia for a couple of days. I have finished twice on the podium in China, with a second and third place, but last year I was only ninth in that wet race. It’s a nice circuit to drive even if the weather can be unpredictable. In the past, even with the long straight, overtaking was quite difficult but the combination of the long straight and the moveable rear wing should make passing easier.

“There is no panic at Scuderia Ferrari Marlboro, because we know panic does not achieve anything. Everyone has to work together and push hard to solve these problems we currently have and move in the direction that will see us secure better results as soon as possible.”