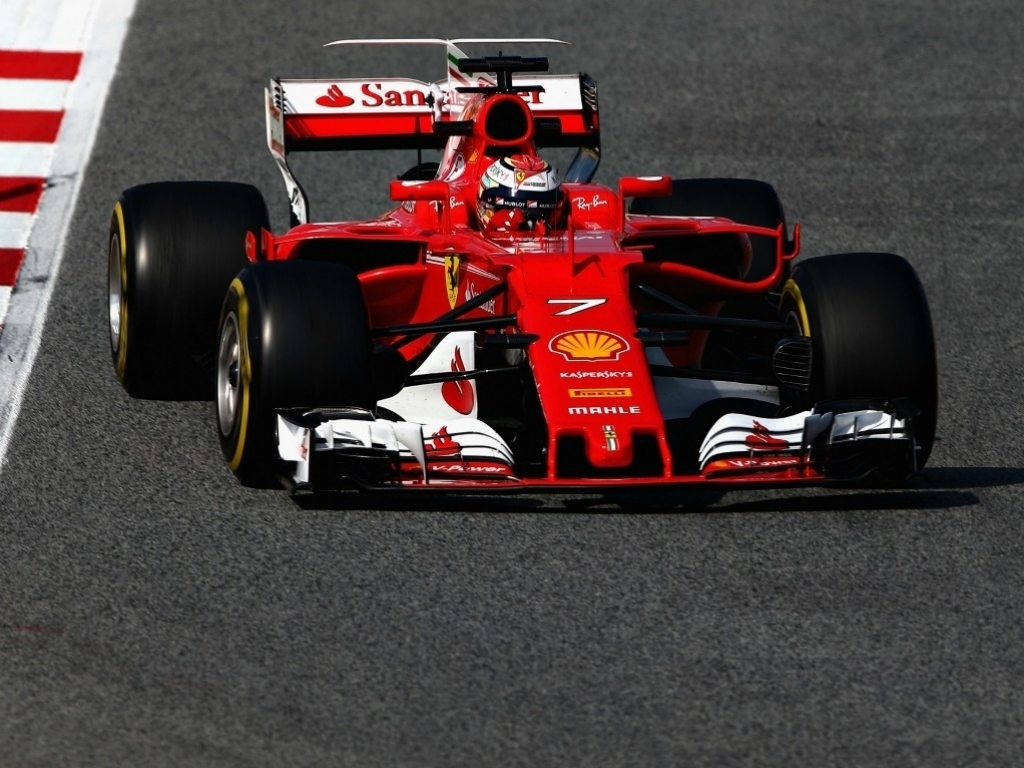 Ferrari's Kimi Raikkonen set the fastest lap in the final morning session of the first test at the Circuit de Catalunya.

Tyre supplier Pirelli had requested that Day Four was set aside for wet weather testing but, as the track began to dry out, teams were gradually able to revert to softer tyres.

Mercedes and Lewis Hamilton were notable absentees throughout the morning, as the W08 stayed in the garage whilst mechanics worked on an electrical fault.

They did emerge, though, for a nine-lap stint in the final hour with Valtteri Bottas starting his day's work a little earlier than expected.

The beast is awake…@ValtteriBottas heads out on track to complete our first laps of the day! ???? pic.twitter.com/olVlv9bnTa

However, Williams will miss the day entirely after Lance Stroll's crash on Wednesday meant the FW40 required a new chassis.

The expectation for the final four-hour session was that track times would gradually drop with the track continuing to dry out, but the Circuit de Catalunya revealed on Twitter that they would use the lunch hour to wet the track once again.

BREAKING! We will wet the track again at lunch time!!! #F1Testing pic.twitter.com/KLU2aznaD5