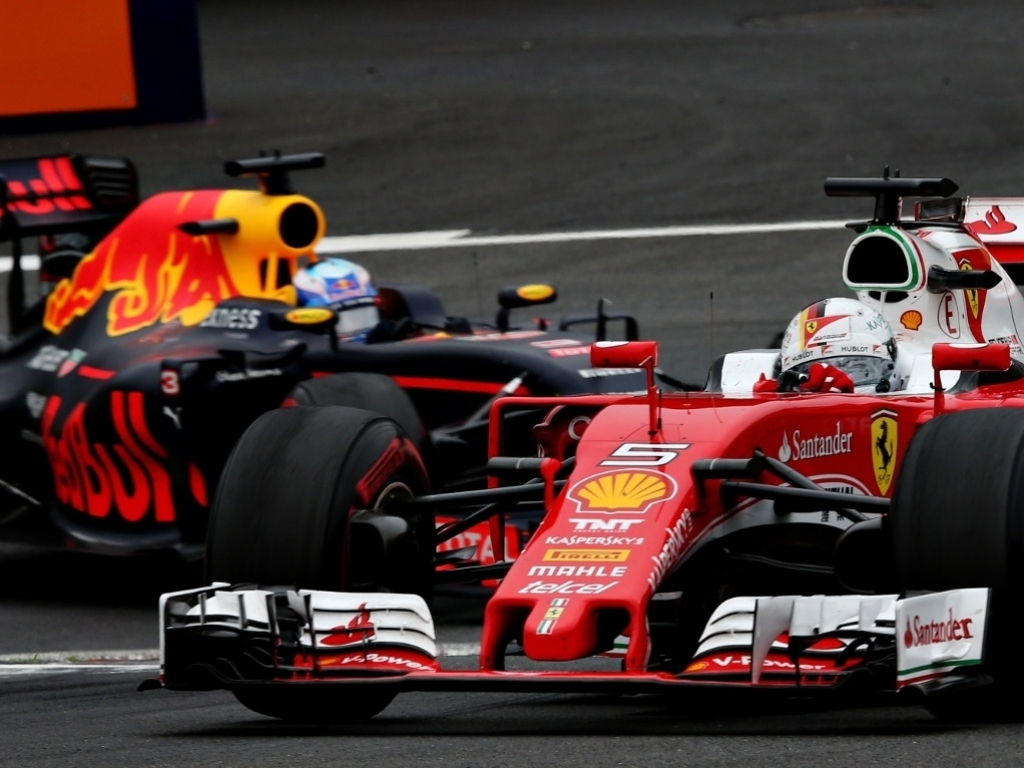 In the wake of Charlie Whiting’s explanation as to why Sebastian Vettel was penalised at the Mexican GP, Ferrari have requested a review of the penalty.

Vettel went from fourth to third in the immediate aftermath of the Mexican race when Max Verstappen was penalised, only to drop down to fifth when he was also hit with a time penalty.

The German was penalised for moving under braking against Daniel Ricciardo with Whiting spending time on Thursday explaining the decision during the drivers’ press call.

Ferrari have subsequently submitted a formal requested a review of the penalty, stating that new evidence has come to light.

“Scuderia Ferrari has submitted a request to the Stewards of the 2016 Mexican Grand Prix to review their decision to penalize Sebastian Vettel for breach of Article 27.5 of the 2016 F1 Sporting Regulations as a consequence of his driving behavior in Turn 4 of lap 70,” said Ferrari in a statement.

“This has been the first application of Article 27.5 of the 2016 F1 Sporting Regulations as interpreted on the basis of the Race Director’s notes on “defensive maneuvers” and effective from the 2016 US Grand Prix.

“Scuderia Ferrari considers that a number of new elements have come to light after the decision was rendered that make the decision reviewable under Article 14.1 of the International Sporting Code.

“Scuderia Ferrari is aware that championship rankings will not change, regardless of the outcome. But in light of its importance as a precedent for the future, and in order to provide clarity in the application of the rules in future events, Scuderia Ferrari believes that the decision should be reconsidered by the Stewards.”

“Where do you draw the line?” Horner told Motorsport.com. “That means that you could theoretically challenge an awful lot of other events of the other 18 races throughout the season.

“That event, the book should be closed on it, the results were published and official, there was a right to protest and appeal. That wasn’t taken up, so it really should be end of story.”

He added: “I guess Ferrari must feel that there is some compelling new evidence. I think the process is it has to go back in front of the stewards that were at the event, and then they have to unanimously decide if it warrants being looked at, and then it would be put before the stewards at this event.

“There’s very little for me to comment on until we understand what their new evidence is, and what the response of the FIA stewards is.”