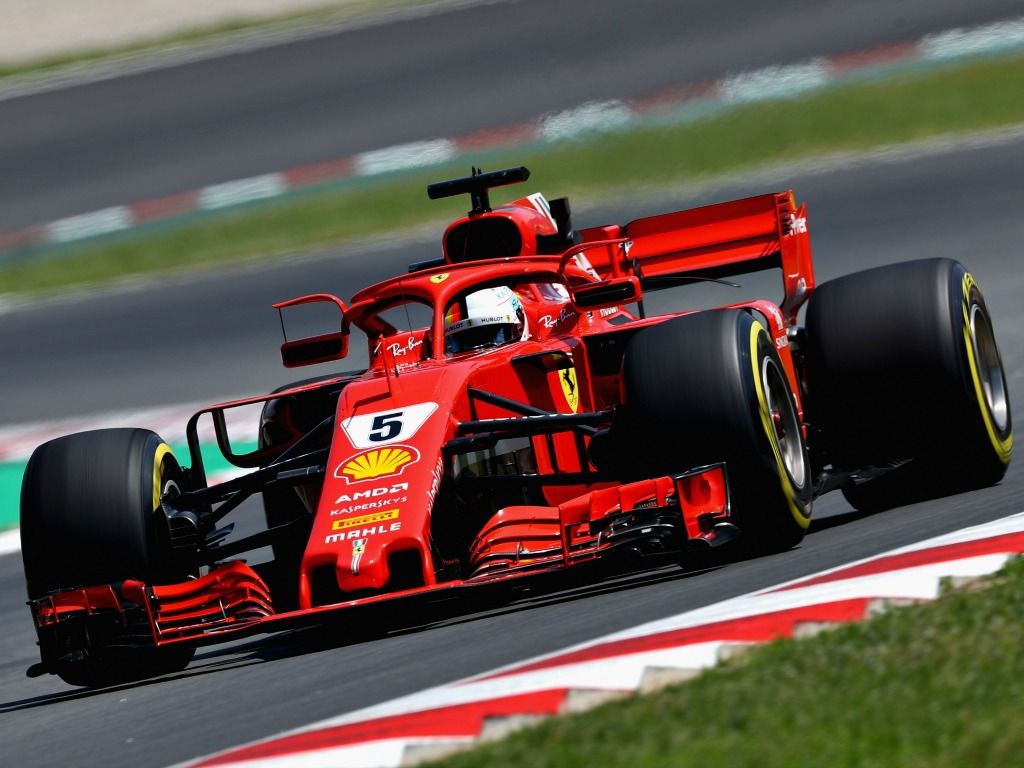 Ferrari are set to change their rear-view mirrors for the next race in Monaco following complaints made to the FIA.

The SFH-71 attracted plenty of attention in Spain the moment it appeared in the garage, with new mirrors and winglets attached to the Halo safety device.

FIA boss Charlie Whiting was spotted taking pictures of the updated mirror spec on Thursday, but have remained on the car throughout the sessions at the Circuit de Catalunya so far.

However, several teams have written to the FIA to ask for clarification on what can and cannot be attached to the Halo, with suspicions firmly raised that the new spec has been introduced predominantly for aerodynamic gains.

Vettel denied that was the case after FP2 on Friday, but the Ferrari car is set to lose the new set-up, more specifically the winglet element, after the Spanish Grand Prix.

Red Bull boss Christian Horner was quizzed on Ferrari’s new mirrors in FP3 and was asked by Sky Sports whether he could confirm the paddock rumour that they have been told to remove their new design.

“I don’t think you will see them at another race,” Horner confirmed.

“That’s my understanding. They have them on the car here but we will see what happens in a couple of weeks’ time.”