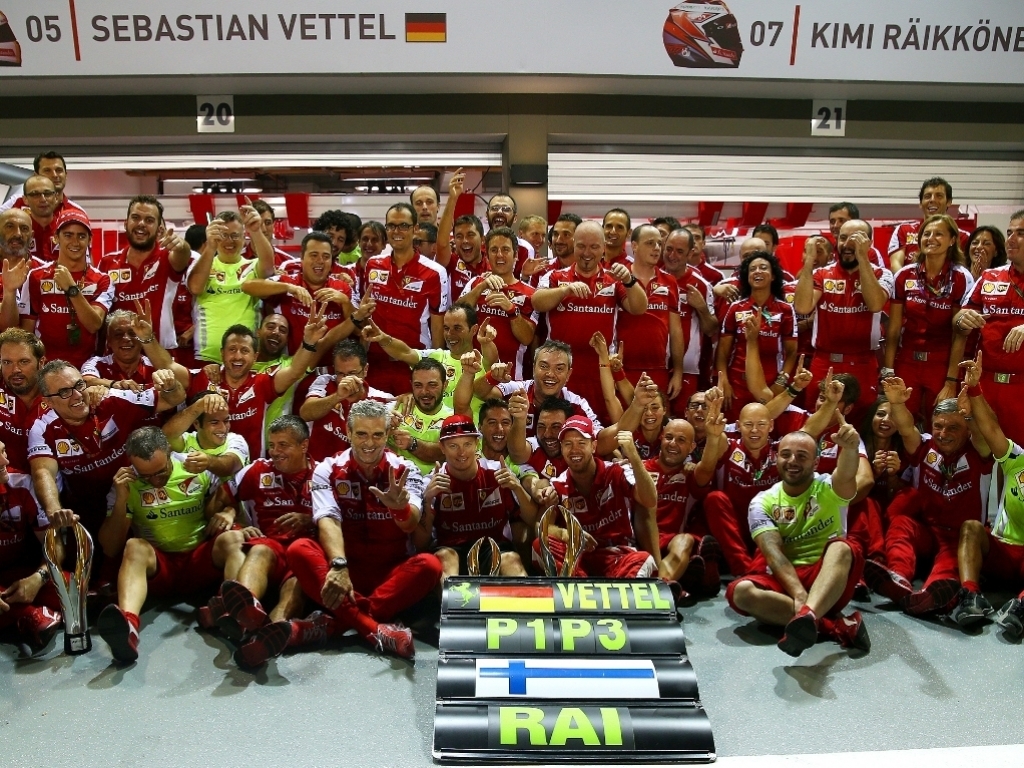 On the back of Ferrari's impressive performance in Singapore, chairman Sergio Marchionne has warned that the victory was a "huge step forward on our road back to staying at the top".

After failing to win a single race during the 2014 season, Ferrari made wholesale changes and it has already paid off with Sebastian Vettel securing his third win in his debut season for the Scuderia at the Marina Bay Street Circuit over the weekend.

Not only did Vettel win the race, but he also claimed the team's first pole position of the season while team-mate Kimi Raikkonen started and finished third.

It was also Ferrari's first double podium since the 2013 season and you can bet on a similar result at Japan this weekend with Paddy Power.

"Congratulations to everyone involved in this fantastic victory," Marchionne said. "Sebastian Vettel drove like a real champion and everyone on the team, both on the track and back home in Maranello, did an absolutely perfect job.

"I’m also delighted for Kimi Raikkonen. It is wonderful to see him back on the podium too. It has been too long since two Ferrari drivers were in the first three across the line."

Ferrari targeted two victories at the start of the year and they already have three with six rounds still remaining this season.

Marchionne is pretty confident that their latest success is another step towards their aim of "staying at the top", and you can bet on this and more at Paddy Power.

"This was a major victory on a difficult circuit and I’d like to dedicate it to all our tifosi who have been so steadfast in their affection and support," he added.

"On behalf of everyone in Ferrari, I promise them this race is not just a one-off but a huge step forward on our road back to staying at the top and hearing the Italian national anthem played a lot more often."