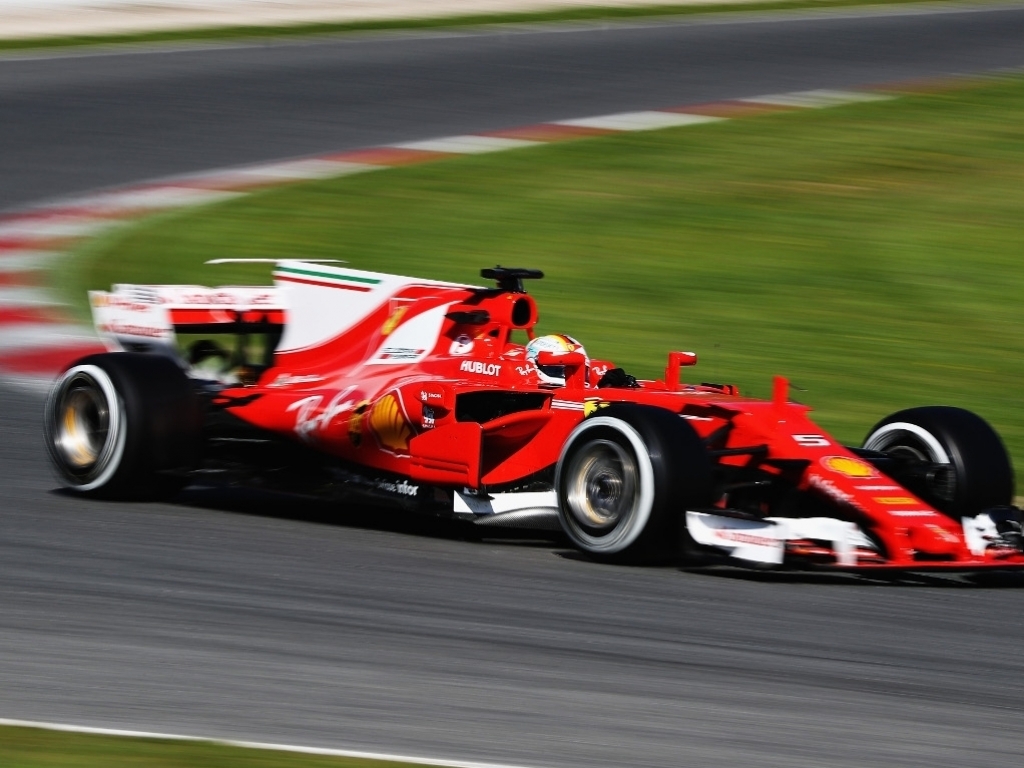 Sebastian Vettel has posted the quickest time in testing so far with a 1:19.024 set on ultrasoft tyres at the Circuit de Catalunya.

The previous fastest lap was set by Valtteri Bottas on Day Six – a 1:19.310 on the supersoft compound – but the German was able to get closer to the 1:18 benchmark predicted by Pirelli and could have even broken the barrier had he not backed off in the final sector.

Vettel's new fastest lap is almost exactly three seconds quicker than the pole time set at the 2016 Spanish Grand Prix, but it remains to be seen whether rivals Mercedes or Red Bull feel the need to fully respond to Ferrari's mini statement just yet.

Earlier in the morning session, Vettel also recorded a 1:19.341 on soft tyres, again on a very short run, which is over half a second quicker than the previous best set by Red Bull's Daniel Ricciardo on the same compound.

With five minutes remaining before the lunch break, Lewis Hamilton re-emerged from the pit lane with some fresh ultrasofts bolted on, but was only able to claim P2 with a 1:19.352 – the fastest we have seen the Brit so far this winter, but three tenths down on the leading Ferrari.

Not to miss out on any of the drama, McLaren-Honda, who had announced that they have cancelled their proposed meeting with the media on Thursday afternoon, suffered more embarrassment when the MCL32 broke down twice on track within the final hour of the morning session.