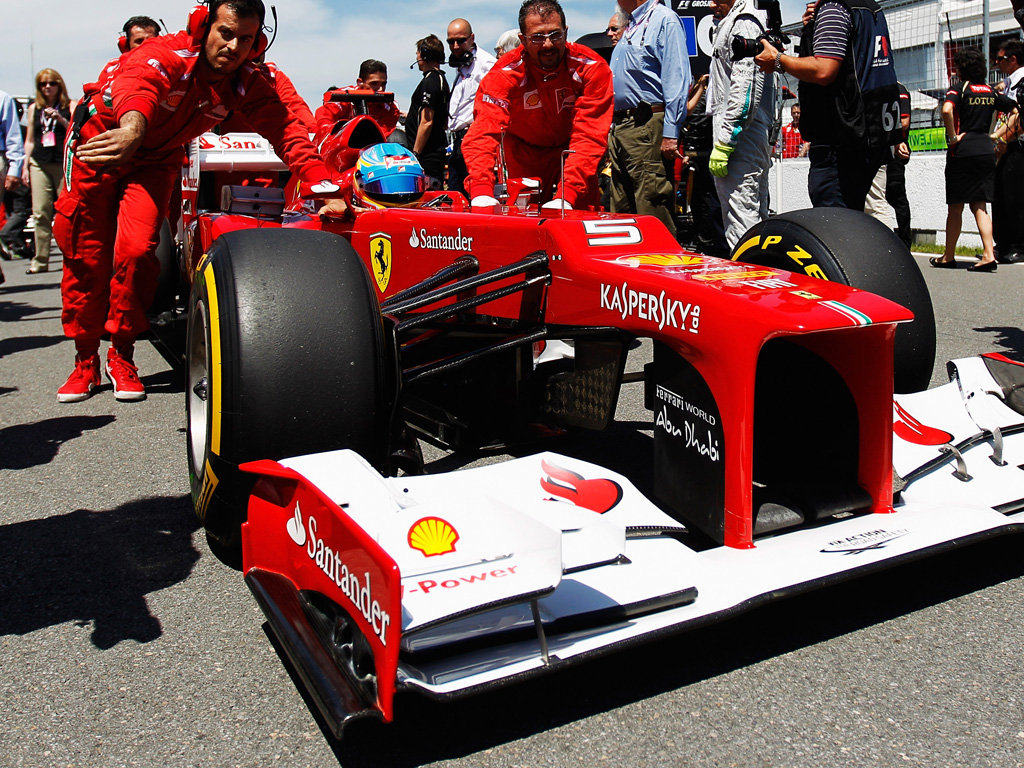 After struggling during pre-season and the opening race of the season, the Italian outfit have slowly but surely improved into a team that can challenge for both pole positions and race victories.

In Montreal last time out Fernando Alonso qualified P3 and then looked on course for victory until their decision to go with a one-stop strategy backfired.

Despite not getting the win at the Canadian Grand Prix, Tombazis is happy with the way the team have responded to the difficult start and says there will be further updates to the car at this weekend’s European GP.

“At the moment, we are reasonably satisfied with the point we are at now, given where we started from, however, we cannot be totally happy, as we are not in a position to dominate races, or indeed to win all of them, which is always one’s objective,” he told the team’s official website.

“We have very strong competitors who are also continuing to develop their cars and we feel this technology race will continue to the end of the season. Our work is continuing at the same intensity and, our plan is to introduce developments at every race, starting with Valencia: this weekend we will be experimenting with the front wing and the floor, while having further evolutions of the exhausts.

“We already have other updates in the pipeline for subsequent races and I believe this will continue right through to the very last race.”

Tombazis explained that their major improvement in Canada may well be down to the decision to change their exhaust configuration.

“The exhaust layout in Montreal was a cousin of the one we tested in Jerez at the launch,” he said.

“The former one was more complicated and created various problems for us which meant it did not contribute much in terms of lap time or making the driver feel it was a benefit.

“We therefore abandoned it, while addressing other weaknesses on the car, until we reached the first major change which came in time for the Spanish Grand Prix. That had a different, central exhaust configuration, at a point when we had effectively reviewed the entire car, from its front wing, the diffuser, the rear wing and turning vanes and brake ducts, producing what was in aero terms effectively a new car.

“However, we kept working on the exhausts to develop a more robust and simple system, but it still related to the original one and that is what we introduced in Canada.”