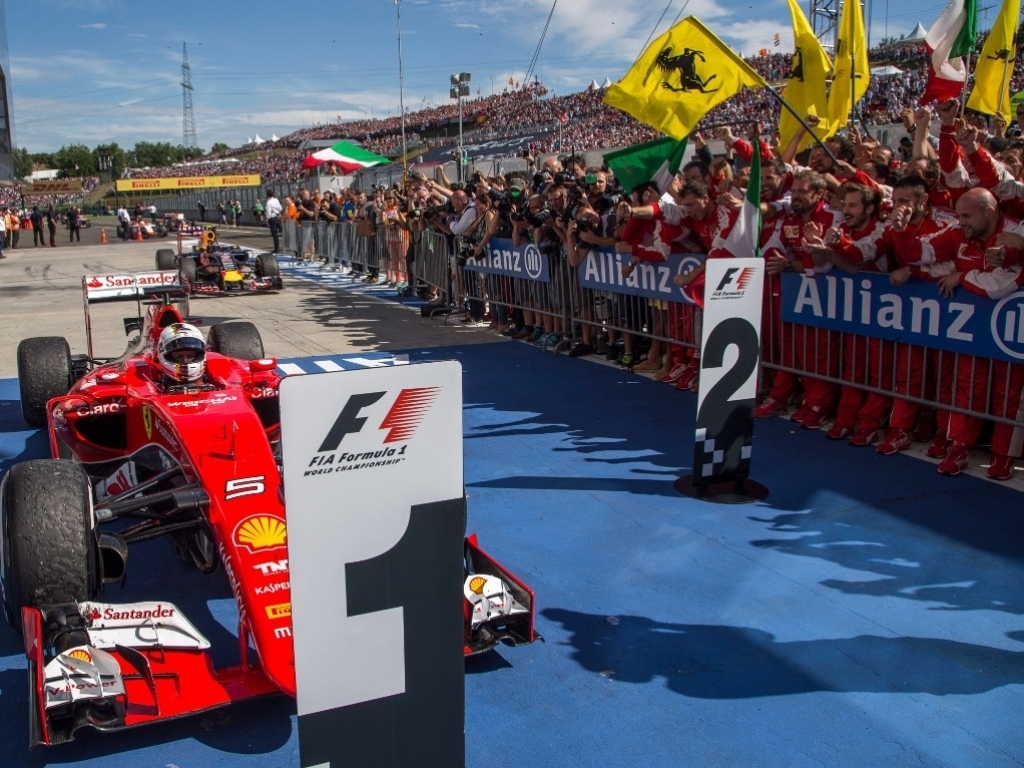 After a string of poor team performances in the recent past, Sebastian Vettel's victory in Hungary was a much needed shot in the arm for Ferrari.

Vettel stormed to the front of the field at the Hungarian Grand Prix, and despite late safety car drama, managed to hold on to win his second grand prix of the season.

The Italian team have been on the receiving end of some pressure and even criticism from certain sections of the Italian media.

"Until last week they were talking about us as a disaster," said Arrivabene.

The Italian refused to get carried away with the Vettel's victory, especially in the light of the problems his team had in free practice on Friday.

They also appeared well off the pace during qualifying, with Vettel, who qualified in third, lapping seven-tenths of a second slower than pole-sitter, Lewis Hamilton.

"Yes, we have two victories but we have to keep our feet on the ground and work hard, as has happened this weekend. On Friday we were struggling a lot and at one stage James Allison said to me, 'If I have to think of the worst day of my career, then today is the worst!'

"They were using the FP3 to try to adjust the car and after that on Saturday evening we thought, 'okay, we are in a better way'. We were not at all thinking about scoring this result, but at least thinking we are in a good way."

Arrivabene also praised Kimi Raikkonen for his effort during the race. The Finn had to retire due to an problem with the kinectic energy recovery system on his Ferrari.

The Italian acknowledged however, that sometimes luck is not always on a drivers side.

"I'm really disappointed because, to be honest, Kimi was really good today – both of them were, especially at the start. This is Formula One and sometimes these things happen. Sometimes you win because the other team scores an own goal, but it's part of the game. We have to accept this.

"Again, congratulations to Kimi for what he did today, but unfortunately something happened and we didn't have the double. It will be a good occasion to have it in the future, so it's another challenge," said Arrivabene.

Had Raikkonen not suffered a reliability issue, Ferrari might have had their first one-two finish since the German Grand Prix in 2010.