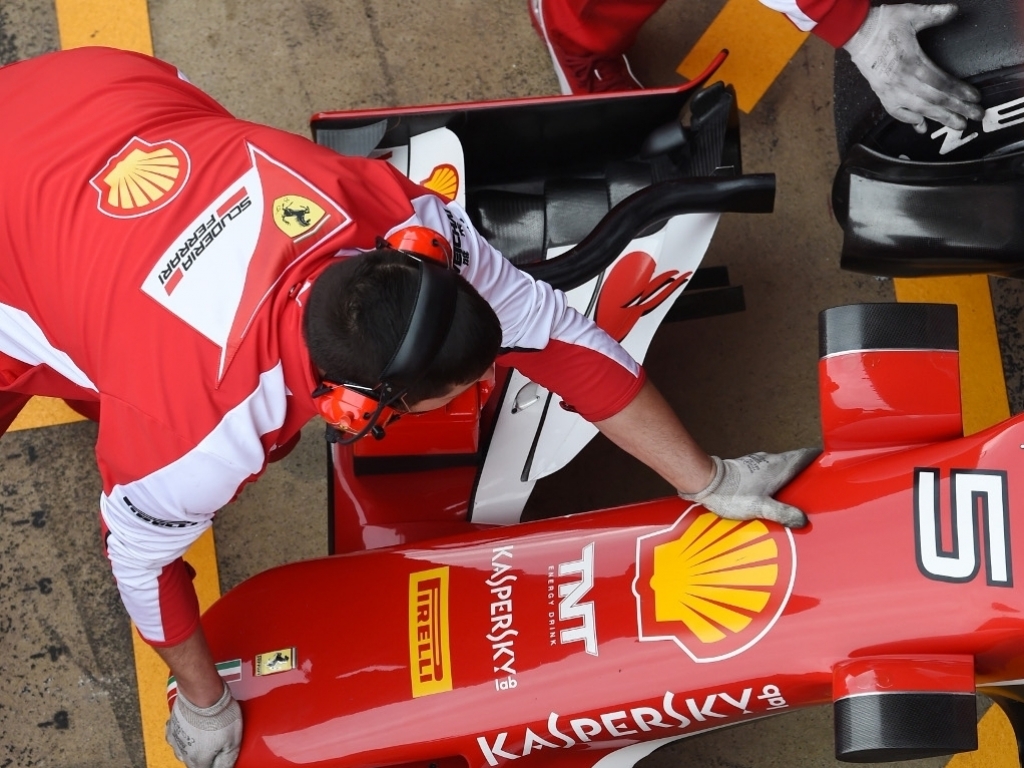 Although Ferrari beat Mercedes on merit in Malaysia, James Allison reckons it is too early to say whether Ferrari can challenge throughout the season.

The opening race of this season began with new signing Sebastian Vettel joining the Mercedes drivers on the podium but 30 seconds down the road out on track.

The next grand prix, though, was a turnaround as it Vettel who claimed the victory, beating Lewis Hamilton to the chequered flag.

In the wake of that win, there was a general thought that it was the high temperatures that played into Ferrari's hands.

And with cooler conditions expected this weekend in Shanghai, Allison admits Vettel and Kimi Raikkonen could have a tougher time.

"That allowed us to operate in the fierce temperatures like we experienced in Malaysia without having to open up the car.

"The track was also rough and hot, which is hard for tyres, and we're fortunate the car goes well on its tyres.

"Quite what problems were going on in Merc-land I don't know.

"But I'm fairly sure we will have our work cut out in China to do as impressive a job as we did in Malaysia."

Pressed as to whether Ferrari could mount a season-long challenge against Mercedes, Allison said: "I don't know about that. I'll tell you at the end of the season.

"There is a lot of work for us to do before we can head into every race weekend confident we can hunt for the victory from the first session of that weekend.

"But we do have a fairly exciting development plan, and we've a lot of performance to bring.

"It should at least be an interesting season to see if we can close that gap so we are genuine contenders at any weekend."