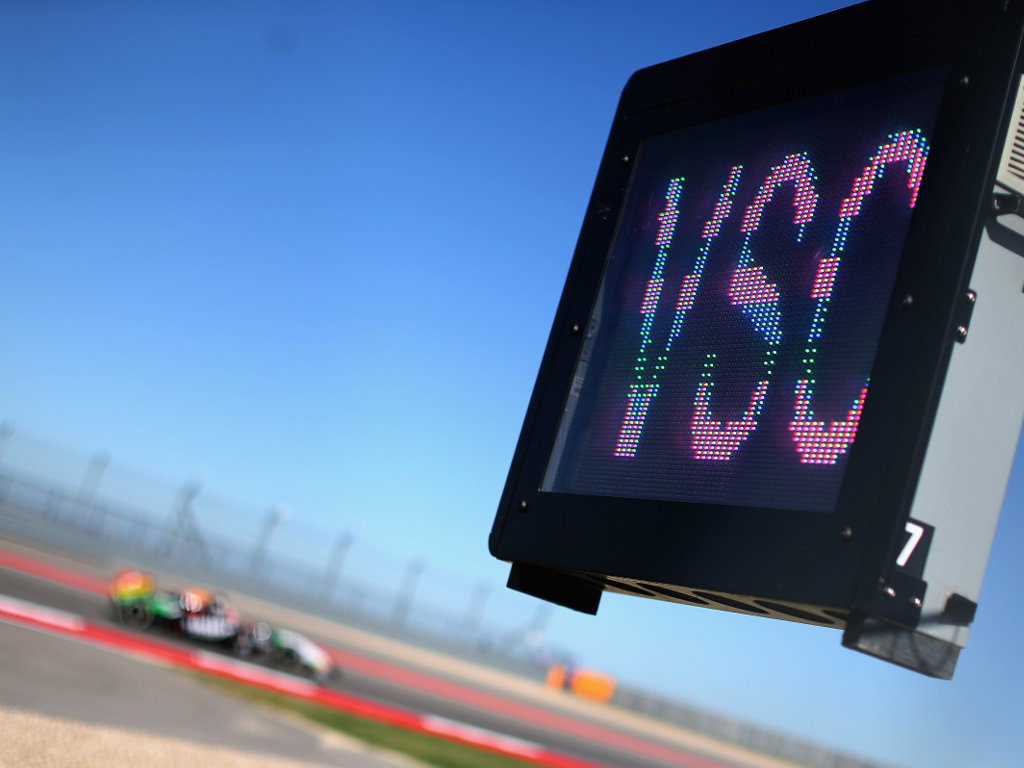 The FIA has confirmed that the Virtual Safety Car will be deployed at times when race control believes double waved yellows would do the job.

With drivers and teams all happy with the system, the FIA announced that it would be used during the 2015 Championship.

Confirming the rules for this season, motorsport’s governing body revealed the VSC will “normally be used when double waved yellow flags are needed on any section of track and competitors or officials may be in danger, but the circumstances are not such as to warrant use of the Safety Car itself.”

It will force drivers to slow their speed while staying above a pre-set minimum time at least once in each marshaling sector.

Added to that, drivers cannot lap “unnecessarily slowly, erratically or in a manner which could be deemed potentially dangerous.”

The rules also state that “no car may enter the pits whilst the VSC procedure is in use unless it is for the purpose of changing tyres.”