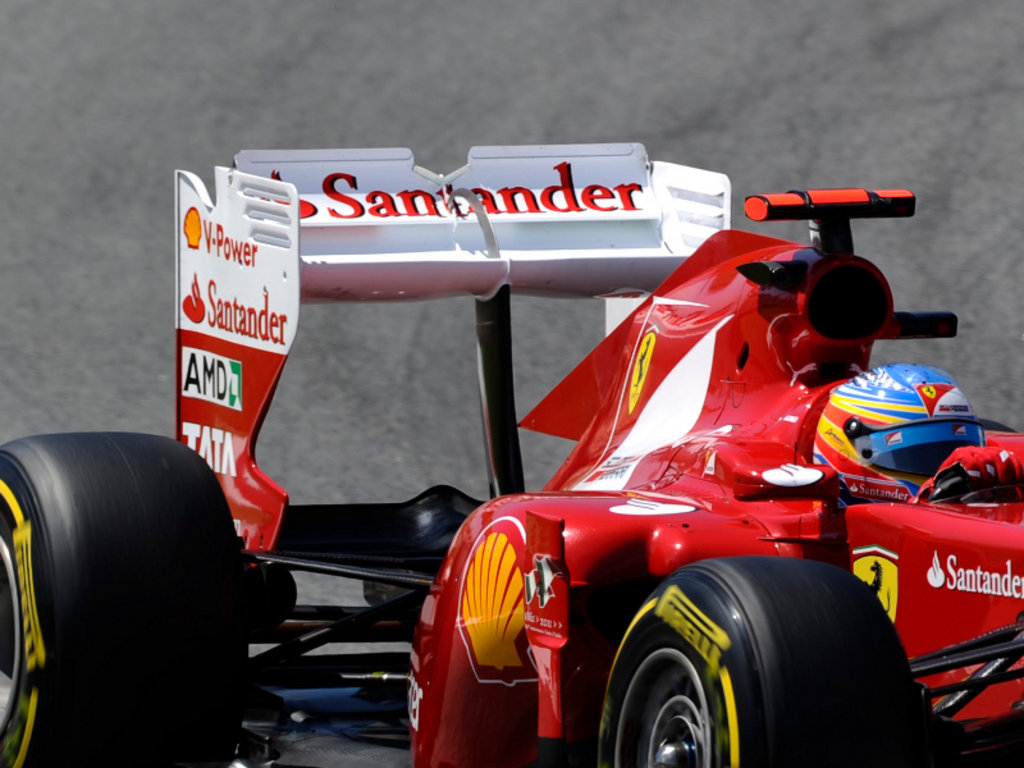 Ferrari’s new rear wing, which came under scrutiny at Barcelona on Friday, has been banned by the FIA…

Ferrari’s new rear wing, which came under scrutiny at Barcelona on Friday, has been banned by the FIa.

Ferrari ran a new-look rear wing at the Circuit de Catalunya in Friday’s practice sessions, however, concerns were raised regarding the slot gap separators on the wing.

FIA race director Charlie Whiting met with the Scuderia later in the evening, informing the media that the issue related to “article 3.10.3, which deals with slot gaps separators, the devices which are normally just vertical, which keep the distance between the profiles constant.

“We had an issue with changing profiles a few years ago. The separators can’t be more than 200mm apart. It’s an alternative interpretation of that rule that we are currently discussing.”

And after discussing it, Whiting ruled that Ferrari’s wing does contravene the regulations.

As such, the Scuderia were forced to remove the wing from both 150