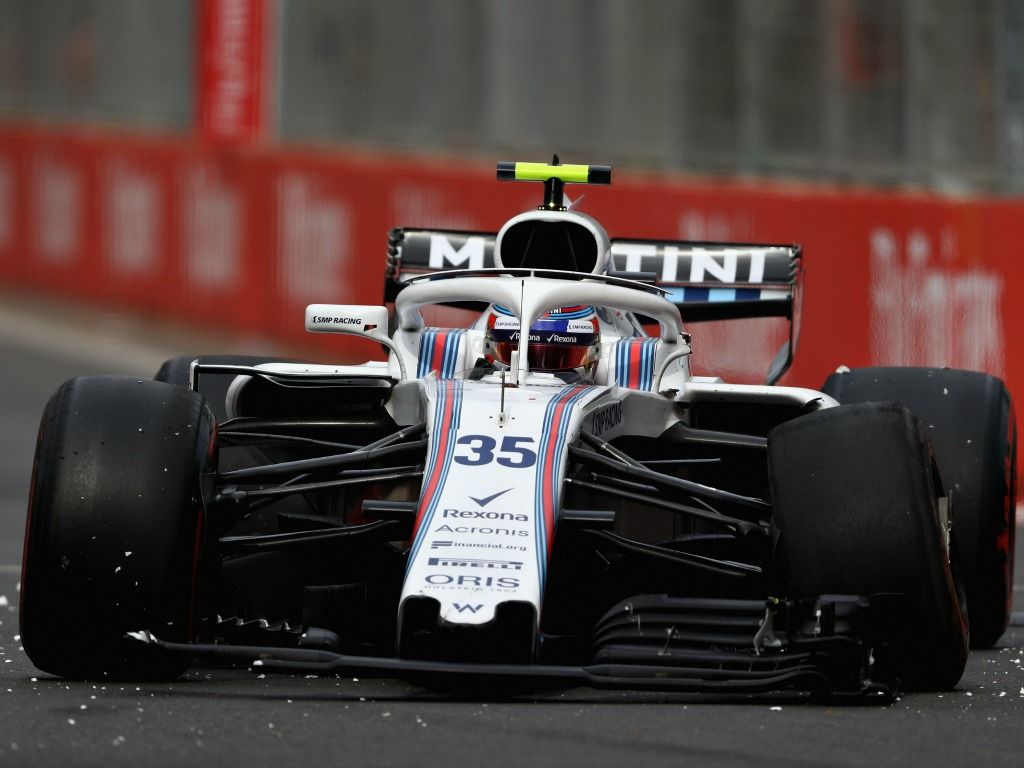 The FIA has rejected Williams’ request to look again at several incidents from the Azerbaijan Grand Prix.

Williams lodged an official complaint with the governing body after their driver Sergey Sirotkin was slapped with a three-place grid penalty for the upcoming Spanish Grand Prix.

The Grove-based team wanted the FIA to look at Fernando Alonso’s driving during the first lap, as well as review footage of Esteban Ocon’s collision with Kimi Raikkonen and Kevin Magnussen’s coming together with Pierre Gasly to try and highlight what Williams feel are inconsistencies in the FIA’s decision-making process.

It also emerged that Williams requested two other incidents to be looked at, but the FIA will not be holding a second meeting to re-discuss the penalties after no new evidence came to light.

An FIA statement read: “The stewards decide, unanimously, that there is no new significant and relevant element present, ‘which justifies a review of any of the 5 incidents referred to in the request.”

The decision means that Sirotkin’s impending penalty will still be enforced and all other decisions made at the Azerbaijan Grand Prix all stand.

The full statement is as follows:

1. In relation to the incident described in Document 34 (SIR/PER) it is noted that this was a case where one car crashed into the rear of another, and was not similar to other first lap incidents where cars were side-by-side. The penalty was similar to other penalties for similar collisions and was consistent with the minimum grid penalties given previously.

2. The fact that the written decision in Document 34 did not reach the team until 1728hrs was not deemed relevant because this was well before the time for any protest or appeal had expired. This is mentioned in the context of the team’s argument that some other incidents were not penalised or were not penalised sufficiently.

3. In relation to the incident described in Document 43 (MAG/GAS) the team, in its written request for review, argued that the penalty on MAG was “inconsequential”. The team is reminded that since the meeting of 2013 between the FIA and representatives of the teams and drivers, the consequences of penalties are not taken into account.

4. Further to the above, and in relation to other penalties, since the beginning of 2016 there have been a total of 87 incidents involving alleged “causing a collision” in the Formula One Championship. Of these, as a result of the “let them race” policy, 55 have resulted in No Further Action. 14 have resulted in 10 second penalties and 9 have resulted in 3 grid position penalties for the next race. A very small number involved other penalties. Therefore the penalties imposed on MAG, ERI and SIR were entirely consistent with previous practice and with the penalty guidelines. The cases of No Further Action were also consistent with previous practice.

5. The Race Director specifically referred to the actions of the driver of Car 14 in returning to the pits after his incident in lap one and noted that firstly, the Safety Car was present, and secondly that the driver took care to avoid the racing line, avoid following traffic and minimised risk.

6. Williams Martini Racing was aware of the actions of the driver of Car 14 as it occurred. Their team at the “mission control” in the UK saw it on the live television feed and the team on the pit wall would have seen the driver of Car 14 enter the pits, as it had to drive past them. Therefore it cannot be argued that this is a “new element”.

7. In relation to the incidents referred to above, all “no further action” incidents were well promulgated prior to publication of the results. Therefore the team had ample opportunity and time, being aware of all the other penalties above, to lodge an appeal where no penalty was imposed (noting that no appeal is permitted where time penalties or grid penalties are imposed).

8. In relation to the incident involving cars 14, 27 and 35 on lap one, as the stewards took no decision on this matter, the team could have protested the matter within the permitted time limit, but chose not to exercise this right.

9. Differing penalties imposed or incidents where no further action was taken, cannot be regarded as a new element.

10. In relation to the media reporting tabled by Williams Martin Racing in its request for a review, these reports are not considered significant and relevant