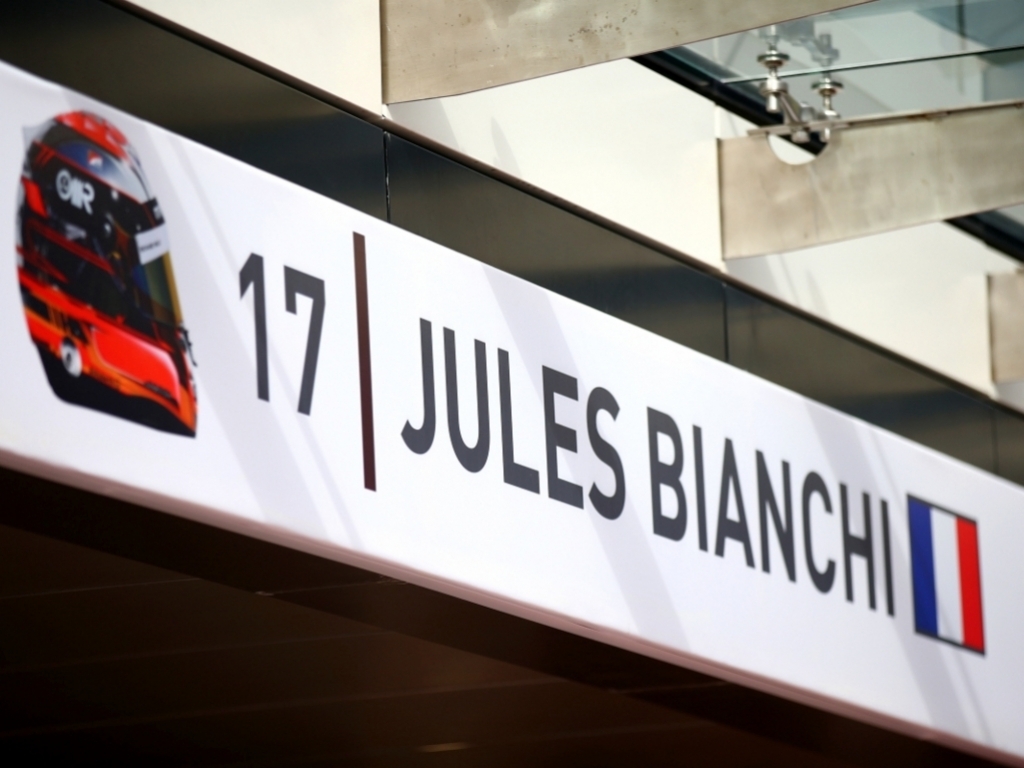 Bianchi lost control of his Marussia in extremely wet conditions before colliding with a crane tasked with the recovery of the stricken Sauber of Adrian Sutil.

The FIA, through their newly established World Accident Database, have released various data findings relating to the incident in which Bianchi sustained head injuries. He spent the next nine months in a coma from which he never recovered. He died in Nice on Friday evening.

These findings, published exclusively in Auto Motor Und Sport, shed much light on the incident.

When Bianchi lost control of the Marussia he was travelling at 213 km/h and although the car slowed down before impact, it still struck the crane at 126 km/h. This took place over the course of 2.61 seconds following the Frenchman first losing control.

The FIA's Safety Commission vice president, Andy Mellor explained that the Marussia then slipped under the crane's stem. This caused Bianchi's injuries as the car came to an abrupt halt with it's nose forced under the crane.

"It worked like a brake, with an abrupt deceleration – and in this process there was contact between the helmet and the crane. We have never seen anything like this before," said Mellor.

Although the car impact force was around 59G, sensors in Bianchi's ear plugs recorded a impact of 92G. The FIA believe however, that the ear plugs slipped and that the collision generated as much as 254G. This was as a result of the abrupt deceleration it endured.

Peter Wright, head of the FIA Safety Commission stressed the importance of his organisation thoroughly studying the Bianchi's crash and learning from it. This, he believes, will lead to better safety at Formula 1 events.

The FIA have already introduced some regulations as a result of the accident. These include a Virtual Safety Car and better cockpit head protection for drivers.

"It is still often the case that some accident must first occur in order to learn from them. It was a scenario we could not previously imagine," said Wright.

"That's why it was very important to really investigate this accident to the smallest detail. We have never invested so much time and effort in an analysis."