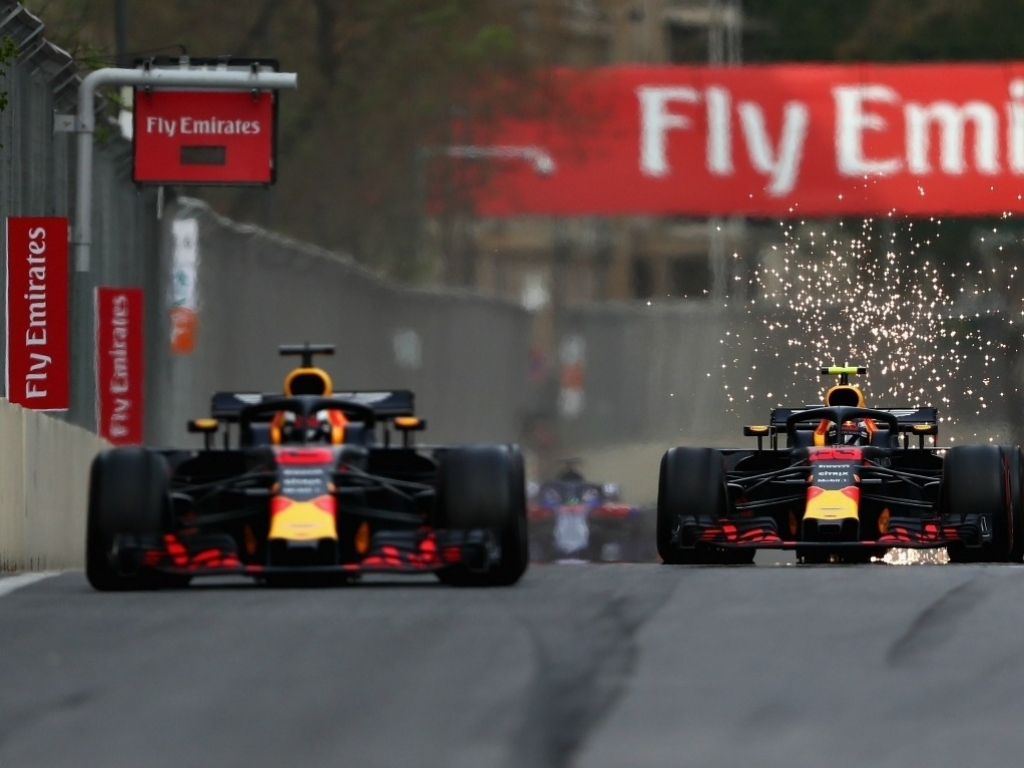 The FIA have reprimanded both Daniel Ricciardo and Max Verstappen for their collision in Baku which resulted in both Red Bull drivers retiring from the race.

The duo were fighting on track with each other all afternoon in Azerbaijan and things came to an inevitable end at Turn 1 when the Aussie slammed into the back of Verstappen, who moved twice whilst trying to defend position.

The FIA have released a short statement on the incident after both drivers were summoned to the stewards' room.

"Both drivers contributed to the collision," said the statement. "The driver of car 33 [Verstappen] made two moves, both of which were relatively minor.

"The driver of car 3 [Ricciardo] admitted he left his move to overtake on the left, too late.

"It was obvious to the stewards that although the incident had its origins in the moves by car 33, the driver of car 3 also contributed to the incident.

"Both drivers expressed regret about their respective contributions to the incident, during the Stewards' hearing."

Both Red Bull drivers have also been ordered to apologise to the entire team for their actions.