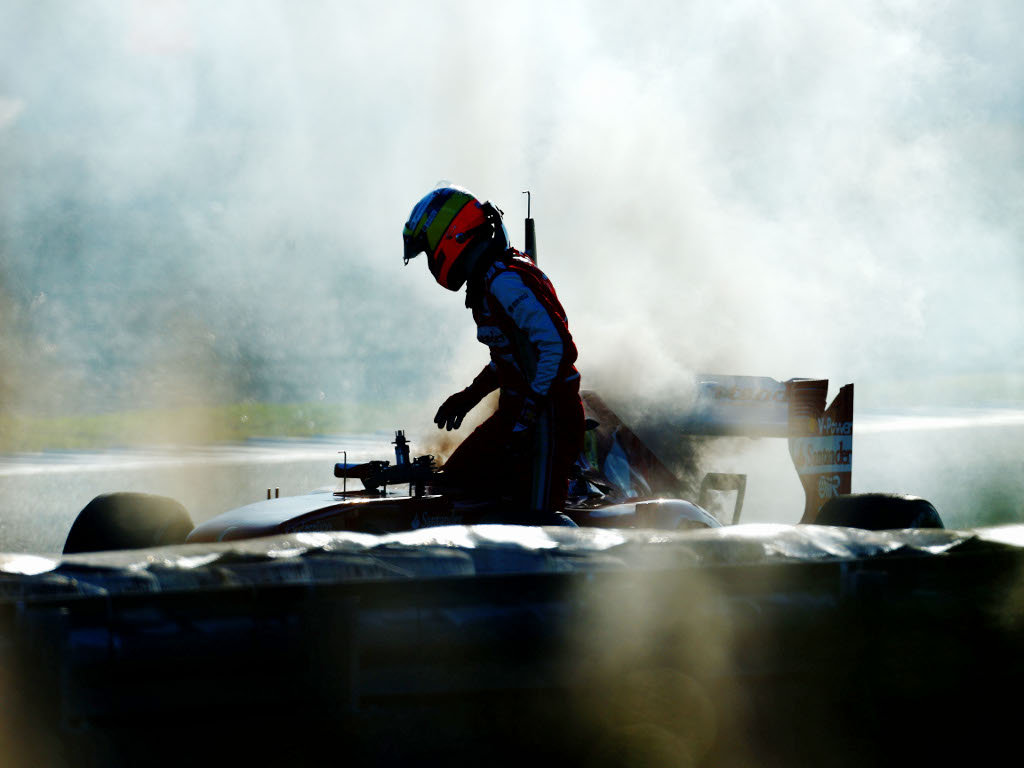 Pedro de la Rosa’s Ferrari debut came to a halt after just two laps with smoke billowing from the right rear of his F138.

The Spaniard, who last month joined the Italian stable as a development driver, was in action at Jerez on Friday in what was to be his only day in the new car.

His morning, though, did not get off to the best start when, after just two laps, he pulled over between Turns 7 and 8 with his car on fire.

With flames licking the rear right of the F138, marshals rushed over to put out the fire before the car was covered and taken back to the pits.

The team announced that it could be a while before de la Rosa returned to the action.

“Work in progress to check conditions of the F138, it will take a while to hit the track again…” the team Tweeted.

Ferrari later revealed that the problem was a gearbox failure and they were able to get the Spaniard back out on track for the afternoon’s session.