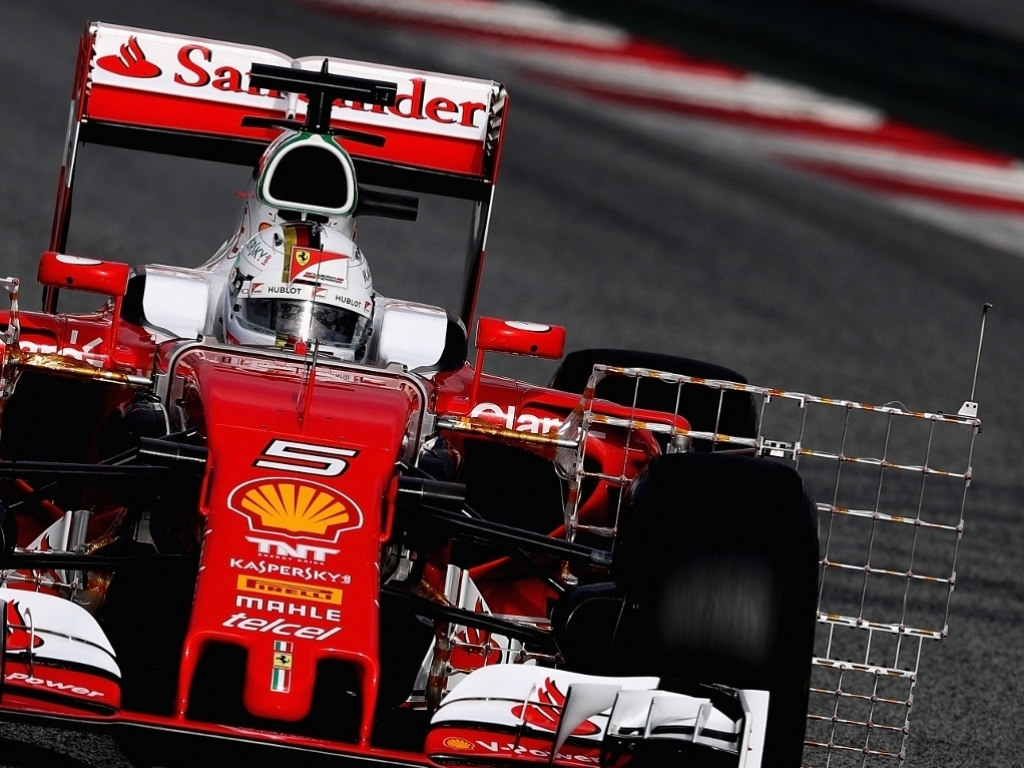 Sebastian Vettel completed Monday’s first day of pre-season testing as the fastest driver out on track but it was Lewis Hamilton who amassed the most laps.

Vettel posted a 1:24.939 ahead of the lunch break as he put mileage on Ferrari’s new SF16-H. The German’s time put him 0.470s up on reigning World Champion Hamilton.

However it was the latter who displayed both pace and reliability.

The Mercedes driver completed 100 laps with two hours to go and by the end of Day One had brought the W07’s tally up to 156 laps of the 4.7km Circuit de Catalunya.

Daniel Ricciardo, behind the wheel of Red Bull’s RB12, was third quickest ahead of the Williams of Valtteri Bottas.

Both drivers put in a solid day’s work as they covered 86 and 79 respectively.

Meanwhile it was a good start to pre-season testing for Jenson Button and McLaren-Honda.

Although Racing Director Eric Boullier was not too happy with the 35 laps covered in the morning’s session, bringing that tally up to 83. His best lap, on the soft tyres, was 1.796s off the pace.

Carlos Sainz was seventh for Toro Rosso ahead of Marcus Ericsson who was behind the wheel of a modified version of last year’s Sauber.

Ninth place went to the Manor driven by Pascal Wehrlein, who completed 54 laps on Monday. He edged out Haas’ Romain Grosjean by a tenth.

Grosjean’s running was kept to just 31 laps as his VF-16 suffered a front wing failure down the main straight in the morning which required an investigation by the American team.

Jolyon Palmer, who ran into a few technical troubles, was P11 for Renault. He was 4.417s off the pace.