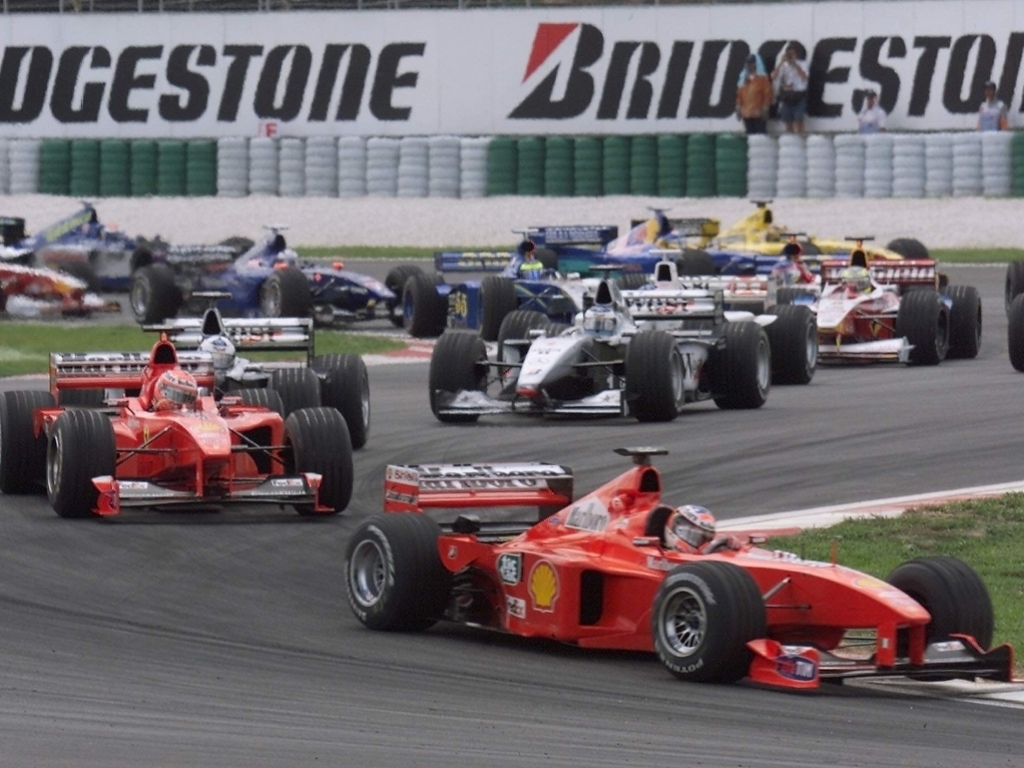 There is a general assumption that the Malaysian Grand Prix is one of the lowlights on the F1 calendar. However, if you look back in the history books you may be pleasantly surprised to see this is not the case at all. Planet F1 takes you a trip down memory lane.

Not many were expecting to see Michael Schumacher again in the 1999 season after he broke his leg at the British Grand Prix. But back he came just three months later to line up in the first-ever F1 race in Malaysia. His role, though, was to try and aid Eddie Irvine in his world championship title battle with Mika Hakkinen.

Not for the first time, Schumacher’s in-race tactics were questionable as he used every trick in the book to block the Finn. He then let Irvine pass to take the victory which put him four points ahead going into the final race of the season. The drama did not end there…

Both Ferraris were disqualified due to a bargeboard infringement and Hakkinen was crowned world champion. But Ferrari managed to reverse the FIA’s decision through the courts meaning that the original result stood! Hakkinen would finally get his hands on the title in Suzuka.

Seeing Ferrari at their absolute best is a rarity these days but their superiority was clear for all to see in Kuala Lumpur 15 years ago.

A trademark downpour turned this race into a classic. Schumacher and team-mate Rubens Barrichello skidded off the track and both were fortunate make it back to the pits. This was where the race was won.

The decision to fit intermediates as opposed to full wets initially looked to be a strange decision. The duo were 10th and 11th behind the safety car but once the race restarted, they glided through the rest of the field to take a Ferrari one-two with Schumacher finishing over 20 seconds ahead of Barrichello.

Skip forward two years later and the Sepang International Circuit was the breeding ground for the next generation of F1 drivers. Two future world champions would record important career milestones here to build the foundations of their glittering careers.

2007 world champion Kimi Raikkonen secured his first-ever victory in F1 after climbing up from seventh to eventually take the checkered flag, while two-time champ Fernando Alonso collected a maiden podium and points finish. A significant race in F1 history.

After winning in Australia, the fairytale for Jenson Button and Brawn continued in Malaysia. Brawn became the first constructor since Alfa Romeo in 1950 to win their first two Grands Prix and they did so with only 31 laps of the scheduled 56 classified due to a apocalyptic downpour. It would be only the fifth time that half-points were awarded and the first it had happened for 18 years.

Button still had to work for his victory though after a poor start at the front of the grid. Nico Rosberg, Jarno Trulli and Alonso all zoomed past him but the Brit, aided by his speed advantage, would rescue the situation in some style, which included a stunning overtake on Alonso at Turn 13.

After Alonso’s early retirement, Red Bull were coasting to their first one-two of the season with Mark Webber ahead of team-mate Sebastian Vettel.

Then came the infamous ‘multi-21’ call from Christian Horner on team radio – the code used to tell the drivers to hold position for the rest of the race.

Vettel would completely ignore this instruction and proceeded to attack Webber before overtaking at Turn Four and going on to win. The images from the podium afterwards told a million words, never mind a thousand.

The German apologised but then withdrew it ahead of the next race, saying he did it because Webber did not help him win the title in Brazil the previous year.