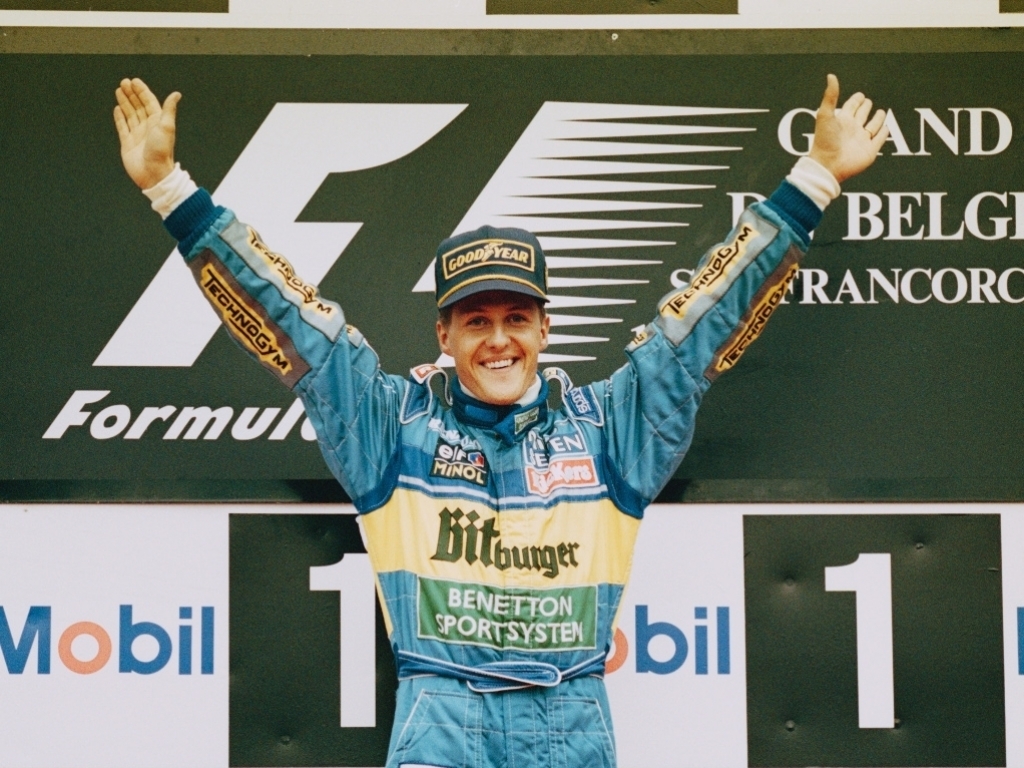 The F1 season resumes in fine style with the Belgian Grand Prix taking place at the legendary Spa-Francorchamps circuit. Planet F1 raids the archives to pick out five stand-out races.

Bruce McLaren 1968
First we head all the way back to round four of the 1968 season where a number of F1 firsts and lasts were carved in stone. Bruce McLaren, starting from sixth on the grid, recorded his fourth career win which was made slightly easier by a whopping 10 retirements and three other drivers also suffering with problems.

It may not sound like a classic race, but it would mark the New Zealander’s last-ever win in F1 and the first of 182 victories for manufacturers McLaren. This was also the first race where wings were introduced to F1 cars.

Michael Schumacher 1995
It would not be a top five without including the master of Spa. His 1995 win was the second of six career victories in Belgium and he was absolutely ruthless in his quest to finish top of the podium and get the better of his rival Damon Hill. Too ruthless, on this occasion.

Starting all the way down in 16th, the German eventually found himself with the race lead when Hill and Gerhard Berger came into the pits. Then the rain came. Schumacher decided to stay with the slicks in the hope that the long track would dry out, but Hill was lapping six seconds quicker on wets.

A series of outrageous blocking manoeuvres from Schumacher saw Hill keep losing time, but when the Brit finally did pass, the weather changed back in the former’s favour. After the safety car came in when the rain returned yet again, Hill was penalised for speeding in the pit-lane which ended all hope of a victory.

After the race, Hill immediately went to Schumacher to discuss his unsportsmanlike behaviour before the stewards slapped the German with a suspended one-race ban.

Damon Hill 1998
Hill would be the man to end Schumacher’s run of consecutive wins at Spa, but it was done in the most chaotic of circumstances. In absolutely appalling conditions, David Coulthard lost control of his car on the first lap and caused a 13-car pile-up which forced a hour delay and a race restart.

Championship leader Mika Häkkinen and Johnny Herbert would then collide at the first corner and both retire, before Schumacher, who had built up a 30-second lead over Hill by lap 24, suffered the same fate when he hit the back of Coulthard trying to lap him.

Hill was back in the lead but had team-mate and Michael’s brother Ralf Schumacher for company before team orders would ultimately ensure that the 1996 World Champion would make this legendary race his last-ever win in F1.

Kimi Raikkonen 2004
Skip forward six years to the Finn’s first of four career wins at Spa. Beginning 10th on the grid, Raikkonen would make the most of a series of safety cars to take his and McLaren’s first and only win of the year in a season where the manufacturer were the butt of everyone’s jokes.

Accidents galore and six different drivers taking the lead, this really was a race to remember. There was also the small matter of Schumacher claiming his seventh world championship in Ferrari’s 700th F1 race too!

Felipe Massa 2008
2008 would eventually be a happy year for Lewis Hamilton but there was a bitter pill to swallow in Spa beforehand. The pole-sitter saw the race lead slip away early on when spinning out, but when the rain came Hamilton roared back to life to set up an absorbing finale against Raikkonen.

In the closing laps, Hamilton passed the Ferrari, lost the lead again with another spin and then re-claimed it when Raikkonen crashed out in dramatic style.

Or so he thought. The Brit was handed a 25-second penalty after the stewards deemed he gained an advantage by cutting the Bus Stop chicane – a punishment which demoted to him to third spot and boosted Massa to the top of the race standings.