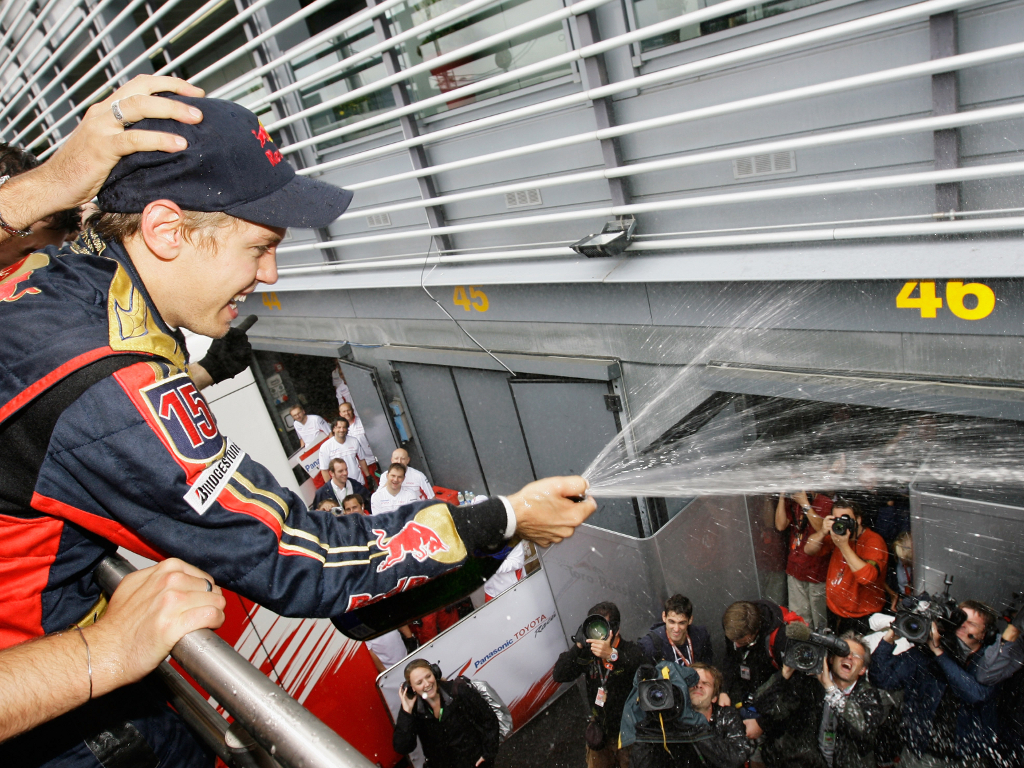 After the thrills and spills of Belgium comes another F1 ever-present in the form of the Italian Grand Prix at the iconic Monza circuit. We cherry-pick five historic races ahead of this Sunday’s action.

While Moss picked up his third win in his F1 career, this race was all about the title race between Juan Manuel Fangio, his Ferrari team-mate Peter Collins and Maserati’s Jean Behra.

The Argentine held an eight-point lead heading into the final round at Monza, but his title bid looked over when his car broke down.

With Behra also forced to retire, Collins had the perfect opportunity to clinch the championship. He, quite remarkably, did not take it. Instead, Collins came into the pits and gave his car to Fangio for him to finish the race in second and win the title instead.

Why? Because Collins thought his team-mate deserved it more than he did. An incredible act of sportsmanship.

Even though the history books show that Surtees was the winner, just like 11 years previous it was another driver that provided the memorable moment.

Step forward Jim Clark. A flat tyre on lap 13 left the two-time world champion going from leading the race to being a lap down on the leaders. Not only did Clark unlap himself by being a whole three seconds per lap quicker than the rest, but he re-took the lead on lap 61 in an astonishing display at Monza.

With arguably one of the greatest-ever victories in sight, Clark encountered an engine problem on the very last lap to ensure a cruel twist of fate would leave him having to settle for third place.

Four years later would see Peter Gethin record his first and only win of his F1 career in the closest finish to a race that the sport has ever witnessed.

Ronnie Peterson, Francois Cevert, Mike Hailwood, Howden Ganley and Gethin were all in contention on the very last lap to take the checkered flag, but the latter made incredible use of the slipstream opportunities that Monza presents and came from fourth to take a stunning victory.

The top five finished within six tenths of each other, while Gethin would win by a mere one hundredth of a second.

1988 was the year of McLaren-Honda. The manufacturer won every race of the F1 calendar that year…apart from the Italian Grand Prix at Monza. With Ayrton Senna and Alain Prost locking down the front row once again in qualifying, a home win for Ferrari must have felt almost impossible to achieve.

However, a collision saw Senna finish the race down in 10th and Prost was forced to retire, leaving Berger and Michele Alboreto to secure a famous one-two for the Prancing Horse, a victory which was made even more poignant following the death of Enzo Ferrari just a month before.

during the Italian Formula One Grand Prix at the Autodromo Nazionale di Monza on September 14, 2008 in Monza, Italy.

In 2008, the German gave us all a taste of the success to come when he fully embraced the wet conditions in Italy to record a lights-to-flag victory by 12.5 seconds. What made his maiden career win even more impressive was the fact he was driving for a tiny Toro Rosso team.

He also became the youngest-ever driver to win an F1, aged just 21 years and 73 days, a record which has only just been beaten by Max Verstappen at the 2016 Spanish Grand Prix.

“It’s the best day of my life,” said Vettel. “These emotions I will never forget. It’s so much better than you might imagine it is.”