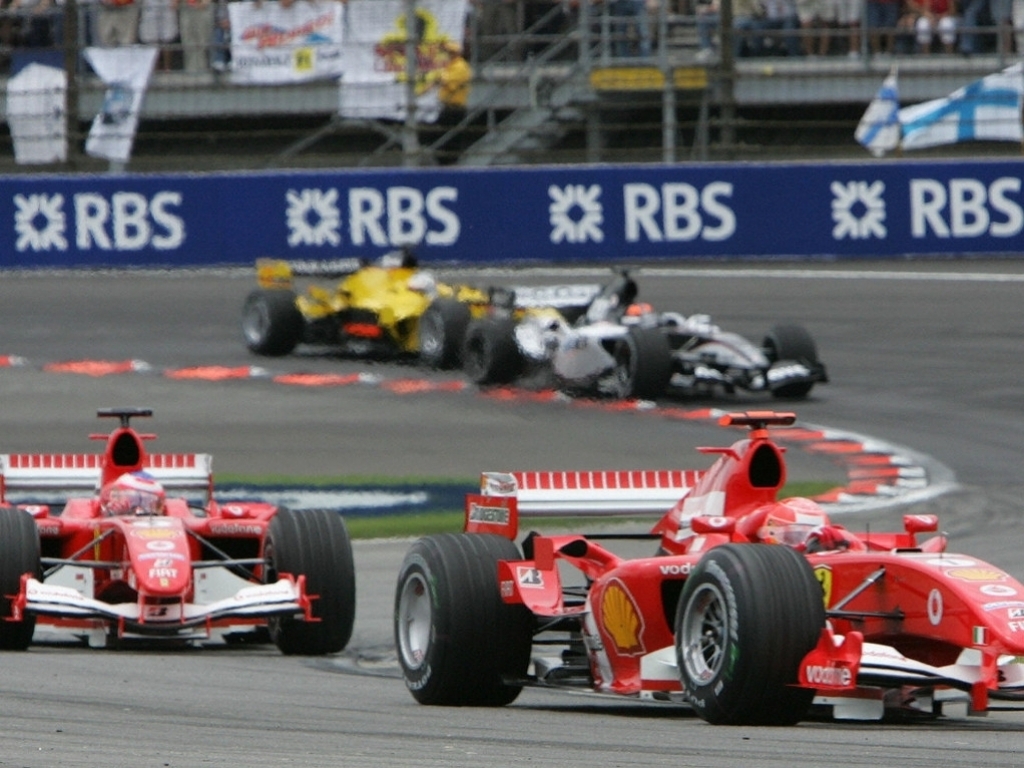 F1 fans have both enjoyed and endured a love/hate relationship with the United States Grand Prix since its debut in 1959. Ahead of Round 17 in Texas, PlanetF1 brings you five memorable races ranging from the fantastic to the darn right farcical.

1984
You will struggle to find a more bonkers race than this.

The crumbling Dallas circuit was described as “a glorified rallycross track” and the searing heat led to Osella’s Piercarlo Ghinzani having a bucket of cold water thrown on him in the pits, Nigel Mansell passing out when trying to push his car over the finish line and eventual winner Keke Rosberg being aided by a water-cooled skullcap.

18 of the 26 drivers on the grid retired with 14 of them colliding with the wall – including Ayrton Senna who was adamant that the wall moved to hit him!

Ferrari’s Rene Arnoux came from 26th to finish second and, to top it all off, Jacques Laffite turned up to the track in his pyjamas in protest to the eventually cancelled pre-race warm-up being moved to 7am.

1990
The season opener in Phoenix, Arizona, was all about two drivers: Ayrton Senna and Jean Alesi. The latter, in his inferior Tyrell, took a shock lead after starting fourth on the grid, but when Senna eventually caught him the rest of the race should have been a mere procession.

However, Alesi, to the surprise of everyone, immediately overtook Senna again in what was an almighty scrap for the race win until the Frenchman began to preserve his tyres and settle for a very impressive second place.

1991
Alain Prost and Jean Alesi were expected to dominate in their Ferrari cars but they, like many other drivers, were limited by their unsuitable gearboxes in the race that marked the end of 33 consecutive F1 races in the US.

In a car that was only race-ready six hours before the first practice session, a majestic Ayrton Senna tied Jackie Stewart for second on the all-time winners’ list with his 27th career victory.

There were also notable debuts from two-time world champion Mika Hakkinen and the green livery of the Jordan team, while the podium of Senna, Alain Prost and Nelson Piquet was the last time since the 2010 Canadian Grand Prix that three world champions finished in the top three.

2005
The race remembered for all the wrong reasons. After Ralph Schumacher’s Toyota crashed on the fastest part of the track in practice, tyre manufacturer Michelin advised the seven teams they supplied not to race due to safety concerns.

A compromise of a additional chicane to the final turn was proposed to help lessen the tyre load, but Ferrari and the FIA vetoed the plan.

As the 20 cars came to the end of their formation laps, hearts sank as 14 cars slipped away down the pit lane leaving just six cars left to race and eventual winner Michael Schumacher greeted with boos and thrown bottles from the baying mob in the stands.

2015
This race may barely be a year old, but its place is worthy on any United States Grand Prix list.

Only 12 cars finished an action-packed race which featured two virtual safety cars and another two actual safety car appearances. The second of which helping to set-up a pulsating finish between Lewis Hamilton and Nico Rosberg after an afternoon of contrasting weather conditions, various lead changes and utterly superb racing.

Hamilton, on fresher soft tyres, charged down his team-mate and forced him into a mistake that saw him only take the race lead on lap 49 of lap 56.

The eventual victory meant that Hamilton became only the second Brit after Sir Jackie Stewart to win three world titles and also match the feat of his hero Ayrton Senna.

This year’s race certainly has a lot to live up to.