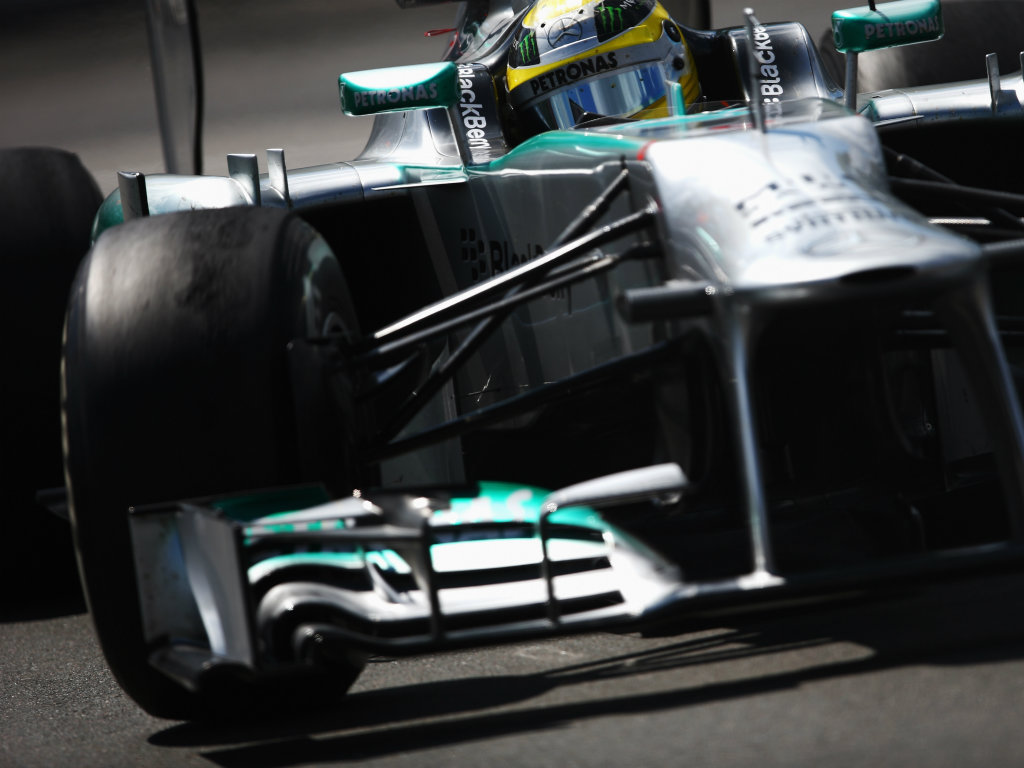 The International Tribunal has ruled that Mercedes’1000km test at Barcelona was unauthorized and a breach of the rules, for which they’ve been given a reprimand and an exclusion from the young driver test. But there are still questions that have been left hanging in the air, some that the tribunal unearthed during the hearing…

Did Lewis really need bodyguards…?
Ross Brawn now says he regrets the fact that Nico Rosberg and Lewis Hamilton completed the test in black helmets. The reason they did that was because they didn’t have “bodyguards” there for the test and did it for security reasons…
Maybe if Fernando Alonso had been running then the team might have needed some security, but the Barcelona Branch of the Lewis Hamilton Fan Club isn’t the strongest branch of the club – and they were probably both working that week, anyway.
This is rubbish. It was done purely to keep a lid on information getting out. Lewis is a prolific tweeter. If the anonymity angle was for circuit security reasons, presumably as soon as the test was finished Lewis could have tweeted about what he’d done.

No advantage from the test…?
Mercedes still insist they got no advantage from the test. Yeah, right. We’re with Ferrari’s ‘Horse Whisperer’ on this one. Having a test at this stage of the season is far more advantageous than having it later in the year. As Horse says: “Don’t tell me that testing for three days on your own at the Catalunya circuit is the same as doing so with nine other teams at Silverstone with a host of young hopefuls at the wheel, in an area where the weather can still be changeable even in the height of summer.” Which is why we think they should have lost a more critical test session – at the beginning of next season.

You can’t rely on “Charlie says”. How long have you been in F1?
Mercedes chose to hide behind the fig leaf that they rang FIA race director Charlie Whiting up to ask his permission. They were keen to play this up in their reasoning before the tribunal. “We rang [FIA race director] Charlie Whiting who we understand to be the man to ring. We rang him twice including with the team principal. We also thought it was a good idea for Charlie to check with the FIA legal department, and he confirmed what we thought and hoped. Critically we would not have proceeded without the agreement we received from Whiting.”
People are always free to ask Charlie things but that doesn’t make him the referee. It’s well known that in races where he is the race director he can be overruled. Take one of the most controversial decisions of all time, the decision to add a 25-second penalty to Lewis Hamilton after he had won the 2008 Belgian Grand Prix at Spa (a decision which ultimately lost him the World Championship).

This is the race where he attempted to overtake Kimi Raikkonen’s Ferrari through the bus stop chicane, but was pushed out wide by Raikkonen who didn’t give him space. Lewis cut the chicane, realised he’d overtaken by doing it, waited for Raikkonen to re-take him, then followed him down to La Source hairpin and outbraked him into that corner. Hamilton won the race, Raikkonen crashed out and two hours after the race the FIA stewards added 25-seconds to his race time making him P3 not P1.
McLaren lodged an official complaint with the FIA about the incident, saying that they had twice been advised by race director Charlie Whiting that Hamilton had correctly returned the position to R