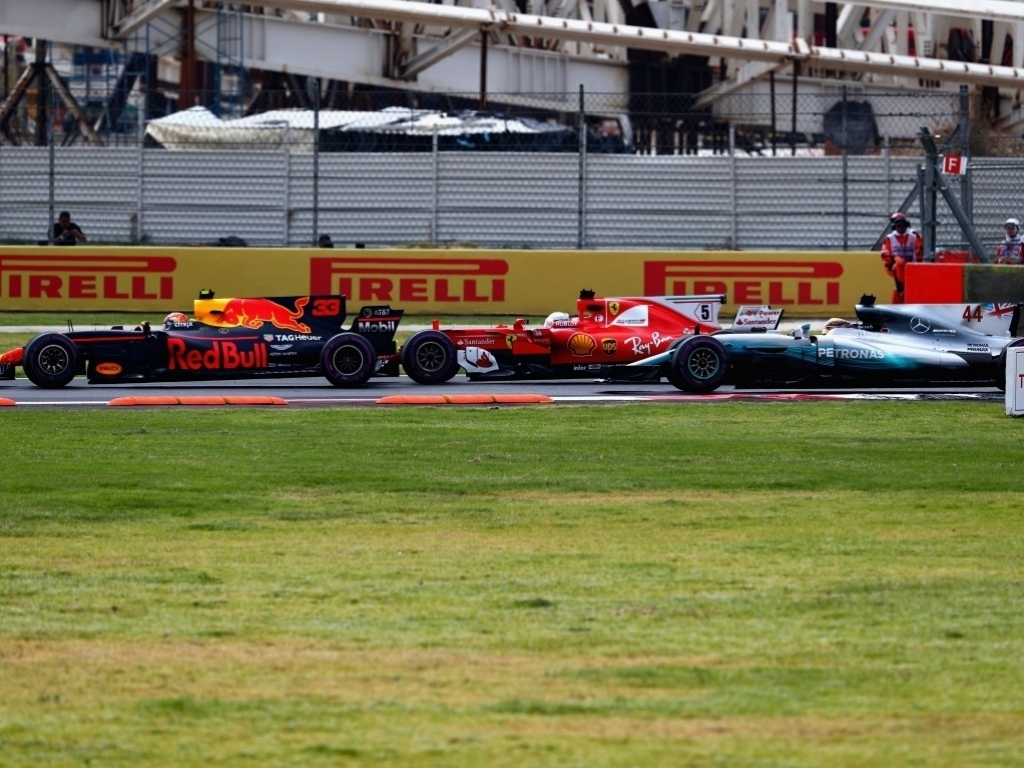 There is a new logo, the Halo is here and grid girls have gone but, despite common complaints, it is not all gloom and doom ahead of the 2018 season.

Just look what we potentially have to look forward to… 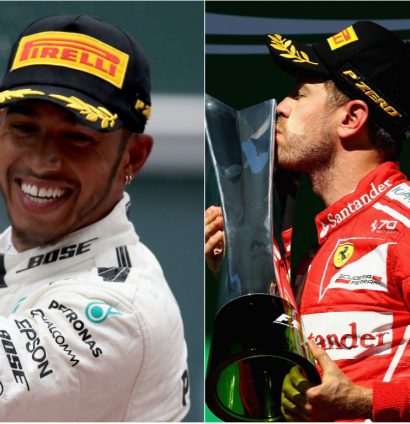 We are still very lucky to have two of the most-decorated Formula 1 champions of all-time on the grid. Wouldn’t it be fantastic to see these two legendary drivers from two dominant teams trade blows for the entire season?

We only got a taste of it in 2017, but we are hungry, salivating for more. Lewis Hamilton will no doubt bring his ‘A’ game and hopefully, hopefully, Sebastian Vettel has taken some anger management classes over the course of the winter.

Although Ferrari hit a brick wall last season after such a promising start, there is still no denying they made a big leap forward and became a genuine rival to Mercedes again. More of the same, please.

There have been some encouraging noises coming from their Maranello base as they put the finishing touches to their car ahead of winter testing, so fingers crossed they are in a position to launch a more sustained attack on the Silver Arrows.

A third rival for the title? 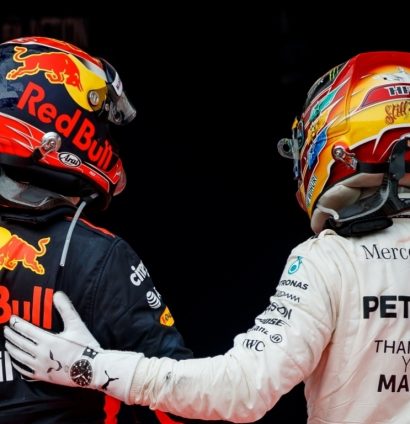 There is every possibility that more invites will be handed out to the 2018 title party. The rampaging Red Bulls began work earlier than usual in a bid to break the mould of starting the season slow and finishing it strong. If they can finally pick up where they left off then they will be a force to be reckoned with.

After retirements in seven of his first 14 races in 2017, Verstappen boosted his credentials of being a future World Champion in the making by winning two of the last six races: Malaysia and Mexico.

Given his young age, the buzz surrounding him and the fact that he has committed his future to Red Bull, he will no doubt be the main driver to lead a potential title challenge despite Christian Horner’s insistence that the team won’t pick favourites.

But, you simply cannot rule out the smiling assassin: Daniel Ricciardo. The awesome Aussie, another 2017 race winner, is driving with his future on the line.

His contract is up at the end of the season, couple that with a strong determination to win the World Championship and we shall hopefully see some more magic Ricciardo performances over the year to come.

If Red Bull don’t materialise as a title threat, he could well earn himself a move to Mercedes or Ferrari, who both have seats available for the 2019 season. 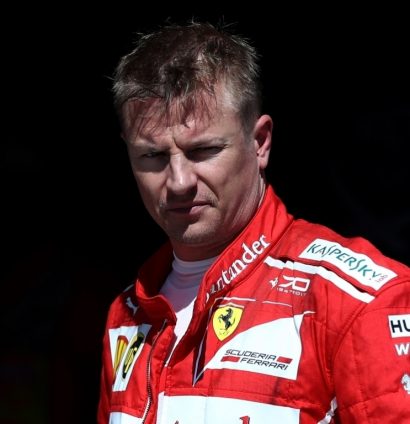 Two Finns, two 12-month contract extensions. It could be the beginning of the end for Valtteri Bottas at Mercedes and Kimi Raikkonen at Ferrari and that could provide a huge opportunity for a vast array of potential candidates.

As mentioned above, Ricciardo has been linked with both drives, while Mercedes-backed Esteban Ocon will be preparing to get the better of his Force India team-mate Sergio Perez in another fierce battle to strengthen his potential claim for the Silver Arrows seat.

And away from the Formula 1 spotlight is Pascal Wehrlein, who still has his admirers at Mercedes. He may have been ditched by Sauber at the end of the 2017 season, but that is no reflection on his talent. A good year with Mercedes in DTM could see him re-enter the frame for 2019.

At Ferrari, rising star Charles Leclerc (more on him later) would be an obvious contender if he can give a good account of himself in his first year at Sauber. Then, lurking in the shadows, is surprise reserve driver Daniil Kvyat who will feel he has unfinished business in Formula 1; and there is Perez and Haas’ Romain Grosjean who have made no secret of the fact that they would love to represent the Scuderia.

Then there will be the usual buzz and speculation surround Fernando Alonso’s future with McLaren. He already has his hands full competing in two race series in 2018 after signing up for the World Endurance Championship with Toyota, but could he be tempted to quit Formula 1 altogether if he cannot compete at the front? 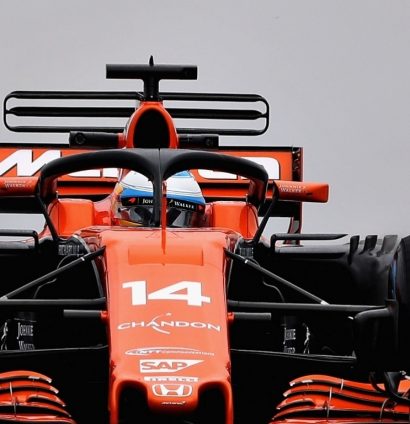 But let’s not dismiss McLaren just yet. After three dark and dingy years with Honda, they could emerge into the light again with their new engine suppliers Renault.

McLaren were adamant that they had one of the best chassis on the grid last season and are confident Renault can help propel them back to where they belong.

Race wins may be out of the question in 2018, but how great would it be to see Alonso, or Stoffel Vandoorne for that matter, in the hunt for podium finishes? Certainly beats seeing the McLaren car on the back of a recovery truck.

They scraped together a measly 30 points in the World Constructors’ Championship last season and were only proped up by Sauber in the standings, so surely this campaign will see some vast improvement from the Woking team.

Can’t wait to find out how good they can be and whether they can live up to the self-imposed hype.

The rise of a new superstar? 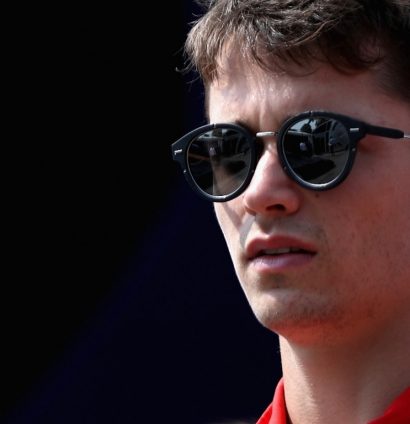 Talking of hype, there is lots of it surrounding Ferrari academy product Charles Leclerc. He took the F2 world by storm last season and has been rightly rewarded with his first taste of Formula 1 race action with Sauber, who will be excited themselves to finally get their hands on a current-spec engine.

At 19 years old, Leclerc became the youngest-ever F2 World Champion and was the first driver since Nico Hulkenberg in 2009 to win the series in his rookie season – something that World Champions Nico Rosberg and Lewis Hamilton also accomplished. Not bad company, eh?

There will be no dominant victories coming his way in 2018 but, with a huge carrot being dangled in front of him in the form a potential seat at Ferrari next year, he will be straining every sinew to show he is ready to jump straight in at the top if the opportunity does arise.

It will be great to see him in action on the biggest stage, as we could well have another Esteban Ocon or Max Verstappen on our hands.