Home Uncategorized Five Things To Look Forward To In 2016 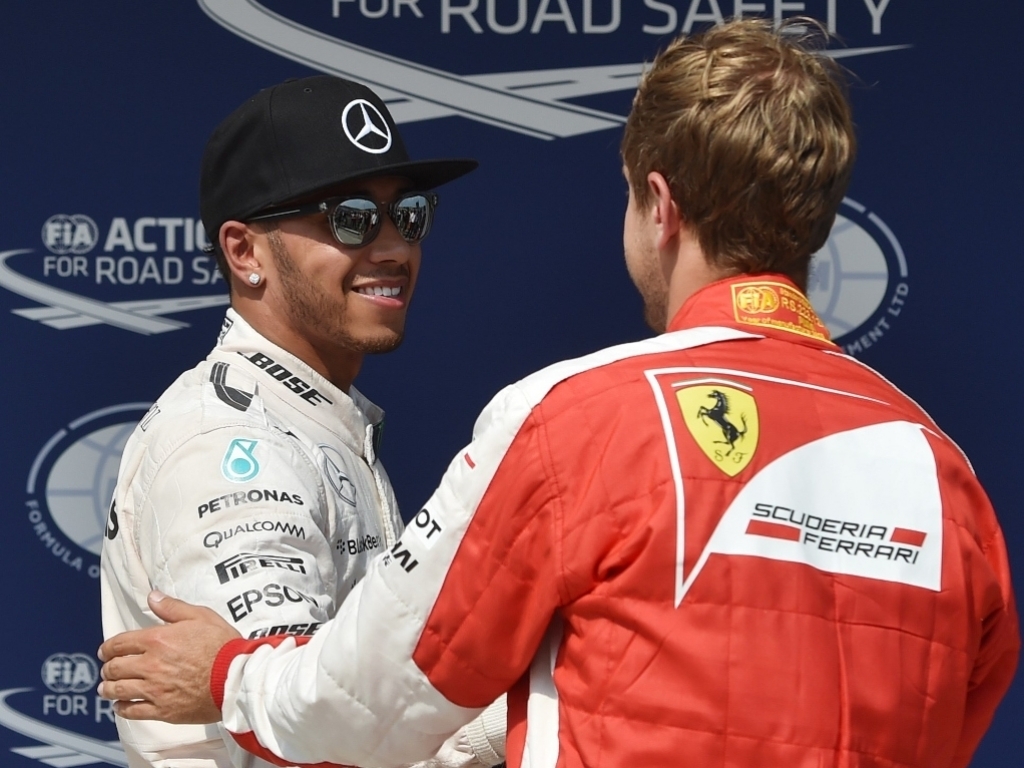 Ferrari Challenging Mercedes
Although many are predicting that this season will once again belong to Mercedes, there is a silver, well a red, lining to the story as those same people believe Ferrari will at least close the gap that little bit more.

Last year the Scuderia fought back from the pace woes encountered in the first V6 season to take the fight to Mercedes. Some Sundays they did, and others they didn’t.

Sebastian Vettel led the charge with three race wins, 13 podiums in total and even a pole position. There was a stage where it appeared as if the German could challenge for runner-up in the championship.

And although that didn’t transpire, many believe that this year – with more engine developments on the way – Ferrari could give Mercedes a tougher challenge.

Mixed Tyre Strategies
Ahead of this year’s championship Formula 1 has opted to spice up the tyre regulations, giving teams more choice over what rubber they run and when.

Pirelli will take three slick compounds to each grand prix and while they will dictate one compound to be run in Q3 and two to be used during the race, the number of sets of each is up to the individual teams. They may also choose to run the other compounds as well.

This, the powers-that-be expect, will shake up strategies especially in the midfield where points are literally gold.

Max Attack From Verstappen
Young Max was arguably the star – at the very least the breakthrough star – of the 2015 championship. Promoted into Formula 1 after just one season in the European Formula 3 Championship, the Dutchman wowed those in the grandstands and in the paddock.

This year Verstappen will have a Ferrari engine at his disposal which he believes could up Toro Rosso’s pace by a second compared to what they were running in 2015 with Renault.

Whether that leads to more ballsy overtakes, more points or perhaps more mistakes remain be seen. In the past new drivers have found the going more difficult in their second season but so far Verstappen has bucked the expected on almost everything so don’t presume that his second campaign will be any different.

McLaren Fightback
2015 was an annus horribilis for McLaren and the returning Honda as they managed just six top-ten finishes, scored a measly 27 points and incurred a 105-place grid penalty at one race weekend alone. Throw in 12 retirements, two non-starts and a whole host of Q3 exits and it was a trying season at best. At worst it was a disaster.

But whether you are a McLaren fan or not, no one really wants to see McLaren-Honda running at the back of field nor drivers with the class of Fernando Alonso and Jenson Button dropping out in Q3.

Both McLaren and Honda have insisted that 2015 was a year of learning and that better results will be on the cards this year. However making up as much as the two seconds that Alonso says they need to do over the winter may be a leap too far.

Who Will Christian Horner Complain About?
Last year Christian Horner spent most of his time complaining about Renault engines, so much so that he tried to cancel the contract. But as none of Red Bull’s rivals were willing to step into the breach the former World Champions opted to continue with the French manufacturer, running rebadged Renault engines under the TAG Heuer branding.

So who exactly will he complain about if the engine fails to deliver?

But don’t worry, we’re pretty sure he’ll find someone to blame if Red Bull don’t return to winning ways.